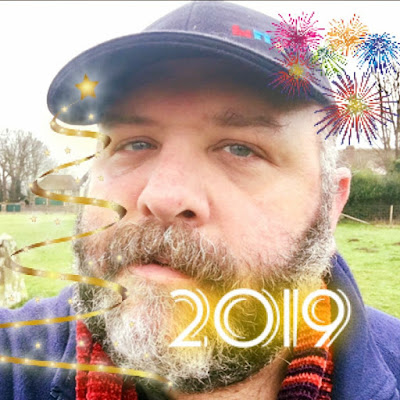 I can't promise that our first post of 2019 will be as epic as our last one from Christmas Eve; but we do have podcast news and one or two photos from over the Christmas break... I was busy recording my annual winter diary episode of the show between Christmas Eve and New Year's Day which involved catching up with one or two friends of the show as well as heading out on location; photos of which will appear in our next post... 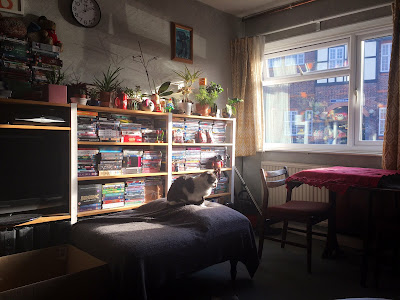 Anyway... This time I have four episodes of the podcast to share with you which came out at the end of the very end of 2018! 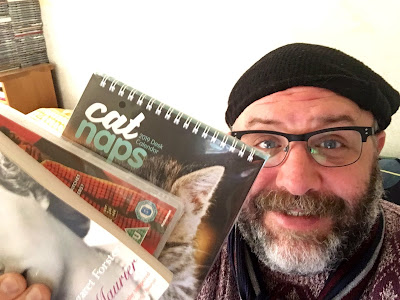 Here we are for episode 216! Cromitty and Yeti Uncle John take over the LIVE Pride48 Christmas Day Breakfast show whilst Paul is still up in space with Ikk. There are some good friends in the chat-room and we do hear from Mr Yeti; but there may be a chance that he won't be back any time soon! In EXTRA material there is singing - another visit to Christmas 1996 Sutton Park and we also hear the 2nd half of Paul's recent visit to Radio Wey with Tim and Nathan, where Yeti Uncle John gets an unpleasant surprise! Thanks to everyone who appeared on this episode or showed up in the Pride48 chat-room to interact on Christmas morning! (Even Deeley!) It was most appreciated! Our next episode, number 217 is the first four Review Shows for 2018 - this time we have two special guests! Do join us, won't you?! Please email me at shyyeti@yahoo.co.uk if you have any comments - you can even send me a sound-file and I'll include it on the show. The music is by Shy Yeti, Luca and The Seaford Singers (and one or two who failed the entry exam!) Sound effects by Paul Chandler and Soundbible. All content of this episode is Copyright Paul Chandler, 2018. Episode 216 was recorded LIVE on 25th December 2018, with inserts and additional material recorded between 11th and 15th December 2018, with Sutton Park clips from Boxing Day 1996. 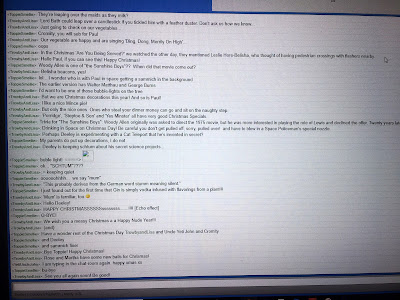 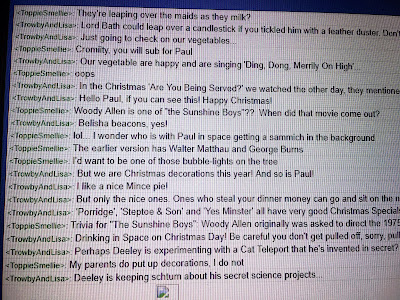 Next up we have the first of four shows which review the episodes of THE SHY LIFE PODCAST which was released during 2018; each edition has a different special guest - in fact #217 has TWO!! 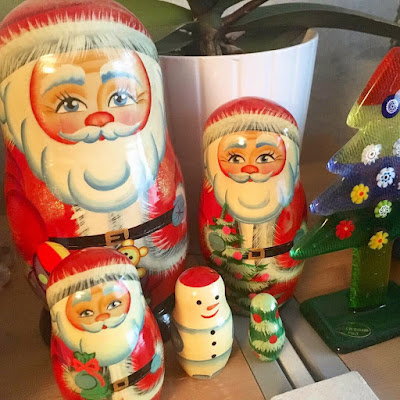 Here we are for episode 217! Paul catches up with old friends Trowby and Lisa from Round The Archives to discuss the first 20 episode of THE SHY LIFE PODCAST released in early 2018. Listeners, do you remember when Ikk got sick? When Toppie helped judge an alien beauty contact or what happened when Bettina and Dameus had their first (kinda) date? What about when the team went on a hunt to meet Nessie or when Ikk first encountered snow?! All this and lots of random chat about pop music and stuff that really annoys us! Our next episode, #218 sees us reviewing some more episodes from the show from Spring and early Summer 2018!! Do join us, won't you?! Please email me at shyyeti@yahoo.co.uk if you have any comments - you can even send me a sound-file and I'll include it on the show. The music is by Shy Yeti and Luca. Sound effects by Paul Chandler. All content of this episode is Copyright Paul Chandler, 2018. Episode 217 was recorded on the 8th December 2018, with random clips from episodes 135-154, released between January and March 2018. 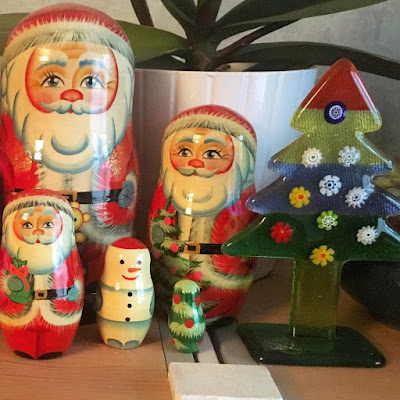 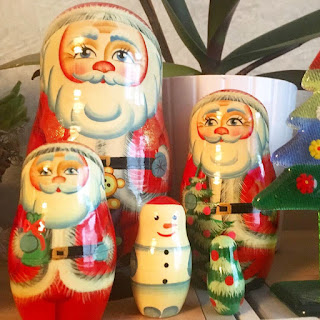 Here we are for episode 218! Paul catches up with old friend, Nick Goodman to discuss 20 more episodes of THE SHY LIFE PODCAST released in Spring and early Summer 2018. Listeners, do you remember when Ikk's peepers were peeper-napped? When Shy Yeti played the fool? (Isn't that EVERY episode?) What about when Paul caught up with Gordon The Cryptkeeper, Beverley From Work, Wifey Jo and Wes from LOTSL? All these episodes and more are covered this time - along with anecdotes from Nick and plenty of clips. Our next episode, #219 sees us celebrating New Year's Eve LIVE on Pride48!! Do join us, won't you?! Please email me at shyyeti@yahoo.co.uk if you have any comments - you can even send me a sound-file and I'll include it on the show. The music is by Shy Yeti and Luca. Sound effects by Paul Chandler. All content of this episode is Copyright Paul Chandler, 2018. Episode 218 was recorded on the 8th December 2018, with random clips from episodes 155-174, released between March and June 2018. 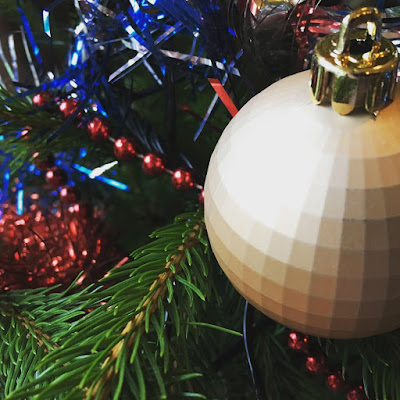 Here we are for episode 219! Paul is still in space - but he's hoping to make it home by New Year; until then Cromitty and Yeti Uncle John are holding the fort! The truth about the recent messages from Zap is revealed - but will Ikk return or has he been frightened off life on earth for good? We also have chat-room chatter and extra material from Sutton Park, some poems and also an exclusive message from Aunt Tappie! Our next episode, #220 sees us continuing to review the episodes which were released during 2018 - in our third episode we chat about shows released during the summer with Jay The Hauntcub from LOTSL. Do join us, won't you?! Please email me at shyyeti@yahoo.co.uk if you have any comments - you can even send me a sound-file and I'll include it on the show. The music is by Shy Yeti and Luca. Sound effects by Paul Chandler and Soundbible. All content of #219 is Copyright Paul Chandler, 2019. Episode 219 was recorded LIVE on the 31st December 2018 and the first few minutes of 1st January 2019, with extra material mostly recorded between the 8th and 14th December 2018 and Sutton Park clips from Boxing Day 1996.

These will probably be the last Christmassy photos that we'll be putting out for a while... 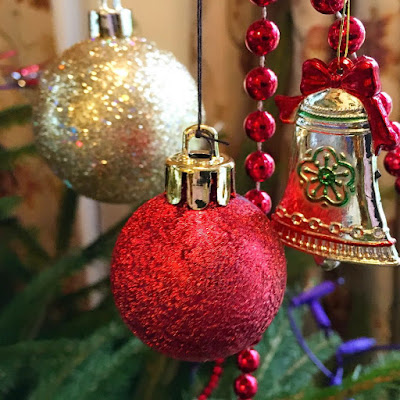 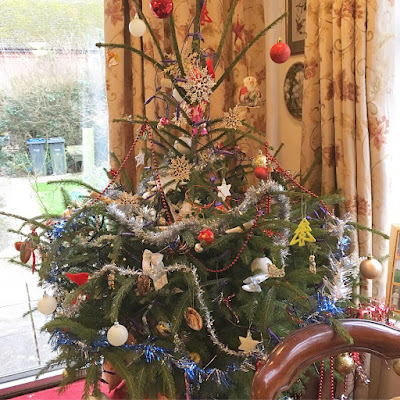 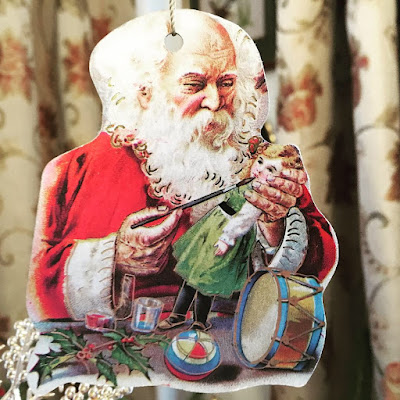 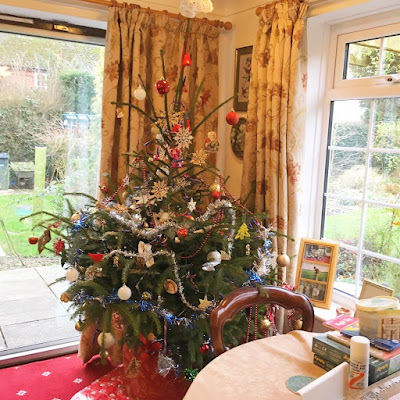 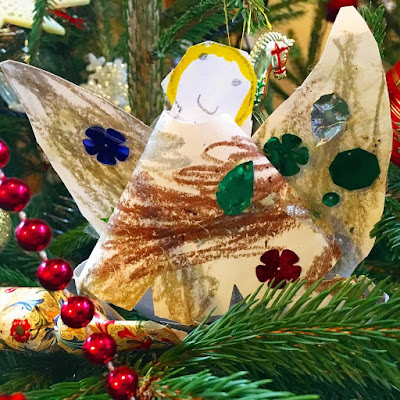 Next time we'll be tip-toeing a little more confidently into 2019 - with more podcast chat and some photos taken during the recording of our annual Winter episode, which we usually do between Christmas Eve and New Year's Day; but that's all for now... 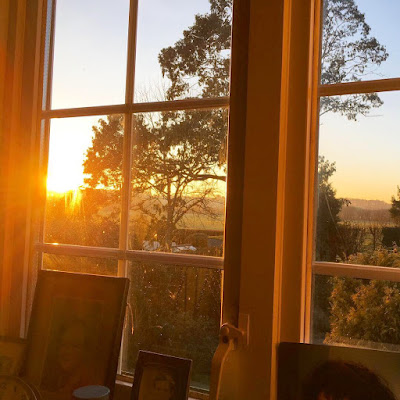 Happy New Year! Our schedule list does tend to change every time I post, but right about now this is a pretty good guide to the episodes that we are hoping to release over the next few months! Anyway - take a look at what we have in store...

The final two episodes of a four-part look at THE SHY LIFE PODCAST in 2018 with clips and special guests...

Paul catches up with Bettina and Dameus and finds out exactly where they've been!

Paul and the gang are back on Pride48 - hopefully things won't be quite so hectic as usual; or will it?

232. The Truth About The Murder Mystery Weekend! 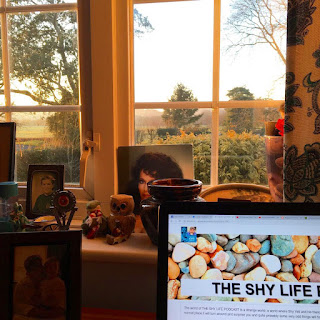 This post and all contents are Copyright Paul Chandler, 2019
Posted by Paul Chandler at Thursday, January 03, 2019