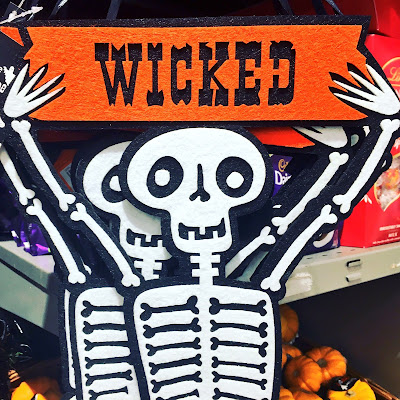 
Just a quick post today for Halloween... I've not written anything new - but I do have a new Halloween-themed podcast to share with you! Here it is!! PS No apologies for how cute Deeley looks in the photo below! (ie: super cute!) 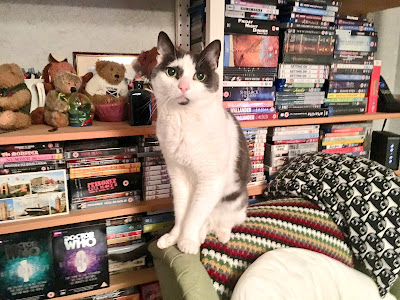 Here we are for episode 202! Mr Yeti presents his Halloween show for 2018 - only it would appear that there is a spook strike on the go and so ghosts are hard to come by! All the same Paul does his very best to put something together - recording on location in a familiar location and attempting a seance using Cuthbert the Robot as a Medium! Thank you to everyone who helped out with this episode - especially Toppie Smellie and Jay The Hauntcub. Our next episode, number 203 is a music special featuring the return of special guest, Nick Goodman - this time we are talking about the music of 1989! Do join us, won't you?! Please email me at shyyeti@yahoo.co.uk if you have any comments - you can even send me a sound-file and I'll include it on the show. The music is by Shy Yeti and Luca. Sound effects by Paul Chandler. All content of this episode is Copyright Paul Chandler, 2018. Episode 202 was recorded between 7th April and 17th October 2018, with clips from ep 200 of SUTTON PARK - recorded in Autumn 1993.

By the way, if you'd like to catch our other Halloween episodes then here are the links:

We have another episode of the podcast to share with you - this one is about the music of 1989...

Here we are for episode 203! This time Mr Yeti catches up with Nick Goodman to discuss the big hits of 1989, on both sides of the pond! We also get a few comments from the regulars about what they were up to back at then! Happy 50th birthday to Nick around the time this show is first released! Our next episode, number 204 is a podcasting response to a recent Smellcast episode (#476) which concerned Ear-worms!! Do join us, won't you?! Please email me at shyyeti@yahoo.co.uk if you have any comments - you can even send me a sound-file and I'll include it on the show. The music is by Shy Yeti and Luca. Sound effects by Paul Chandler. All content of this episode is Copyright Paul Chandler, 2018. Episode 203 was recorded between 15th - 17th September 2018.

I don't have much else to say this post - but there are one or two photos that I've taken in the lead up to Halloween - or cute photos that Toby has taken involving Deeley... (He took the next one - although I took the one at the head of the post!) 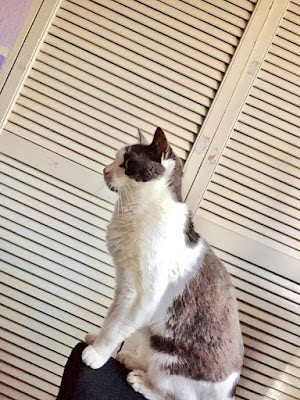 I'm not sure that this counts as Halloween-y - it's just me pulling faces in the library podcasting studios during the recording of a future episode of the podcast; there are plenty more shows to come! 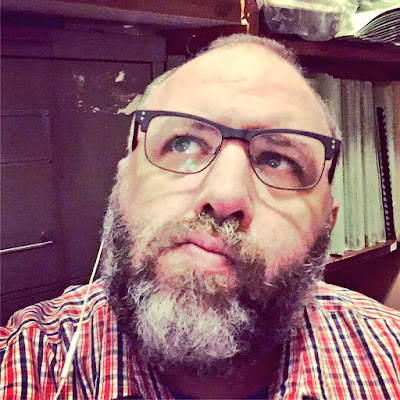 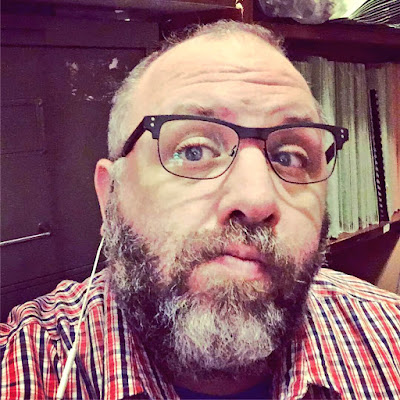 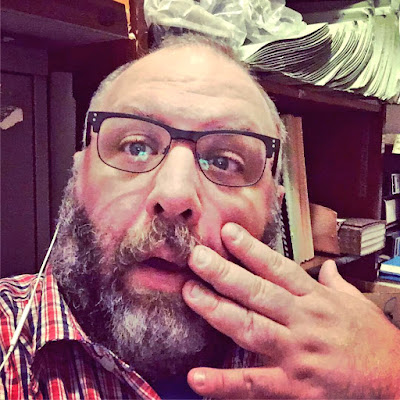 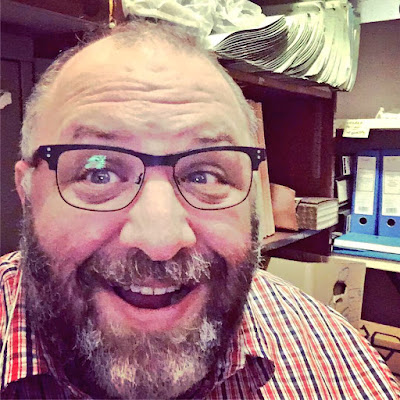 These last few are slightly more autumn-y and perhaps a little more spooky... A path through some woods - some mysterious feathers and an abandoned boot! Yiiikes! 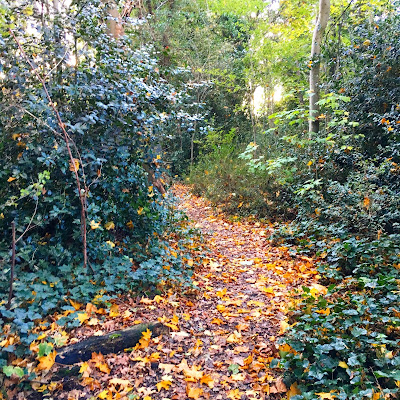 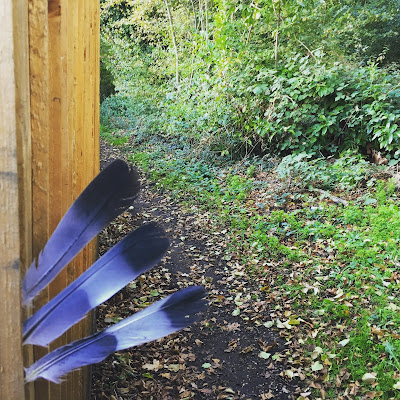 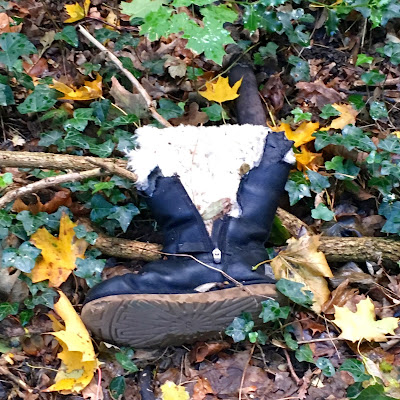 Well, that's all for now - except for another of Toby's photos of Deeley - something spooky but silly that I saw in a supermarket and an old photo of Nick and I from about Christmas 2003! Oh, and there's an update on what podcast episodes to expect over the next few weeks... 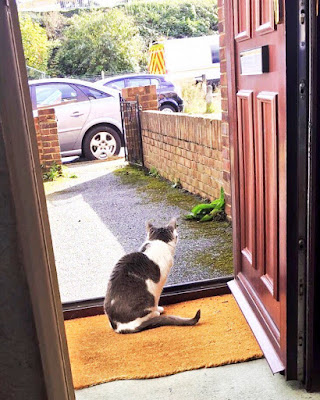 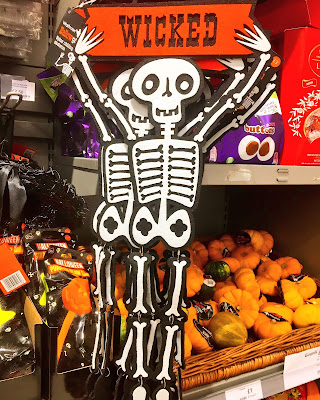 Here we are - on the brink of November and there are plenty of episodes in store and we're constantly recording new shows for you! Our schedule list does tend to change every time I post, but this is a good guide!

209. Catching Up With Cuthbert Computer!

210. The Truth About The Murder Mystery Weekend!

Just for a change Nick and Paul discuss films - this time looking at the year 1972; also Aly (Nick's wife) chats to Paul about some of her favourite films and stage-plays.

### Charlie Grrr and The Pie With The Pastry Plummage! 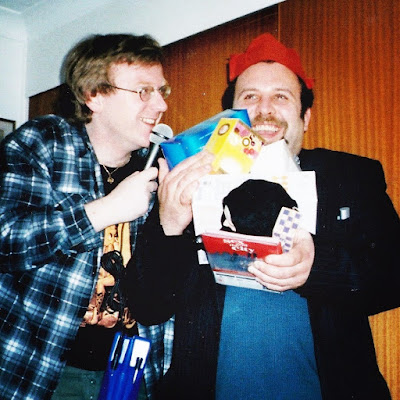 This post and all contents are Copyright Paul Chandler, 2018
Posted by Paul Chandler at Wednesday, October 31, 2018