IT'S TIME FOR ANOTHER SHY YETI BOOK... 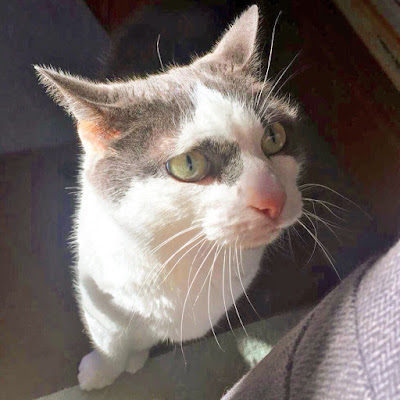 This week we'll be talking about my latest book release - the third season of my script series, HOT STUFF! - which has been in the pipeline for some time now. The third season of it's sister show - KENSINGTON GORE, is well on its way, but won't be released now until early 2019. Anyway - more on HOT STUFF!, season 3 in a bit...

First up though - we have more information and links to a couple more episodes of the podcast - in the first of these Nick Goodman is back with us to discuss the pop music of 1988 in the UK and US... 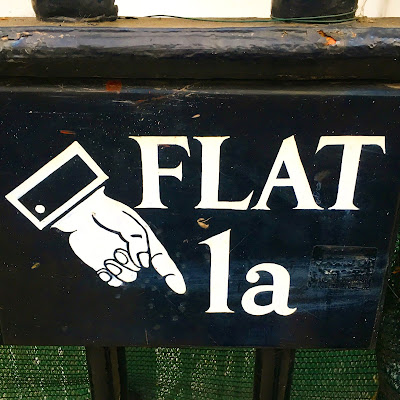 In a change to the scheduled show - here we are for episode 195 and this time friend of the show, Nick Goodman is back to discuss the big hits of 1988 on both sides of the pond! How many of these singles or albums do you remember or own? All this and Paul answers a listener's music-related question about two much-missed pop stars who first came to fame during the 1980s. Our next episode, number 196 is one that I first started work on it when we last visited Brompton Cemetery in early January 2017 and then recorded scenes with a number of guests throughout 2017 and 2018; finally it's ready to be released! Do join us, won't you?! Please email me at shyyeti@yahoo.co.uk if you have any comments - you can even send me a sound-file and I'll include it on the show. The music is by Shy Yeti and Luca. All content of this episode is Copyright Paul Chandler, 2018.  Episode 195 was recorded between the 20th June and the 18th August 2018.

Next up - an episode that we first began work on in FEBRUARY 2017, but which I only completed recording work on last week!! 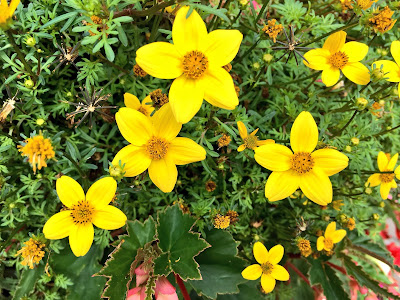 Here we are for episode 196! This one has also been brewing for quite some time - in fact I started work on it when we last visited Brompton Cemetery in early 2017 and then recorded scenes with a number of guests throughout the year and into 2018; finally I'm ready to release it! Thank you to all my special guests for this episode - Toby, Alena, Toppie Smellie, Nick Goodman - with additional thanks to Big Fatty for allowing me to use clips from the pilot episode of Big Fatty Online. Special thanks should also go to Paul H and The Odstock Players - as recorded back in 1984 during a production of "Joshua Scamp - The Musical!" Our next episode, number 197 is all about what happens when Paul finally gets to meet a long lost relative named Algernon! How ever will Yeti Uncle John react!? Do join us, won't you?! Please email me at shyyeti@yahoo.co.uk if you have any comments - you can even send me a sound-file and I'll include it on the show. The music is by Shy Yeti and Luca. Sound effects by Paul Chandler. All content of this episode is Copyright Paul Chandler, 2018 except for clips from the BFO.  Episode 196 was recorded between the 25th February 2017 and the 14th September 2018.

Finally this post here we have an exciting episode as we join Paul as he meets his long lost Cousin Algernon; but can he be trusted? Yeti Uncle John isn't so sure... 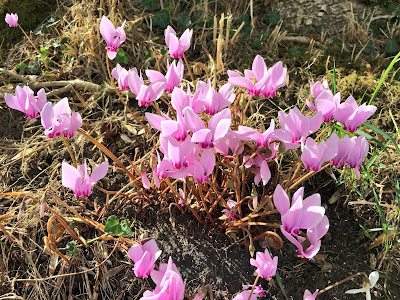 This time on THE SHY LIFE PODCAST we join Mr Yeti as he finally makes contact with his long lost cousin Algernon via Skype. Exciting plans are afoot and Paul is keen to help out however he can - and it appears that some manner of fundraising might be required to get Algernon a ticket to London! All the other regulars are enthusiastic, meanwhile Yeti Uncle John appears jealous; is he being unreasonable or does he have every right to be suspicious!? There are also poems and archive clips during this episode; it's a lot of fun! Thank you to special guest Jay The Hauntcub for all his help with this edition of the show. Our next episode, number 198 is a flashback to earlier in the year - as Paul finds himself pulled into a mystery down in the Kent countryside where he comes face to face with an old nemesis. Do join us, won't you?! Please email me at shyyeti@yahoo.co.uk if you have any comments - you can even send me a sound-file and I'll include it on the show. The music is by Shy Yeti and Luca. Sound effects by Paul Chandler. All content of this episode is Copyright Paul Chandler, 2018.  Episode 197 was recorded between the 9th August and the 11th September 2018 and also contains clips from Sutton Park from Easter 1994; thanks to all involved.

Next up I'd like to tell you about my latest book - which is due to be released on Friday 5th October 2018!! 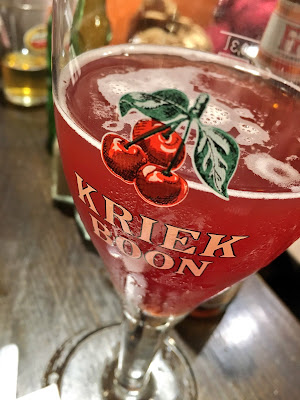 Here we present season three of HOT STUFF!! In which Horner returns from holiday to find that Spectrum Library has changed dramatically in the short time that he has been away... It appears to be something to do with a mysterious gent known as D.J. Tom who has recently begun working in the library. But who is he and what is he up to?

Here are the covers - followed by further details and links: 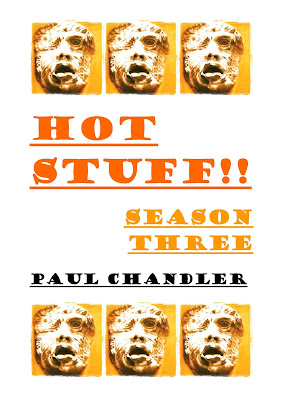 The book is available in both hardback and paperback - it is 144 pages long and contains 8 scripts which make up the new season. 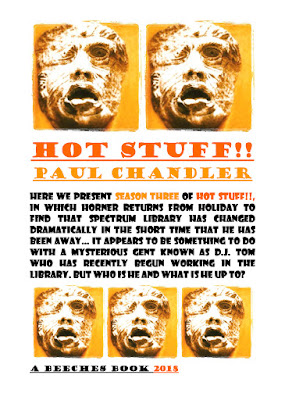 As we say on THE SHY LIFE PODCAST sometimes... Moving on... 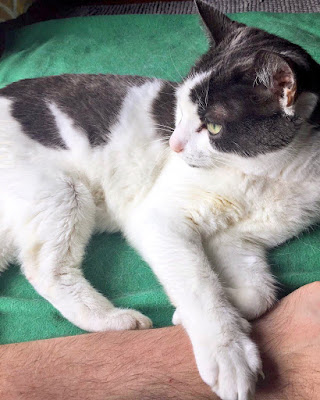 Next time I'll have more information on the podcast as it approaches its 200th episode and I've also been chatting with THE BEARGRRRIAN GAZETTE again about what I've been up to of late...

PS Thanks to Toby for the lovely Deeley photos this time. 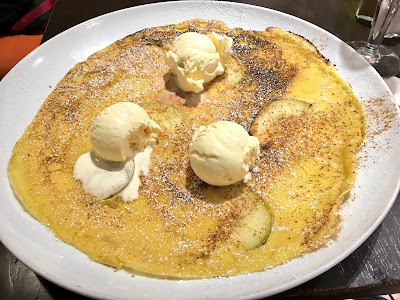 It's October! How did THAT happen!?! Not to matter - we've still got plenty of new episodes to present you with between now and New Year's Eve... Of course, we're also recording new shows along the way and so this list tends to change every time I post. Our next really big episode will our 200th edition which should arrive by mid-October; we'll have a new theme tune for you then too!

Paul is lured into making a journey to a far off place where he encounters a very familiar nemesis... or two! Cromitty travels with him - but can he do anything to help get Paul safely home!?

199. An Invasion Of Shelving Imps

Paul shows the gang around the library during the college summer holidays - only to realise that the Shelving Imp problem may well be getting out of hand...

Paul presents his live show for October - hopefully with fun extra material for those who download! 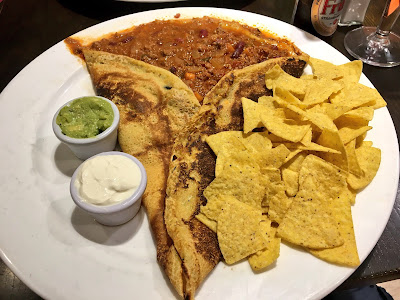 This post and all contents are Copyright Paul Chandler, 2018.
Posted by Paul Chandler at Wednesday, October 03, 2018