WHAT WE'VE BEEN UP TO ON THE PODCAST... 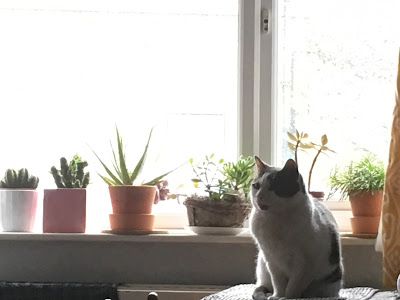 APPROACHING EASTER AND GOING BEYOND...


I'd like to tell you that I have lots of exciting plans for the Easter weekend - but at time of writing we're really not at all sure what we'll be up to. The weather is still quite erratic and the trains even more so. Our last couple of weekends have involved watching old films (The Seven Year Itch / Rear Window) - eating delicious food - chatting with Deeley and editing, of course. Still - the Easter weekend is longer - so we're really hoping that we can get out for, at least, a little while... We shall see! It would be nice to get out - take some photos and record for the podcast on location. I'm definitely going on Radio Wey again on Saturday evening (31st March) and then we're rapidly approaching my week away in Kent soon afterwards... I'm sure we'll get busy doing something - but I might not be sure about exactly what until the Easter weekend arrives! I am working on an Easter Hangover episode to be released next week - not to forget our April Fools' Day episode; which this year actually falls on Easter Sunday.

Talking of which - we need to speak about recent podcast episodes...

This episode I recorded at Nick G's house - although he does not appear himself. I was staying with Nick and Aly, but wasn't feeling up to the bingo night and so stayed home and recorded one of those episodes which is mostly done in one take. When editing I included some more SUTTON PARK clips which I'd recently uncovered from 1996 which covers a period when I was moving house and was about to start a new job. There is also a cameo from Ikk and a jelly monster at the end - but otherwise there is very little input from the regulars. 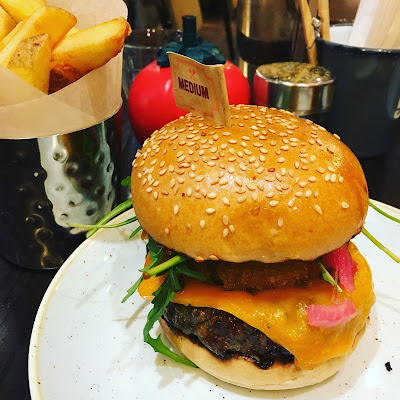 Here we are for episode 153 - which finds Paul house-sitting for his friend Nick, whilst not feeling especially well after dental work! He is also thinking about the old days of SUTTON PARK after re-watching episodes from Summer 1996 - a period when he was going through a lot change. He was starting a new job and moving to a new area of the country - something that continues to influence his life in 2018. Paul shares clips from these episodes, reads a verse or two and chats about his weekend - but is he really as alone as he first thought he was? Our next episode, number 154 sees Paul presenting his live Pride48 show for March 2018. Do join us, won't you?! Please email me at shyyeti@yahoo.co.uk if you have any comments - you can even send me a sound-file and I'll include it on the show. The music is by Shy Yeti and Luca. Sound effects by Paul Chandler. All content of this episode is Copyright Paul Chandler, 2018.  Episode 153 was recorded on 9th March 2018, with SUTTON PARK clips from late June/early July 1996.

Next up it's our live Pride48 show for March - we had a little hiccup during the broadcast as the clocks had changed in the US, but not in the UK and so the server thought that I'd exceeded my 90 minute time period for broadcasting, when in fact I'd only been on for half hour... Luckily I had quite an exclusive audience and was able to give them a link to a separate feed that I'd been given access too and they were able to hear the second half of the show via that; of course the podcast version doesn't have any of these problems and the errring and ummming whilst I sorted the problems have been edited down. I was quite pleased with the little messages that I had set aside for this edition - from Bettina (doing cooking!), Ikk (talking about the first time that he met an alien) and Yeti Uncle John (reporting big news!!) Extra material this time was more from episode 100 of SUTTON PARK from Summer 1993, including bits with Nick G and my old friend Andrew R; there will be more from this episode next month, I suspect.

Here we are for episode 154 - our live Pride48 show for March 2018 in which Ikk shares an anecdote of the time he first met an alien - Bettina shares a recipe and Yeti Uncle John has a surprising piece of news for everyone... In extra material Cromitty and Martin disagree as to which old SUTTON PARK clip should be shared! Our next episode, number 155 sees Paul and the regulars discussing travel... Do join us, won't you?! Please email me at shyyeti@yahoo.co.uk if you have any comments - you can even send me a sound-file and I'll include it on the show. The music is by Shy Yeti and Luca. Sound effects by Paul Chandler. All content of this episode is Copyright Paul Chandler, 2018.  Episode 154 was recorded on 18th March 2018, with extra material recorded on 13th March 2018 - with SUTTON PARK clips from the Summer of 1993. (Episode 100, again!)

Next up we have an episode all about our travels - I share some of my memories and ask the regulars about some of their adventures - looking to the past and also forward to their future plans...

Here we are for episode 155 - and this time we are off on our travels... Well, actually - NO - we're not - but we are here to talk about holidays; not just Mr Yeti, but also a number of the regulars. There are also poems and clips from a December 1998 episode of SUTTON PARK recorded in France. Our next episode, number 156 sees us adventuring forth to investigate the mysteries of the legendary Brompton Time Machine... Do join us, won't you?! Please email me at shyyeti@yahoo.co.uk if you have any comments - you can even send me a sound-file and I'll include it on the show. The music is by Shy Yeti and Luca. Sound effects by Paul Chandler. All content of this episode is Copyright Paul Chandler, 2018.  Episode 155 was recorded between the 17th January and 22nd March 2018, with SUTTON PARK material from December 1998.

I have also loaded up a couple of SUTTON PARK clips on Youtube which relate to the audio featured during episode 155 - recorded on 14th December 1998 - they can be accessed at the following link: 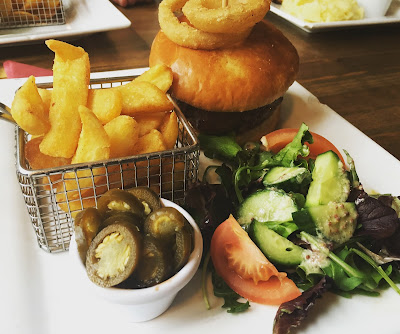 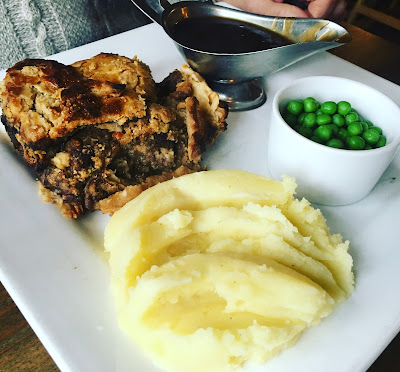 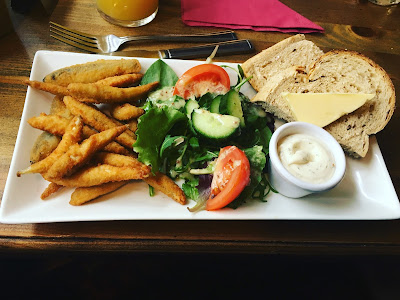 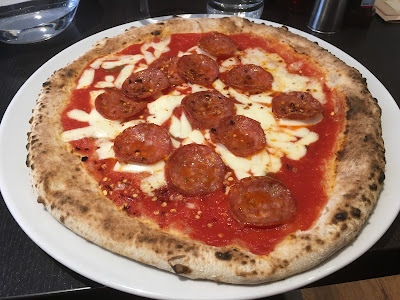 Next time we'll discussing more podcasts - looking forward to our trip to Kent and preparing ourselves to be interviewed once again by our friends from THE BEARGRRRIAN GAZETTE... It'll be Easter too - so hopefully we'll be getting out and about and will have some nice spring-time photos to share with you! I think there will also be a script relating to one of our forthcoming episodes which will have just been released by that stage! 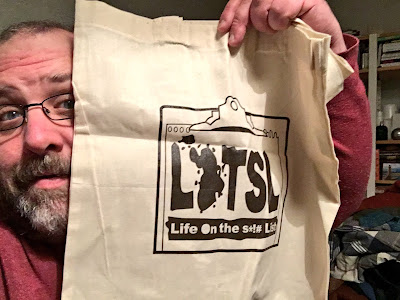 As we draw towards the end of March we have a number of fun episodes coming up before Easter...

156. Peeper-napping And Other First World Problems

Paul reflects on how things got slightly out of hand over Easter - chocolate can be fattening, but when Ikk shares an alien equivalent to chocolate everything gets a little out of control ...

We catch up with Paul during a relaxing week away recording and editing podcasts - whilst putting his feet up he answers questions for a number of listeners and also shares a pre-recorded chat with Nick Goodman. It all sounds very nice, but the regulars are not happy that they are not involved in events...

161. Return Of The Brompton Time Machine

162. Bettina and the robot butler

Maybe John appears to have been eaten? But he hasn't been... Martin investigates... Ikk feels guilty.

P.S. Some screenshots from some Summer 1996 episodes of SUTTON PARK... 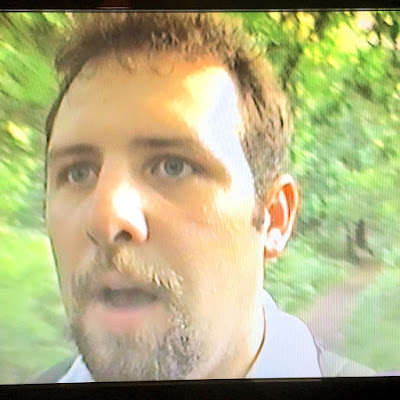 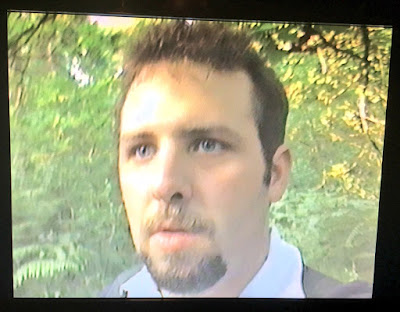 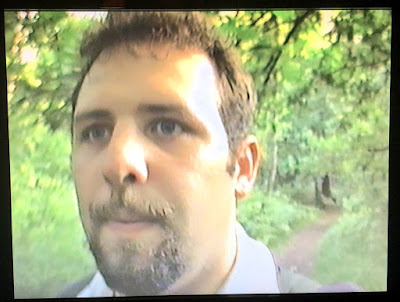 This post and all contents are Copyright Paul Chandler, 2018.
Posted by Paul Chandler at Wednesday, March 28, 2018