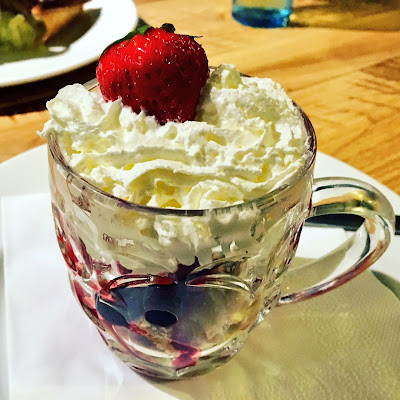 WE HEART YOU, READERS...


This time we're celebrating Valentine's Day! Yes! Yes! We know we're a day or two or three or four or... well, we may be about a week late - alright, over a week - but our Valentine's SHY LIFE PODCAST episode was on time (just about!) and and that's the main thing... Anyway, I was sick last week - so that didn't help... Anyway, here it is - the Valentine's one!! (and a couple of other episodes to boot!)

Here we are for episode 145 and it's time to (slightly belatedly!) celebrate Valentine's Day and it's time for a very important date... On the eve of a big Valentine's date we hear from Bettina who shares a couple of anecdotes about how she and Dameus grew closer! There are also poems and a number of messages from our regulars, not to mention a clip from episode 1800 of SUTTON PARK from 1997. Our next episode, number 146 is all about a year in pop music - yes, Nick and I will be discussing 1986!! Do join us, won't you?! Please email me at shyyeti@yahoo.co.uk if you have any comments - you can even send me a sound-file and I'll include it on the show. The music is by Shy Yeti and Luca. All content of this episode is Copyright Paul Chandler, 2018.  Episode 145 was recorded between 28th December 2017 and the 13th February 2018. This episode was adapted from an unproduced episode which I had intended to record during 2017 provisionally entitled "Driving Miss Bettina".

Here we are for episode 146 and Nick and I are discussing the music of 1986 on both sides of the pond! Meanwhile, Ikk ropes Toppie Smellie into judging an alien beauty contest and Scotty The Aussie Battler calls in to leave a message! All this and there are poems, voices, Sutton Park clips and Nick also gets to chat to some of the regulars. Our next episode, number 147 is our LIVE episode for February 2018 - and Ikk plans to practice his mind-reading skills on some of the team!! Do join us, won't you?! Please email me at shyyeti@yahoo.co.uk if you have any comments - you can even send me a sound-file and I'll include it on the show. The music is by Shy Yeti and Luca. Sound effects by Paul Chandler. All content of this episode is Copyright Paul Chandler, 2018.  Episode 146 was recorded between 27th January and the 15th February 2018.

Here we are for episode 147 and this month Paul himself is full of cold for the live show - but never fear, he has edited out all the coughing and snuffling bits to save you having to listen to that! Thankfully he also has some pre-recorded scenes to share where Ikk explores his ability to mind-read Paul, John and Cromitty. He truly is a talented little alien!! Bettina and Dameus phone in a message and there is extra material from an episode of 1998 Sutton Park and a chat with Nick G. Our next episode, number 148 sees us heading off to Scotland to attempt to communicate with The Loch Ness Monster! Do join us, won't you?! Please email me at shyyeti@yahoo.co.uk if you have any comments - you can even send me a sound-file and I'll include it on the show. The music is by Shy Yeti and Luca. Sound effects by Paul Chandler. All content of this episode is Copyright Paul Chandler, 2018.  Episode 147 was recorded LIVE on Sunday 19th February 2018 between 9 and 10 pm, with extra material recorded back on the 24th June 2017 - and S.P. clips from February 1998.

At the end of my previous post I promised you some news about the next book that I'm publishing - I'm expecting to finish 3 or 4 (possibly more) this year which I've been working on at the same time as one another for the last couple of years. Anyway, the one that looks like being the first to the finishing line is the third season of HOT STUFF!! So - you may be asking - what's this one about? Well... I promise that I'll tell you a lot more in a week or two - just know that it's on it's way!!

Next time there will be more on the podcasts and maybe a new prose piece too... That's all for now...

This one has also brewing for quite some time - in fact I started work on it when we lasted visited Brompton Cemetery in early January 2017... I recorded scenes for this one with a number of guests throughout 2017 - and now is finally time to release it! 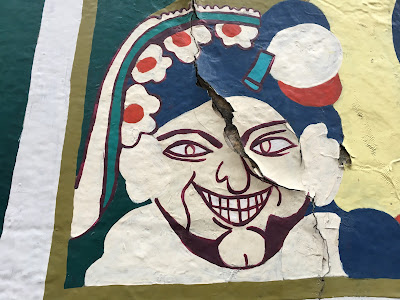 This post and all contents are Copyright Paul Chandler, 2018.
Posted by Paul Chandler at Thursday, February 22, 2018