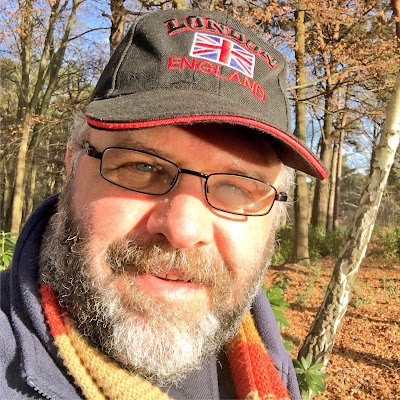 MORE PODCAST EPISODES AND MY NEXT BOOK...


This time on the blog we're going to be discussing some of the podcast episodes that I've released since we last posted and I'll also tell you about getting back on Radio Wey again with Tim and Nathan on Saturday 10th February 2018.

First up here's a little piece about me and my past creative endeavours from the Round The Archives podcast:

That was nice, wasn't it! So kind! ;) Nick G and I recorded a new article about the 70s TV show THRILLER just the other weekend and that should be appearing in a forthcoming episode of ROUND THE ARCHIVES! Always a pleasure!

Next up - our most recent episodes of the podcast... Uh oh! Deeley's in a mood that we've kept him waiting! 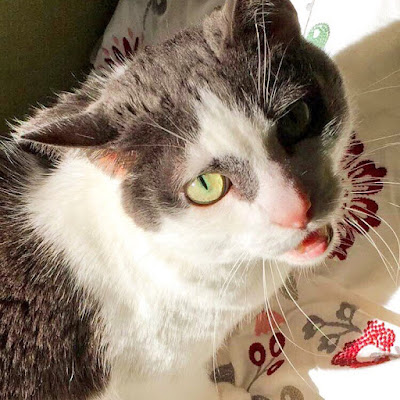 Here we are for episode 143 in which Mr Yeti gets a chance to catch up with his good friend and fellow podcaster, Mr Toppie Smellie from The Smellcast. There are questions! Many questions! From Paul, Yeti Uncle John and Cromitty and also appearances from Bettina, Ikk, Martin, Charlie Grrr, Cuthbert, ThatOtherRobot and even Dragon Albert! Not only are there questions - but Paul shows Toppie a Shelving Imp nest! What a joy! We also have a special appearance by The Smellcast's very own Aunt Tappie! Our next episode, number 144 has many old clips from Sutton Park from the late 90s, amongst other things! Do join us, won't you?! Please email me at shyyeti@yahoo.co.uk if you have any comments - you can even send me a sound-file and I'll include it on the show. The music is by Shy Yeti and Luca. All content of this episode is Copyright Paul Chandler and Toppie Smellie, 2018.  Episode 143 was recorded between the 16th December 2017 and the 28th January 2018.

Next up we're delving deep into the past... 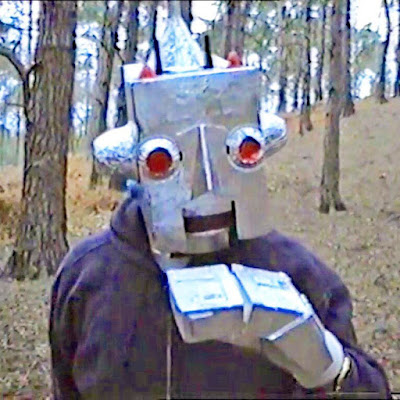 Here we are for episode 144 in which Mr Yeti takes the opportunity to head back to the library where he worked between 1996 and 1998 for a Christmas Party - this gives Cromitty the chance to share a number of clips from Sutton Park which were recorded during these years; from episodes between #1612 and #2096. There are also poems - cameos by the regulars and a brief hello from one of our favourite ladies! who he also first met (along with Calum) whilst working at this library. (Yes, it's Wifey Jo!) Thanks to all the stars of this episode - both old and new! Our next episode, 145 is our Valentine's Day episode and we have a very important date to keep! Do join us, won't you?! Please email me at shyyeti@yahoo.co.uk if you have any comments - you can even send me a sound-file and I'll include it on the show. The music is by Shy Yeti and Luca. All content of this episode is Copyright Paul Chandler, 2018.  Episode 144 was recorded between 14th December 2017 and the 5th February 2018, with additional material recorded between 1996 and 1998 as part of Mr Yeti's show, SUTTON PARK, much thanks go out to Lee F, Harry F, George W and Daphne L for their appearances. 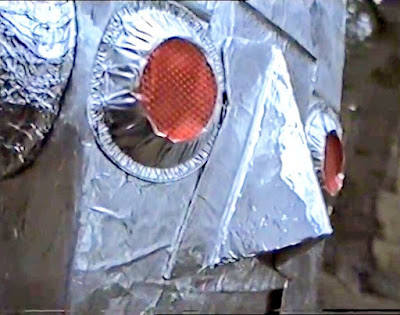 One of the clips that appear in this episode on audio can also be viewed as a video on my MRSHYYETI Youtube page - it is from episode 1612 and 1613 from SUTTON PARK from February 1997. There are loads more to check out on the channel!

Here are some photos taken during the recording of episode 144 whilst returning to Camberley, where I lived between 1996 and 1998. 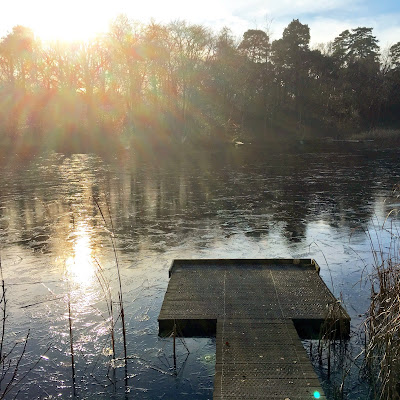 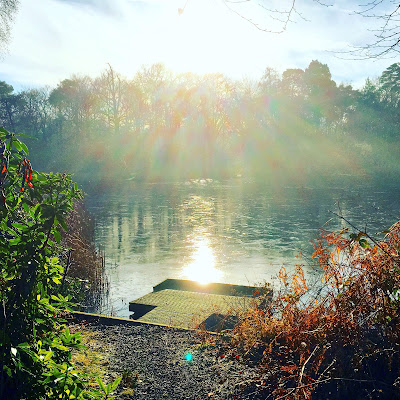 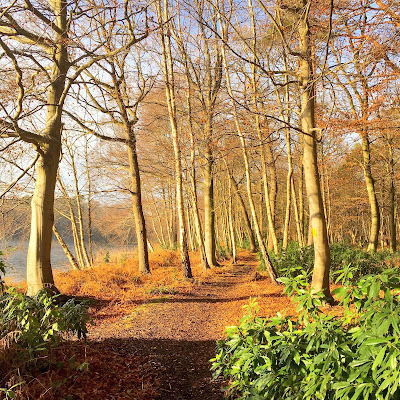 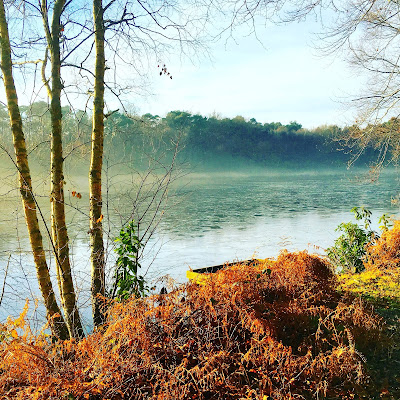 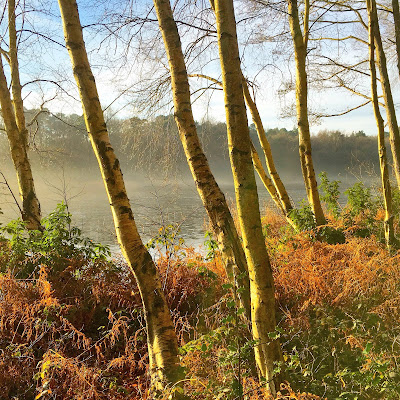 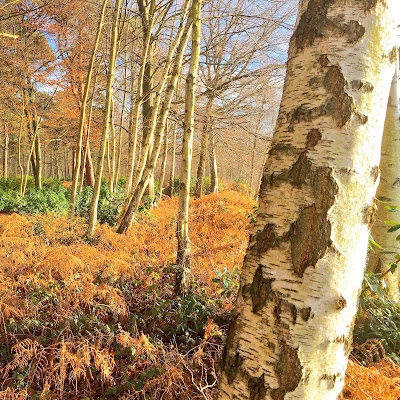 Now - at the start of this post I promised to tell you a bit about going on the radio again with Tim and Nathan. I'm hoping to release what I recorded as a future podcast... Yeti Uncle John even made a brief cameo - bringing Valentine flowers in for Tim's show regular Gladys.

The poems I read were:

Tim and I also helped out with a little sketch that Nathan wrote - and I also talked a little about my future writing (and podcasting!) projects. Next time there will be a bit of belated Valentine's chatter - not to mention info on a special episode of the podcast... All that and I'll have a new short prose piece and I'm hoping to tell you about my next book which I hope to release - hopefully sometime in April... 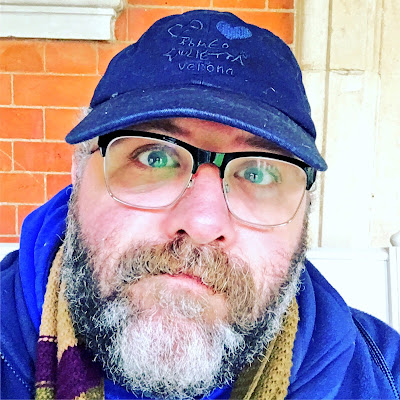 Paul and Nick G talk all about the music of 1986 and compare what was happening in the UK and US.

Once again - this episode is fixed to a specific date - so it might end up changing number; but in Cromitty will attempt to mind-read some of the regular cast-members!!

This one has also brewing for quite some time - in fact I started work on it when we lasted visited Brompton Cemetery in early January 2017... I recorded scenes with a number of guests throughout the year.

### The Great Bingo Scam
Someone is rigging the bingo so that they win - is it one of the regulars or someone more sinister? 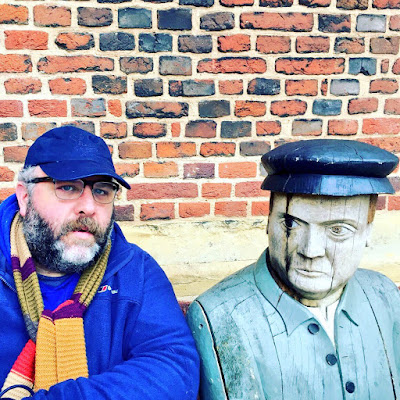 This post and all contents are Copyright Paul Chandler, 2018.
Posted by Paul Chandler at Sunday, February 11, 2018