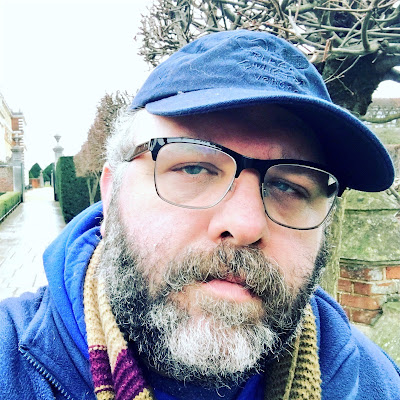 
Originally I had planned to go into great detail on all my creative projects for 2017 - but as I did so much (especially in podcasting avenue!) it just got a bit out of hand to be doing links to every episode and all the various bits and pieces that are here on the blog! I did it in 2016 and it was a nice post to present - but I let myself down in 2017 and didn't keep it updated and now 2018 has started...  I don't have the time! (cries!) Anyway - I'm going to talk about some of the projects that I've worked on during 2017, but first I'll tell you about some of the most recent episodes of the podcast...

Here is the last of our truly Christmassy episodes - although as we put out so many episodes around this time that Christmas creeps into a lot of the shows that came out towards the end of 2017 - and my first couple of 2018! Anyway...

THE SHY LIFE PODCAST - 133: TWO XMAS DAY SHOWS FOR THE PRICE OF ONE!

Here we are for episode 133 as we go LIVE on Pride48 on Christmas Day to see how everyone is doing! Santa is in the chat-room, Toppie Smellie is keeping in touch and Cromitty, Yeti Uncle John and Charlie Grrr are helping Paul out with some amateur dramatics! There is also extra material in the form of highlights from Tim Mitchell's Radio Wey Christmas Day Show - transmitted, but not recorded on Christmas Day and which Yeti Uncle John and Mr Yeti were part of! Our next episode, number 134 is coming soon - but we're not quite sure which one it'll be! (Mr Yeti has a cold and a lack of decent internet!) All the same do please join us, won't you? Please email me at shyyeti@yahoo.co.uk with any comments - you can even send me a sound-file and I'll include it! The music is by Shy Yeti, Luca and The Seaford Singers (17/18 Model). All content - except for Nathan J's contributions - is Copyright Paul Chandler, 2017. Episode 133 was recorded on 25th December 2017, with extra material recorded on 9th December 2017. Thanks to Tim Mitchell and Nathan Jones for the use of material from our Radio Wey Christmas Show.

Here we are for episode 134 as Toppie Smellie joins me to review the year's output of SHY LIFE PODCAST episodes! Ikk is also on hand to help out!! There is lots of natter and lots of clips! What more could one want for an episode? Thank you to Toppie for all his help during this episode and also to everyone who has appeared on the show or helped out during 2017! Thank you also to all our listeners for their support! Next episode we'll be celebrating New Year's Eve LIVE on Pride48! Do please join us if you can - or catch up with the podcast release of the episode when it emerges in early 2018. Please email me at shyyeti@yahoo.co.uk if you have any comments - you can even send me a sound-file and I'll include it on the show. The music is by Shy Yeti and Luca. All content is Copyright Paul Chandler, 2017. Episode 134 was recorded between 18th November and 23rd December 2017.

Here we are for episode 135 as Mr Yeti says his goodbyes to 2017 with help from Yeti Uncle John, Cromitty and The Chat-room. Ikk is also on hand - but it soon becomes evident that the evening may not be as much of a celebration as everyone was hoping! We also have extra material - a behind the scenes segment, a creepy Christmas story and an out-take from The Radio Wey Christmas Special with Tim and Nathan. Thank you to Paul H for his seasonal message and also to my team - all my guests and to all you listeners for your support during 2017!! May 2018 be another successful year! Next episode we'll be catching up with Bettina - with a little flashback to her past, amongst other things... Do please join us, won't you?! Please email me at shyyeti@yahoo.co.uk if you have any comments - you can even send me a sound-file and I'll include it on the show. The music is by Shy Yeti and Luca. All content is Copyright Paul Chandler, 2017. Episode 135 was performed live just before 11pm on 31st December 2017, into the first few minutes of the new year - 1st January 2018. The extra material was recorded in late November and also between the 8th and 9th December 2017.

Here we are for episode 136 and we look back into the past with Bettina and Cromitty - reflect on current matters with Ikk and Paul and consider the future with Yeti Uncle John and Dameus Twinklehorn. Thank you to Toppie Smellie for allowing me to include a near-complete version of episode 450 of The Smellcast as part of this episode. Our next edition, number 137 sees Paul back in Salisbury talking to a very old friend who we've not previously spoken with! Do join us, won't you?! Please email me at shyyeti@yahoo.co.uk if you have any comments - you can even send me a sound-file and I'll include it on the show. The music is by Shy Yeti and Luca. Episode 136 was recorded on the 2nd January 2018, with archive clips recorded between 1992 and 2017! Episode 450 of The Smellcast was originally released on the 11th August 2017 and was entitled "The Life And Times Of Betsy and Tootsie", it is Copyright Toppie Smellie, 2017. All other content of this episode is Copyright Paul Chandler, 2018.

We've pretty much got the first two months of the 2018 season of THE SHY LIFE PODCAST either in the can or part-recorded - well, other than the live episodes, of course!

Whilst I'm at it you may wish to click on this link - it's my updated website where you can find all the episodes of the podcast in one place:

Returning to the blog itself - I made the slightly unfortunate decision to change the background theme back in the autumn - I'm not really sure that I intended to, but before I knew it - it was done and I couldn't reverse it. Unfortunately this has messed with a lot of how the blog is viewed going back over past years - but I've tried to make the 2017 ones, at least follow the new format and will hopefully go back over the older posts eventually.

2017 was my 15th year of this blog and I continued to post on it regularly - usually about once a week... I won't be presenting a long list of these or of the podcasts - especially as I have just presented my SHY LIFE PODCAST Review Of The Year for 2017 and you can take a listen to that instead! I did publish a number of new stories and poems here on the blog - but they'll be released soon as part of my next collection of prose and poetry, so if you've not read them already you may end up doing so when the new book comes out in the Spring/Summer. 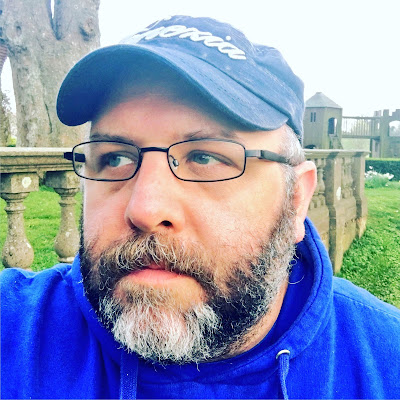 The following are the books that I published this year:

This year I released the following new titles - all of which I'd been working on for a number of years.

We join Horner, Warren, Katrina and Colin as they head to Italy on an all-expenses-paid trip to Venice! But there is trouble in store – murder, in fact! What can be done? Who is to blame? Who will be “got at” next? The Beast Crew try to help whilst trying to avoid getting “bumped off” themselves!

If you'd like to read a scene or two from my book - YETI DON'T FALL BACKWARDS - a "lost" BEAST OF FRIENDS script-book, then I also posted about that during February when it was released: http://thedaffypoet.blogspot.co.uk/2017_02_19_archive.html 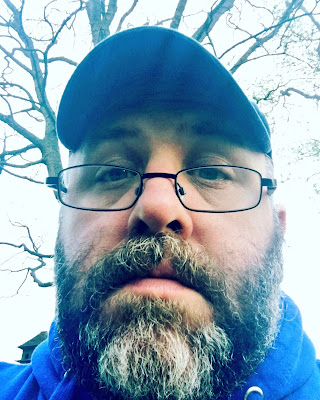 August saw me finally releasing the second seasons of these series - the adventures continue...

Here we present season two of HOT STUFF!!, in which the past rolls back to cause trouble for those who work in Spectrum  Library. There are a couple of new arrivals, one who may be undead and another who may be the reincarnation of the old head librarian! It's all go... What is more, one of the staff is being haunted by the ghost of his dead wife... (144 pages)

KENSINGTON GORE focuses on a trio of friends who care-take a mysterious apartment block in the Kensington Gore area of London. They are Katrina, Warren and Lucy (who also featured in THE BEAST OF FRIENDS script-series) and on this occasion their troubles come from a mysterious lady called Adrianna and also from a ruthless vampire called Lombardo Braithwaite who intends to cause murderous havoc! (144 pages)

APPEARANCES ON OTHER SHOWS...

During 2017 I sent recorded messages to THE SMELLCAST, BIG FATTY ONLINE, VERA SPEAKS... FOR REAL, TASTES LIKE BURNING and also recorded a number of articles for ROUND THE ARCHIVES - answering questions on Cult TV and doing articles on Bergerac and the 1974 Dr Who story, Invasion Of The Dinosaurs. I also made two appearances on L.O.T.S.L. during the year. I also made a number of appearances on Radio with Tim and Nathan - and one appearance on Radio Woking, also with Tim and all of these appearances made it into SHY LIFE PODCAST episodes during 2017; with Yeti Uncle John even showing up to help out on our Christmas edition.

PROJECTS I'VE BEEN WORKING ON...

This year I've been working on the following projects - those starred projects (*) I hope will be my main releases in 2018.

I've also been working on a book about the first 100 episodes of the podcast - but I've only got up to episode 19, so far!

I think that's about it for 2017 - although I'm sure there will be something I've forgotten! Sorry, it's not in as much detail as I did for 2016 - but I'm sure it's actually quite enough detail for most people!

Next time I'll be presenting to you the first poem that I've completed in quite some time - it's called BITE - that's all I can say for now!! 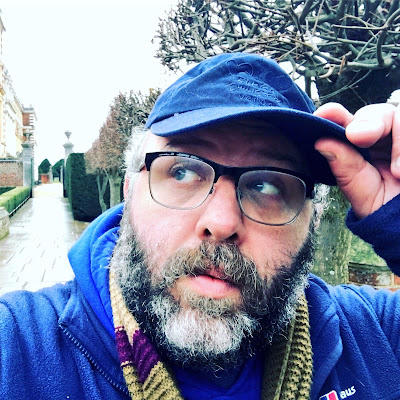