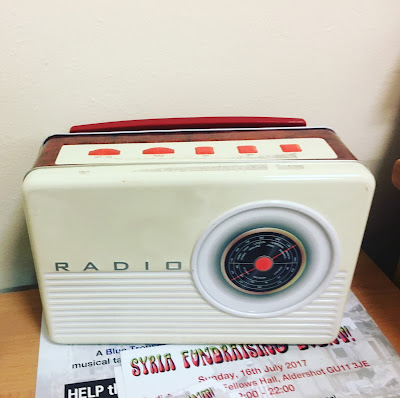 
This time we're going to be looking back to last week when I made a surprise visit to Radio Woking to be on a two hour show with Tim M whose Radio Wey show I occasionally appear on. Tim had been asked to stand-in for the usual host and asked me to join him which I was very glad to do so! To be honest I hadn't been feeling too well that day, but I soldiered on - although eventually did come down with something that put me out of action for a day or two! But still..., At this stage - on the evening of Tuesday 27th June 2017 between 8 and 10pm I valiantly stepped up to the microphone to read poems on Radio Woking and Tim and I gave the listeners a full Radio Wey Experience! (What a horrible wet night it was too! Not very summery, at all!! Perfect for listening to Yeti Poetics on the wireless!) 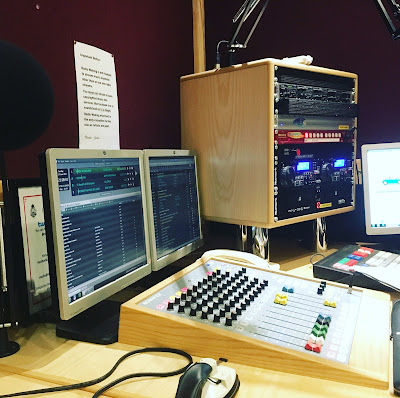 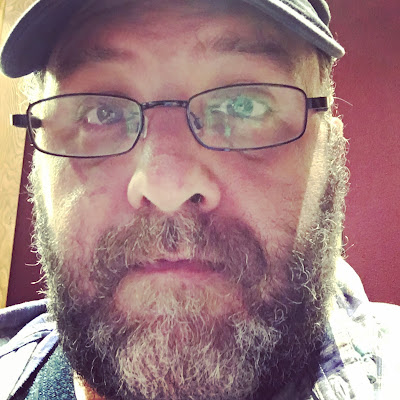 The poems I read were from my compilations SHY YETI RULES OK and SHY YETI STILL RULES OK:

THE TRUE LIGHT
THE UNAFFORDABLE FJORD
MY CREATIVE GNU
IS IT CHRISTMAS ALREADY?
THE SORRY TALE OF FRED THE DINOSAUR 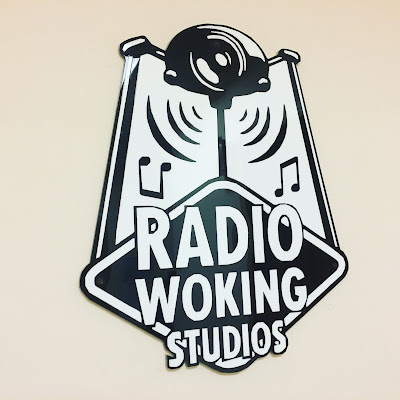 These are all poems that I've read before on the radio - although MY CREATIVE GNU makes a slightly more rare appearance - a poem inspired by my old friend and Sutton Park collaborator, Lee Freeman who I've not heard from in some years. Lee is one of those people who you don't easily forget and all my friends who worked with him on Sutton Park often ask after him; although sadly I have no news. At very least we do have all his Sutton Park performances now preserved digitally to enjoy again.

Back to the radio, I recorded everything that I read - and hope to include it in a future podcast episode, but I want to find a slightly different way of using it. I have ideas and if you keep tuning in you'll eventually see too!

I have two new podcast episodes to tell you about...

A good deal of our first podcast episodes was recorded way back in January this year - but I've been holding it back to be released around the time of the 10th anniversary of my RHYMES BEARS STEAL PIES FOR collection - only I'm now about a month late in releasing it! I thought it had come out in June 2007 - sorry, sorry RHYMES!! Never mind! Anyway... Here it is...

Here we are for episode NINETY - where this time we are taking time out to celebrate the 10th anniversary of my RHYMES BEARS STEAL PIES FOR book. We present you with a selection from the collection and also discuss the difficulties of naming creative projects with friend of the show, Nick Goodman. All that and we hear from the regulars and also some of what Ikk has been getting up to on other people's shows. Thanks to Nick for his help with this edition! Our next episode, number 91 is busy brewing right now and should be ready to be served in the next few days! Do join us, won't you?  Please email me at shyyeti@yahoo.co.uk if you have any comments - you can even send me a sound-file and I'll include it on the show. The music is by Shy Yeti and Luca. All content of this episode is Copyright Paul Chandler, 2017.  Episode 90 was recorded between the 3rd January and 23rd June 2017.


It's nice to finally have released episode 90, considering that a good deal of it was recorded over six months ago. As for episode 91, the majority of this show and the following 2 episodes were recorded right at the end of March and into the first week of April whilst I was away on holiday down in Lyminge near Folkestone...

Here we are for episode NINETY ONE - where this time we see the return of Shy Yeti from The Other Dimension!! He appears to be posing as our Mr Yeti and has launched a new show THE SHY YETI BIG TOP KAPOW SHOW, which is very similar to THE SHY LIFE PODCAST, only worse. Well, you may disagree - so have a listen!! How will the real Shy Yeti cope with the imposter's return? This is the first of a three part adventure filmed on location down in Kent, in the Canterbury area. Thanks to Tony Smiley - errr - Toppie Smellie, sorry - for his help with this edition! Our next episode, number 92 takes a look at what Paul and his team have been planning to try and send the Other Dimensional Yeti packing in the second of a trilogy of episodes. Do join us, won't you?! Please email me at shyyeti@yahoo.co.uk if you have any comments - you can even send me a sound-file and I'll include it on the show. The music is by Shy Yeti and Luca. All content of this episode is Copyright Paul Chandler, 2017.  Episode 91 was recorded between the 31st March and 1st July 2017. 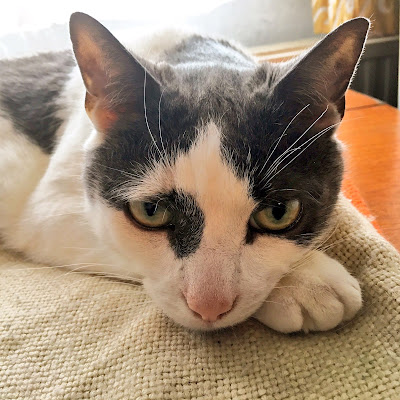 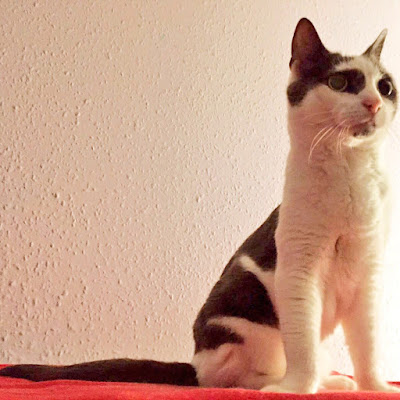 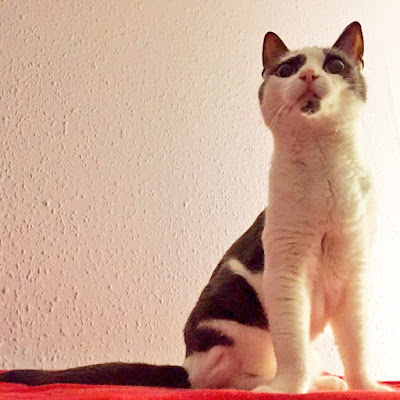 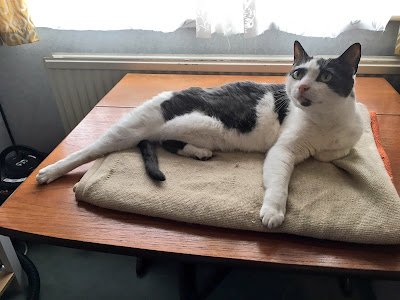 More Deeley photos! Well, he is our mascot - who can resist his aloof purriness! Not me, that's for sure!!

Next time I may have a new piece of prose for you and soon after I'm hoping that I'll start sharing information about my next two script-books, the second seasons of both HOT STUFF and KENSINGTON GORE... There will also be plenty of more news on the next couple of podcast episodes. It'll be fun, I promise! 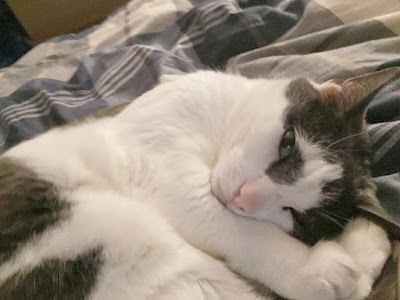 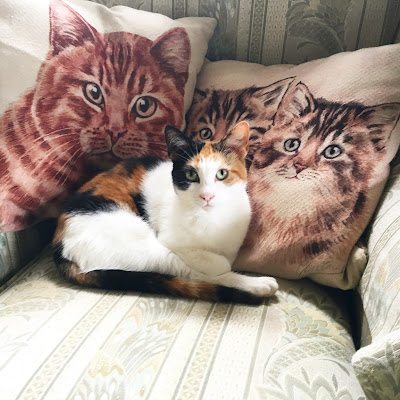 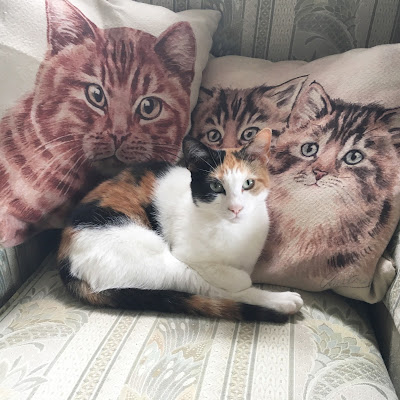 This post and all contents are Copyright Paul Chandler, 2017.
Posted by Paul Chandler at Tuesday, July 04, 2017