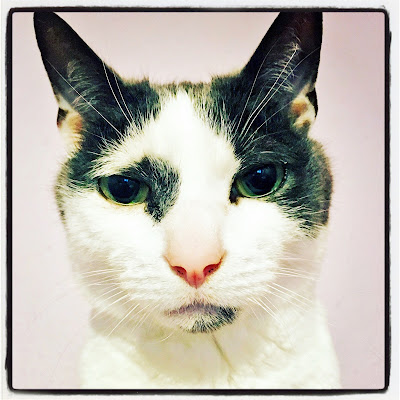 This week I want to tell you a bit about some of the forthcoming episodes of THE SHY LIFE PODCAST which I have been working on recently. I've stock-piled quite a few and have a load more yet to record on my run up to episode 100 and beyond...

Before we get on to that I'd like to share with you our most recent episodes, already published...

Here we are for episode SEVENTY NINE - where this time we join Mr Yeti for another live show full of voice messages - chat-room banter - one or two poems - live satellite link-ups and maybe a bit of chatter about the 1st anniversary of the podcast and the 15th birthday of our www.shyyeti.com blog. Thank you to Toppie Smellie for the use of a clip from episode 442 of The Smellcast. Our next episode, number 80, harks back to a time before Ikk The Alien arrived when Mr Yeti was missing the aliens. Do join us, won't you? Please email me at shyyeti@yahoo.co.uk if you have any comments - you can even send me a sound-file and I'll include it on the show. The music is by Shy Yeti and Luca. All content of this episode is Copyright Paul Chandler, 2017. Episode 79 was recorded on Sunday 21st May 2017, with all pre-recorded segments recorded on 28th April 2017.

Here we are for episode EIGHTY - where this time we reflect on some dark times when Paul was really beginning to miss the aliens - but how things improved once Ikk arrived on the scene. We also here a number of alien and Ikk-related inserts that have appeared on other little Pride48 shows so far this year... We also hear from the regulars and are treated to a number of Paul's daft ditties. Thank you to Nick Goodman for his appearance in this episode and also additional thanks to Big Fatty for the use of clips from his show, Big Fatty Online. Our next episode, number 81 - sees Paul, Ikk and Yeti Uncle John heading out to buy some books for the library - but finding a published diary with some revelations contained within. Paul is also back on Radio Wey and he catches up with a very special guest from the world of Pride48!! All this and much, much more!! Do join us, won't you? Please email me at shyyeti@yahoo.co.uk if you have any comments - you can even send me a sound-file and I'll include it on the show. The music is by Shy Yeti and Luca. All content of this episode is Copyright Paul Chandler, 2017.  Episode 80 was recorded between the 26th February and the 25th May 2017.  This episode is available on Soundcloud, iTunes, Acast and Podbean.

Here we are for episode EIGHTY ONE - where this time Paul heads to Oxford with Yeti Uncle John and Ikk to buy some books for the library - on the way he shares poems recently recorded on Radio Wey and also an exclusive interview with Scotty The Aussie-battler, Pride48 podcaster-supreme. Thank you to Scotty, Tim Mitchell and Nathan Jones for appearing this time!  Our next episode, number 82 - sees Ikk receiving a special gift from his Uncle Toppie from Pickle Hollow! I'm away on and off for the next couple of weeks - but I hope to have episode 82 with you very soon, so do join us, won't you? Please email me at shyyeti@yahoo.co.uk if you have any comments - you can even send me a sound-file and I'll include it on the show. The music is by Shy Yeti and Luca. All content of this episode is Copyright Paul Chandler, 2017.  Episode 81 was recorded between the 17th and the 23rd May 2017. 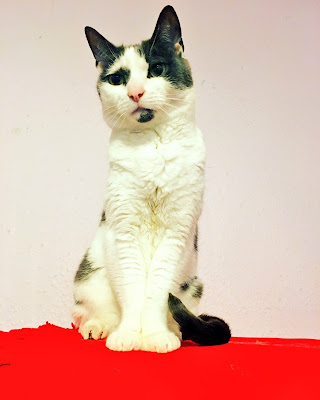 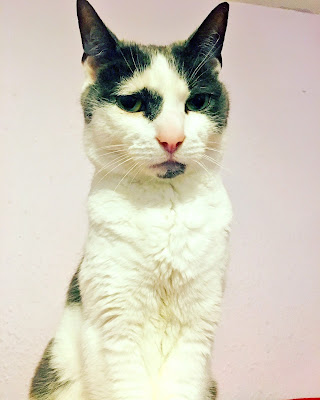 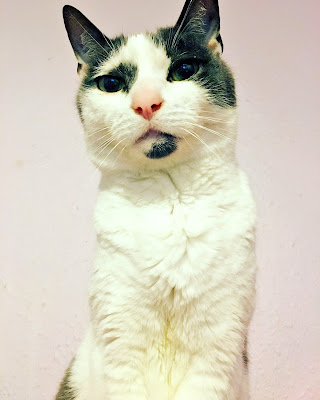 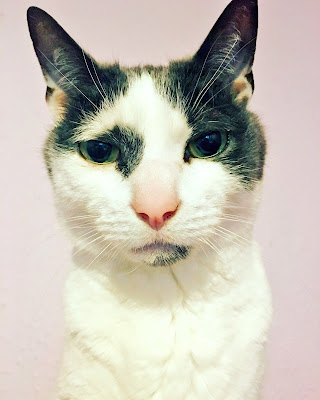 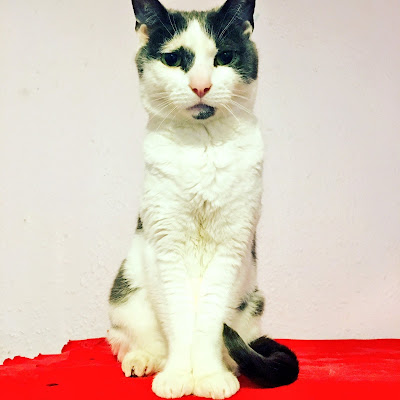 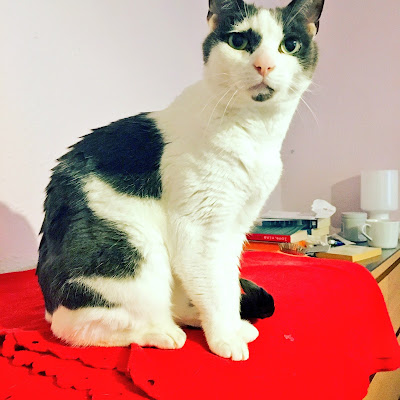 Moving on - I'd like to share with you some of the episodes that are to come over the next couple of months or so - leading into mid-Summer 2017... All titles remain provisional and are in no exact order as this has not yet been decided upon...

Listen in and see what happens when Ikk receives a box of Peepers from Toppie Smellie himself. The regulars are all quite supportive - although maybe one of them is trying to get rid of the little creatures... But who!?

THE HAUS OF BETTINA...

In which Paul, Dameus and Yeti Uncle John go to visit Bettina at home and are surprised by how big the house is where she lives... Will one of the team get lost in the maze of corridors? Will we finally get to meet Nathan? What is on the menu come dinner time? All this and many more questions will be answered!!

In which Yeti uncovers some tapes that unearth a secret about one of Ikk The Alien's relatives... This leads to the aliens inviting he and Paul to help produce an alien boy band... When it becomes a success Charlie Grrr's attentions are alerted - could the aliens end up as the number one across all of the galaxy?

In which Ikk The Alien presents a documentary about his time back on earth and introduces his alien colleagues to characters from THE SHY LIFE PODCAST and PRIDE48.

In which Paul and his friends discuss the blurring line between fact and fiction - in their previous writing projects and in the podcast itself...

In which Mr Yeti celebrates the 10th anniversary of his 2007 collection RHYMES BEARS STEAL PIES FOR...

In which THE SHY LIFE PODCAST is turned over almost exclusively to Bert and Gert...

RETURN FROM THE OTHER DIMENSION (3 PARTS)

Exciting events take place when the Other Dimensional Paul returns to this dimension and decides that he wants to start doing his own show! Real Paul, Yeti Uncle John and others do their very best to prevent him from doing anything that could ruin the reputation of THE SHY LIFE PODCAST.

This time on THE SHY LIFE PODCAST Yeti Uncle John is full of the joys of quizzing!

Paul and some of the team get themselves locked inside the library podcasting studios and so they just knuckle down and carry on... Little do they know that they are not entirely alone...

This time on the show we meet a number of guests - including a friendly zombie called Henry Moss and Gladstone McWhiskers, the Mouse Of Commons himself...

In which Uncle John is inspired by Toby to become a tour-guide - but there may be more to it than just showing tourists around London Town.

SMALLER ON THE INSIDE

Mr Yeti decides to investigate the secrets of the Brompton Time-Machine and is surprised by just how far it gets him! I actually still have quite a bit of this to finish off - so don't expect this one too soon!

Yes! It is already recorded! In which Mr Yeti and Uncle John present a summer-time Halloween adventure when they visit a haunted house; there they encounter a ghostly show-off... and also a familiar face who is acting slightly peculiarly!?!

Of course I also aim to keep doing my monthly live show on the 3rd Sunday of every month... As you will have seen I did my 8th live show just the other day and in June I expect to do my 9th show AND my 10th - the latter being as part of Pride48's live-streaming event between the 23rd and 25th of June... I'm quite excited about this and have a particularly silly episode planned - I also expect to have a co-host for that show; more on that nearer the time...

As far as future episodes that I expect to be recording in the next few months - I certainly have plans to record during my trip to Hamburg in late May/early June and will also be recording a good deal of episode 100 in Jersey soon after. I will be in Dunbar and the local area (including Edinburgh) in late July and then in the Lake District in late August. I also have plans for a possible trip to Lille in the Autumn and then possibly Seville or somewhere warmish for my birthday in the autumn.

Next time I'll be reporting back from my trip to Hamburg - or, at least, I think that will be the plan!! 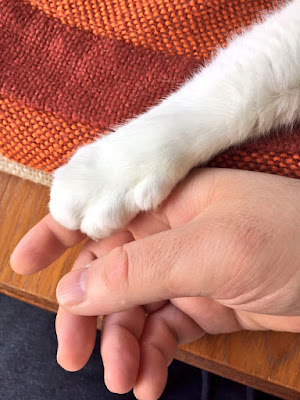