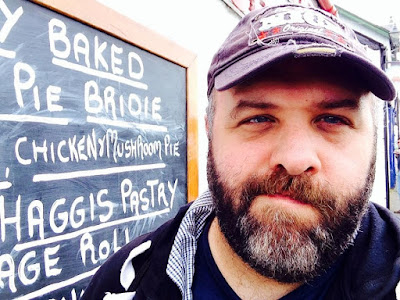 This week, before we reach the main point of this post, I would like to briefly point out that this is our 350th post!! We're not looking too bad considering that we were founded circa 2002! Next year will be our 15th year! Some anniversaries I like to look back into the past of this blog, but on this occasion, with a new book (or even two!) out almost any day now, it seems more fitting to focus on that... If you'd like to look back then you are, of course, welcome to... Just get clicking!!

And so... We turn our attention back to one of those new projects... Last time we looked at the characters involved in our new series - whereas this time were going to be looking ahead at the scripts for season one of HOT STUFF!! I'll do my very best not to slip in any spoilers, of course... 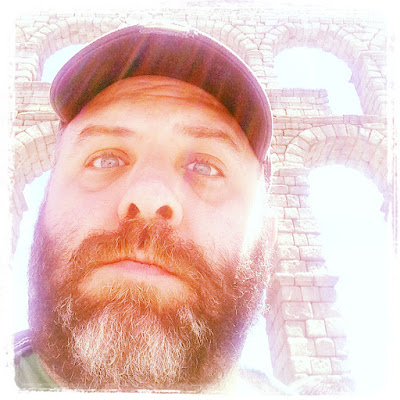 
Horner arrives at the Spectrum Central Library after a fire killed his friend, the former librarian. Horner suspects the truth behind her death in the blaze – but exactly who can he trust to share this information with; for it is no ordinary death!


Horner calls up his old friend, Fatima The Fantabulous – a mystic who suggests trying out a séance to find out exactly what happened on the night of the fire… Upon doing so they learn the dramatic truth, but things take a frightening turn for the worse for one team member taking part!


During the séance, one member of the team finds that they have fallen through a portal to a world where she is faced with evil versions of her colleagues. Back in the normal dimension The Press turn up and one member in particular is taking his job extremely seriously!


One member of the team remains trapped in the other dimension whilst an evil doppelganger has taken over back home. Meanwhile, more than one person is after the library treasure…


Fatima returns to help with the library's "new arrival" – she also quickly notices that something is up with one of their colleagues, little realising that this person is a fake. Meanwhile the imposter has plans concerning how to deal with forthcoming library developments.


A new librarian has been selected – but Horner, Fatima and Mavis have enough trouble in the library – what with dead bodies and policemen showing up; although the corpse seems to have vanished! Although he’s been asked to leave, Horner sticks around, whilst elsewhere Felix offers Edie the chance for escape and a way home. The clock ticks and another murder may be about to occur at any time…

Horner needs rescuing and Fatima shares her experiences by text… Time is running out for the two groups of library staff and it appears that the new arrival is finally here! All the terrors come to a head when the killer makes a move – but none of those who have been betrayed are going to make that easy for the guilty party…