SHY YETI'S BEEN SHOWING OFF AGAIN... 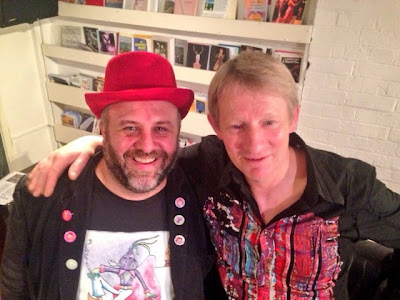 SHY YETI IS FREAKY AT THE POETRY CAFE...

Hello again! Just a quick post to let you know how things went with the Halloween Show at The Poetry Café... Here we go...

A YETI IN A HAT
EVIL IVY
THEM VAMPIRES - SUCH CHARMERS
ON RICHMOND HILL
A LEARNING EXPERIENCE
WHY AGNES, YOU'RE LOVELY!
SHE NEVER HAD ANY LUCK
SWEET OLETA
SHAVING WEREWOLVES
SOMETHING'S UP WITH ROCKY LOBSTER
OTHERWISE ENGAGED
THE CAROL SINGERS

I LOST MY HEART TO A CORNISH PASTY
ZOMBIE FLICKS ARE THE NEW ROM-COM
LAST OF THE AUTUMN LEAVES
SOMETIMES I JUST WANNA
PATIENCE IS THE KEY
WAVES
ROLLERCOASTER
PICCADILLY CIRCUS
SPACE-CAKES
I HAVE SEEN ENOUGH PHOTOS OF YOUR KIDS...
LOOK, I'M NO SCROOGE
I WILL EAT PIES 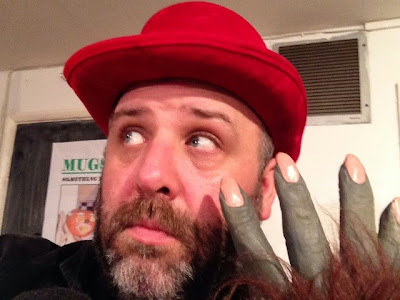 A YETI IN A HAT, EVIL IVY

THEM VAMPIRES - SUCH CHARMERS

ON RICHMOND HILL, A LEARNING EXPERIENCE

The first of these I've rarely performed - the second I've performed in London and L.A. They're both from ROLLERCOASTER (2002)

This one is from POEMS TO MAKE BEARS GROWL (2006) and is one of my favourites to perform.

SHE NEVER HAD ANY LUCK

Another old piece from ROLLERCOASTER (2002)

This one is short and sweet. It went down well last time and seemed popular this time too. It's from RHYMES BEARS STEAL PIES FOR (2007)

JOHN SMALLSHAW READ AT THIS POINT...

These two went well with the Halloween theme and were from 2013's NOT AS SHY AS I WAS collection.

Another two from ROLLERCOASTER (2002) - the latter being the first of the evening to mention the dreaded topic of... Christmas!! 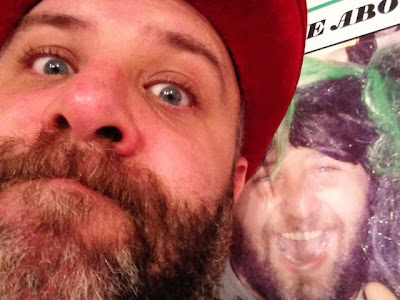 I LOST MY HEART TO A CORNISH PASTY, ZOMBIE FLICKS ARE THE NEW ROM-COM

LAST OF THE AUTUMN LEAVES

Another piece from ROLLERCOASTER (2002) - and one that fitted well as we're currently in the middle of autumn.

One of my all time favourites to perform - which was first published in THE AUTUMNAL E.P. (2004)

JOHN SMALLSHAW READ AT THIS STAGE...

Two many pieces that I have often performed at The Poetry Cafe - it's from ROLLERCOASTER (2002) There are two videos on Youtube that include poems from this collection - one of which also contains the poem AGNES that I also read on the 31st.

The only unpublished piece that I read on the night. This one was written in Amsterdam during the summer and will appear in my next collection, A YETI WAY OF THINKING (2015)

I HAVE SEEN ENOUGH PHOTOS OF YOUR KIDS...

A piece from my eighth collection - POETIQUETTE (2005) which I have never performed before.

One of my favourites to perform from my 7th collection, MUGSHOTS (2005) You can see a youtube video of me performing it at: http://youtu.be/vPsvG2l2bWc

I WILL EAT PIES

There was no video taken of this show - but we did take plenty of photos. Thanks again to everyone who came along and especially to anybody who bought a book. Extra-special thanks to John Smallshaw for coming to read. There will be more shows during 2015 - but I won't start getting any dates until the new year now as the Poetry Café is only taking booking three months in advance.

Next time I'll be talking a bit about my forthcoming trip to Venice and looking ahead to the end of the year... 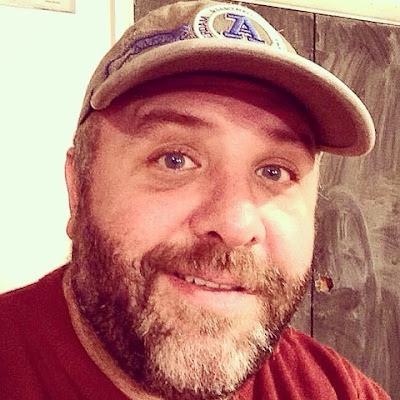