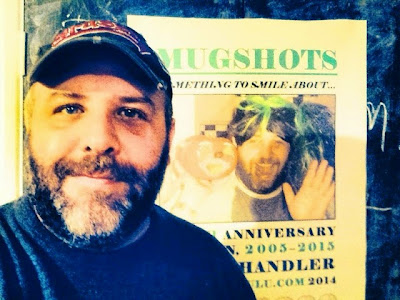 This time I'm going to be looking back at last Wednesday's show at The Poetry Café. Sadly Mr Smallshaw was unable to make the evening due to family commitments - but don't worry, he's fine and should be back with us for our show at the end of October. We did, however, have a number of open-mike readers and various friends, partners and passersby - which made it the busiest Shy Yeti show so far this year. Let's get started and I'll share with you all of the details.

I AM SICK (BUT DO I WANNA BE CURED)
NATIONAL TREASURE
THE CROCODILE
GRANDPA’S WIG
IS IT CHRISTMAS ALREADY?
KISS ME QUICK
LAID
PEACE OF MIND IN A TEABAG
BEAUTIFUL PEOPLE DON’T LOOK DOWN ON ME…
INGRID BERGMAN’S NOSE
IN TALKS WITH THE CAT
KEEP ON GETTING IT WRONG
SWEPT OFF MY FEET
MY LIFE IS A MUSICAL
THEY WARNED ME ABOUT PEOPLE LIKE YOU
BEST THING SINCE SLICED BREAD
THE GREAT BOOKSHOP IN THE SKY
A LEARNING EXPERIENCE
LITTLE PIG
I WILL EAT PIES

IN A LITTLE MORE DETAIL...

I'm busy working on my YETI WAY OF THINKING collection, but as this evening was meant to be more about the poems from MUGSHOTS, I decided not to read anything from the new collection; we can get to that next year once it's released. The first two pieces that I read that evening were both from last year's NOT AS SHY AS I WAS - two of my favourites which I have also recorded videos for (under the MRSHYYETI profile).

The next batch of poems came from a number of different collections, although what links them is that they were all included in 2012's SHY YETI STILL RULES OKAY. GRANDPA'S WIG and LAID are both 100-word stories, THE CROCODILE was written sometime ago inspired by then boss's boss, whilst IS IT CHRISTMAS ALREADY? seemed topical and PEACE OF MIND hasn't had an airing in a while.

Following the performance of our first open-miker I read this verse from POETIQUETTE that I had revisited for the first time in years just that week. I enjoyed performing it - but I'd like to do more with it at some stage.

INGRID BERGMAN’S NOSE
IN TALKS WITH THE CAT
KEEP ON GETTING IT WRONG
SWEPT OFF MY FEET
FROM: MUGSHOTS (2005)

These four poems were all from MUGSHOTS, the first and third pieces I had read before - the other two received their debut on the night.

MY LIFE IS A MUSICAL
THEY WARNED ME ABOUT PEOPLE LIKE YOU
FROM: SHY YETI’S INCREDIBLE PIE-CRUST COLLECTION (2008)

Following another open-mike interval I returned to read two poems from my 2008 collection. I've read both before, but not in a while. A version of MY LIFE IS A MUSICAL can be heard at:
http://soundcloud.com/shyyeti/my-life-is-a-musical

Another open-miker, a brief break, another open-miker and then I was into my final run of poems for the night; a slightly shorter show due to John's absence. The last five poems were all from different collections, but all of them were also brought together for my SHY YETI RULES OKAY compilation in 2009.

Thanks to everybody who showed up, especially Calum and Ian Green (who I'd not seen in about 20 years, despite staying in touch). Thank you also to all the open-mikers who read, apologies for not crediting you, but you didn't announce your names before performing and I didn't get a chance to ask.

Here are a few photos from the night... 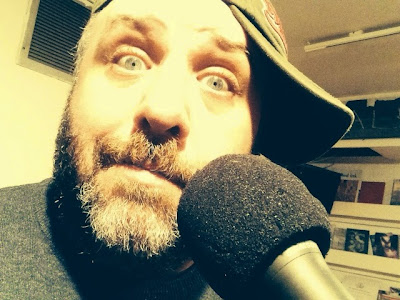 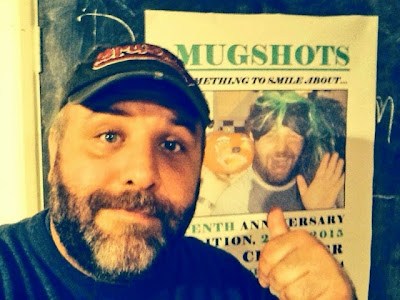 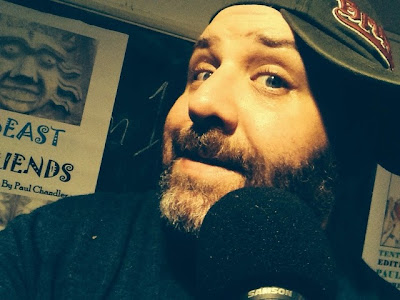 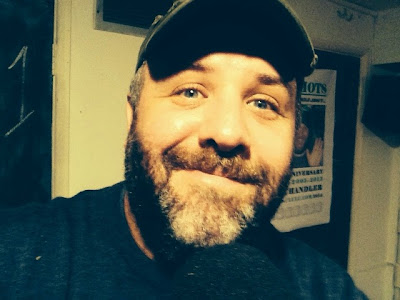 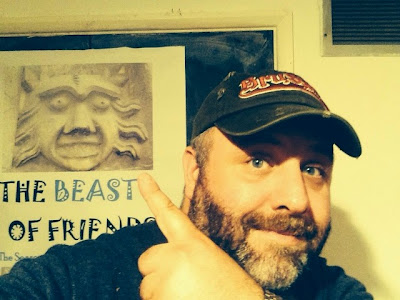 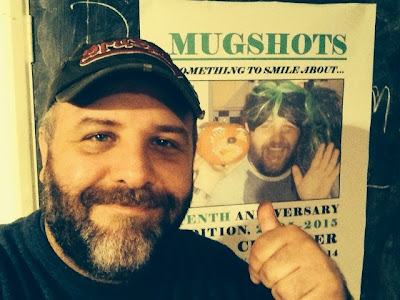 The next show is on Halloween... Friday 31st October 2014 when John Smallshaw will be back!

Next time, we have a recent interview that I did with THE BEARGRRRIAN GAZETTE about what I've been up to writing-wise... 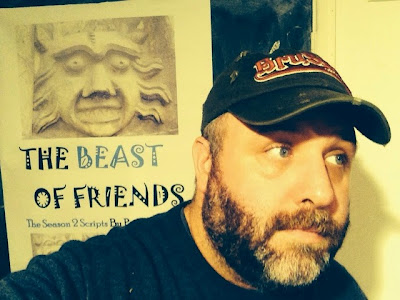 This post and all contents are copyright Paul Chandler, 2014.
Posted by Paul Chandler at Monday, September 22, 2014