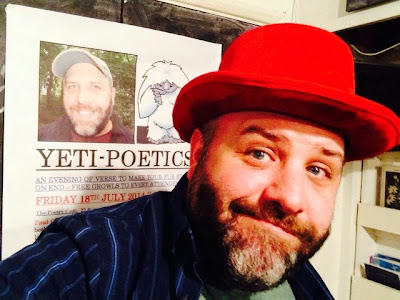 This time I'm going to be giving you a quick talking through last week's show at The Poetry Café - a week's already sped by - so hear are all the details:
YETI-POETICS: THE GIG - 18/07/2014
POETRY CAFE, COVENT GARDEN, LONDON

There was no real first and second half as it was so hot - so we ran through these poems and John's selections in one longer segment, lasting approximately one hour. I do not have listed the titles of John's poems (some do not have titles!) None of this show was video recorded.

BEING COY
CAT THIEF
DISCO YETI
A LEARNING EXPERIENCE
THE TRUE LIGHT
WE WERE GOING TO BE WED...
I WILL EAT PIES

PICCADILLY IS  A RUBBISH CIRCUS

This piece was written early last year and is one which appears in my next collection, A YETI WAY OF THINKING.

These were all from my second compilation SHY YETI STILL RULES OKAY (2012), most of which I have read before - although A MONKEY'S UNCLE was chosen randomly by the audience, who were asked to pick a page number. BECOMING MORE CAT-LIKE is still one of my favourites to read live and one that I have managed to read at that venue every year since it was written back in 2010. A text version appears at this link: http://thedaffypoet.blogspot.co.uk/2010_03_21_archive.html and it also appears during the following MRSHYYETI video, as recorded in L.A. in 2010: http://youtu.be/JYYzcBIYS34?list=UU0-eoWU7pUumDo0WEUFzJCQ

JUST ONE DAY (BEING YOU), MYSTERY HEN, SOMETIMES A HUG IS ENOUGH, THE STUPIDITY OF BIRDS, YOU'LL DO

The next five poems were from A YETI WAY OF THINKING and are ones that I have read before at shows over the last year or so, although THE STUPIDITY OF BIRDS is a short story that made it's debut on the night. You can read more about what inspired these poems in the new collection, when it emerges later this year. A text version of YOU'LL DO can be found at: http://thedaffypoet.blogspot.co.uk/2013_10_20_archive.html

*JOHN SMALLSHAW READS FOR 5-10 MINUTES*
BEING COY, CAT THIEF, DISCO YETI, A LEARNING EXPERIENCE, THE TRUE LIGHT, WE WERE GOING TO BE WED..., I WILL EAT PIES

The final section of poems were from SHY YETI RULES OKAY (2009) and have all been performed at The Poetry Cafe previously, at some stage - although this is the first time in 2014 for A LEARNING EXPERIENCE and THE TRUE LIGHT. It is three years next month that I read many of these poems at The Cobalt Café in L.A. - when A LEARNING EXPERIENCE appeared as my "broadside" poem of the night: http://poetrysuperhighway.com/cobalt/080211.pdf  Here's a blog about what went on, with links to a video where a number of the poems above were performed:  http://thedaffypoet.blogspot.co.uk/2011_08_07_archive.html

John was keen for me to read "JOHN..." as it is partly inspired by him - so this is the poem that we finished with - another from SHY YETI STILL RULES OKAY (2012) I'm not sure I've ever done an encore! ;)

There were a number of poems that I had set aside to read, but didn't get to - most of them being new ones from the next collection and one just being a favourite: poems were - An Ideal World, The Dreaded Lurgy, Friday The 13th, A Harmless Prank, Game Plan and The Ungrateful Valentine.

Here are a few more photos from the night... 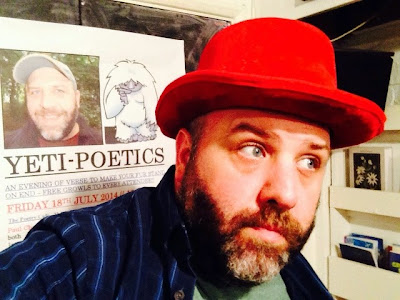 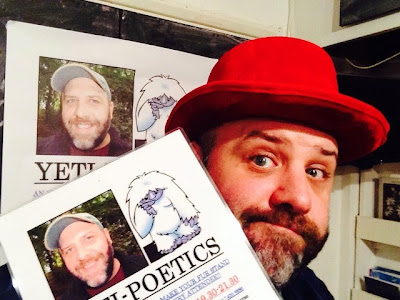 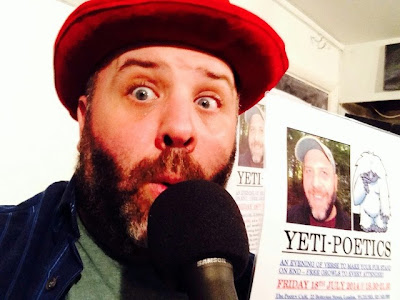 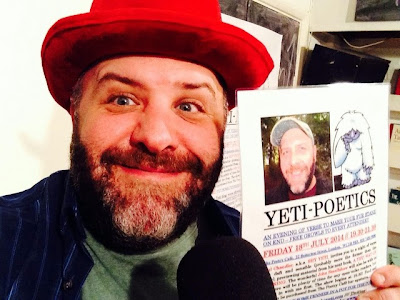 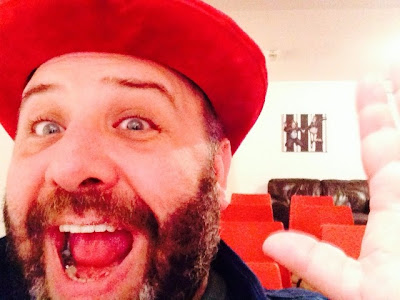 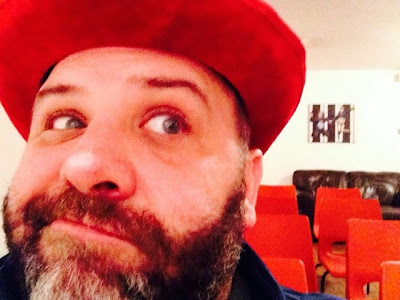 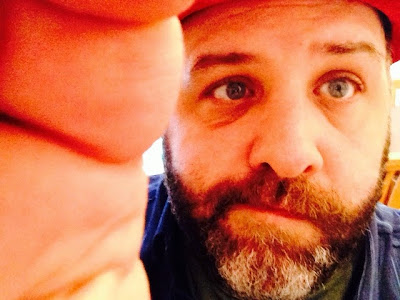 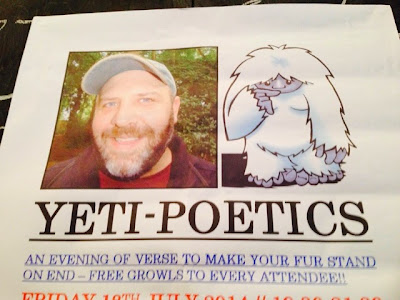 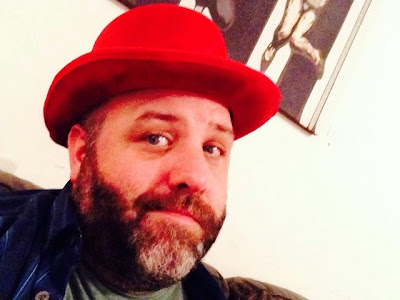 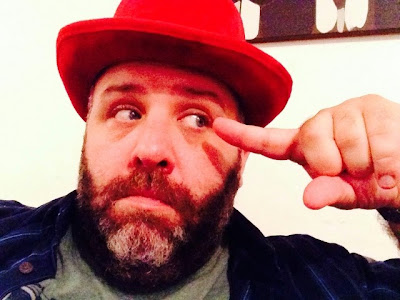 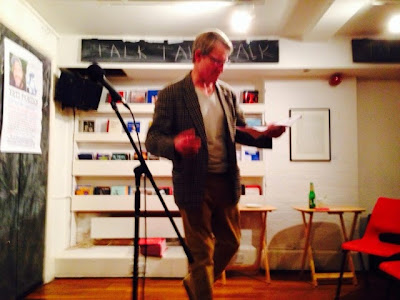 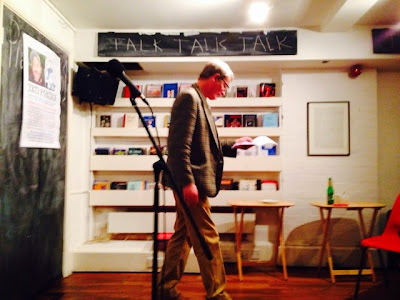 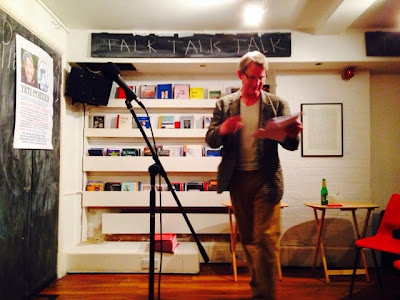 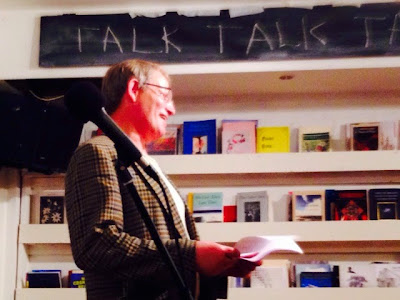 Thank you to everybody who came along and especially to John Smallshaw for reading more of his excellent poems. We're back at The Poetry Café on Wednesday 17th September 2014.


Next time I have a new piece to share with you from my trip to Amsterdam, but that's it for now!

Thank you for reading - take care! 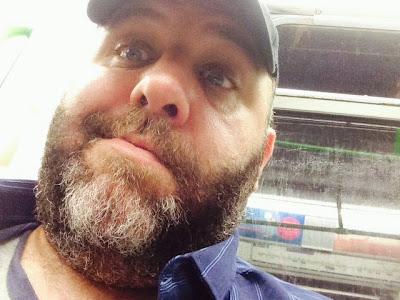