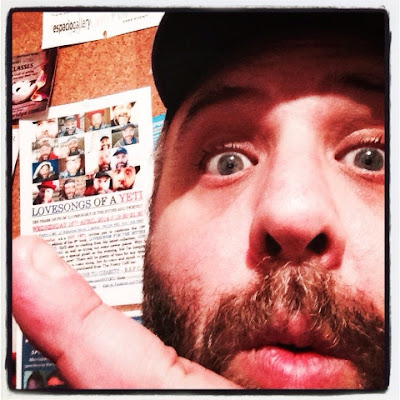 This week I'm looking back over my first Poetry Cafe show of 2014... Despite the bad timing of it being just before Easter, we had a good evening and I managed to read quite a few of my poems - old and new. It was all a bit hectic and I'm not sure that I've listed the order exactly as I read them - but here's a list of what I definitely read on the night. I definitely finished with I WILL EAT PIES, I know that! The night's show was to celebrate the publishing of LOVESONGS FOR THE BITTER AND TWISTED, but I also read pieces from other collections. The evening was meant to raise money for the RSPCA - but as the turn out was low I'll be adding what money we did raise to any collection made at the next show on Friday 18th July. Apologies - but I've forgotten exactly which piece I ended the first half with, although I think I began the second half with A HAPPY YETI HOWL. The first few poems from the first half of the show were recorded to be kept for a future live video. Here's a bit more information... 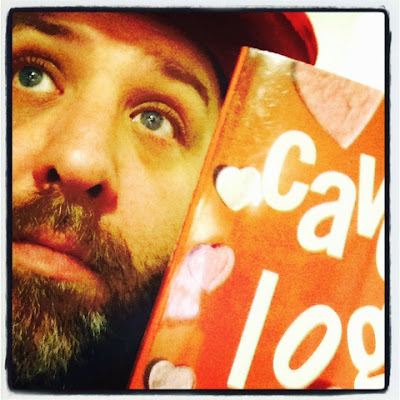 WHY AGNES, YOU'RE LOVELY
THE ANSWER'S NO
AUGUSTUS THE TRUSTY GUIDANCE PIG
BORN WITHOUT A FUNNY BONE
CRASHING BORES
CRASHTESTBOYFRIEND
DEATH ON AN EMPTY STOMACH
FAHRENHEIT 4:51
GRANNY ETHEL KEEPS THEM DECENT
LET SLEEPING DOGGERAL LIE
LOVED FOR WHAT YOU'RE NOT
PLEASE KEEP THIS PARK TIDY
RECKLESSLY
DOOR-TO-DOOR PSYCHOPATH
THE GREAT BOOKSHOP IN THE SKY
A HAPPY YETI HOWL
THE DREADED LURGY
AN IDIOT IN LOVE
CATS SHOULD WEAR MUFFLERS
IN PLACE OF A HEART
A CHANGE IN THE SEASONS (VERSE 1)
A CHANGE IN THE SEASONS (VERSE 2)
ALL GOOD PIES MUST END
THE BLACK-EYED GROWL
DISCO YETI
"IT"
WE DON'T DANCE TO LOVESONGS
I WILL EAT PIES 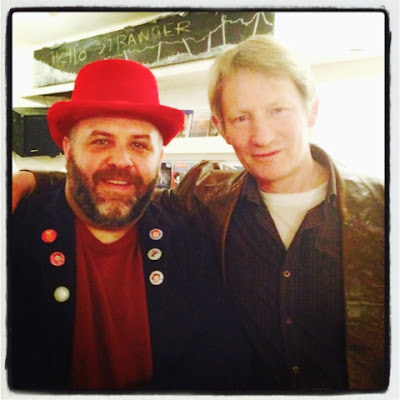 The event also saw the return of John Smallshaw, who missed the November 2013 show due to work commitments - it was great to have him back and he had a number of new pieces to share with us.

The poems read on the evening were from the following collections:

LOVESONGS FOR THE BITTER AND TWISTED (2004)

These poems were split across both halves of the show and are a mixture of poems from this collection that I have read before like CRASHING BORES and GRANNY ETHEL and those like DOGGERAL and KEEP THIS PARK TIDY which I haven't...

I don't think I've ever performed these - they're from the next collection that will be celebrating its 10th anniversary; probably in the autumn - a little ahead of time.

I just stumbled upon this one whilst preparing for the show - it's a very daft piece but one I have fond memories of reading at one of my earlier shows. I decided to read it as the first poem of the evening...

I randomly selected this collection to read from as I hadn't read much from it in a while. They are all poems that I have performed in some form and which I enjoy reading.

DOOR-TO-DOOR PSYCHOPATH
THE GREAT BOOKSHOP IN THE SKY

Another randomly selected collection - I've never performed the first piece, but enjoyed doing so. THE GREAT BOOKSHOP IN THE SKY is one of my favourite pieces - I like it's mix of silly and poignant...

These poems are all new pieces from my next collection which I have been working on since autumn 2012 - AUGUSTUS, FUNNYBONE, HOWL and LURGY I have performed previously, whilst the others have all been written since my last show in November 2013... I spread these new poems across the two halves.

As I mentioned, my next show is Friday 18th July 2014 - but I am performing at another show with John Smallshaw and the fantabulous Wilfredo in June; but more about that soon. Thanks again to all who came along and to John for performing! It was great to have him back. 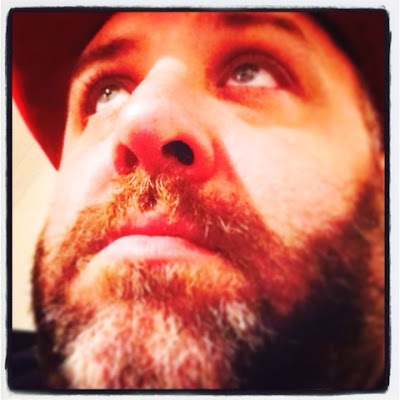 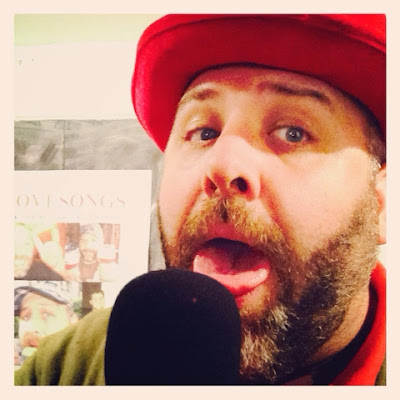 I'll be back again in a week or two - by which time it'll be early May and I hope to be talking about a number of new projects that are well on their way... 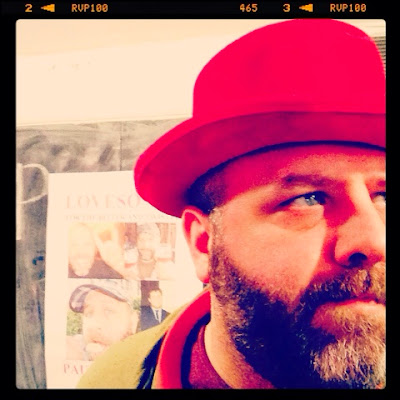