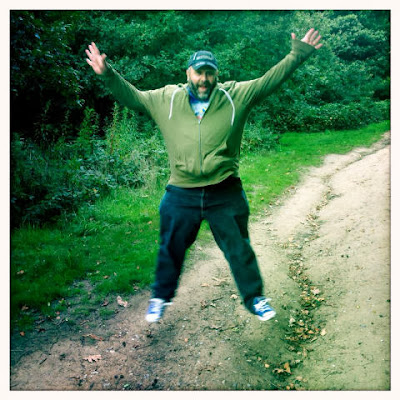 NOT AS SHY AS I WAS - THE PROSE

The other week I revealed the titles from my NOT AS SHY AS I WAS collection. Last week we looked at the poems and this week we're going to look, in greater depth, at the prose from the new book...

The return of Auntie Astrid - this time advising people in Germany!

AT THE STRIKE OF MIDNIGHT...

Midnight brings with it many things and one of these things is a new beginning...

A close encounter... with autumn.

Something lurks underneath the bridge... This was included in a book for Salisbury Writer's Circle back in the late 1980s when I was still at school.

A short story about a life coming unravelled - quite literally!

This is a story that I wrote back in the early 1990s about a detective called Roland Quaverall. He really does get involved in some very odd adventures.

Sometimes dancing can really tire you out - or mysteriously revive you!

Sometimes the follow-up to a success can be hard to surpass... Sometimes it can go with a bang!

Not all dolls live out a happy life - some must go where their owners go - no matter how final.

A group of celebrities are selected to survive alongside MPs after a nuclear war and discover that they really rather like!

Sometimes even a goth needs a day off from all the doom and gloom!

A man who has faked his own death has to make a huge decision... whether to return to his old life!

Jack Frost discovers that chilli is far from a cold alternative to hot food!

A face from the past causes problems for an assassin on the very day he intends to begin a new life.

A JOB AT THE COUNCIL

Crowd control is a big industry - but achieving it isn't always conventional!

Sometimes it's very difficult to get a leak fixed - especially if there is something nasty "living" down in the cellar.

Sometimes when you're lonely a trip to the cinema gives you company - even when it's a horror movie!

Sometimes the best way to disguise heartbreak is to eat curry; especially if you're a bit of a tough bloke.

Some people hate training... Some people love it so much that they'll do your training for you!

Sometimes when a snowman melts something horrible is revealed lurking beneath the snow...

Within the mist a meeting takes place that brings back many happy memories... from the dead.

MY BAGGAGE AND THE BEAST

It's amazing what some people get away with carrying in their hand luggage when the fly overseas. Amazing and potentially dangerous... and hungry!

There's nothing more relaxing that a nice hot bath... But some baths are just TOO hot!

Living life on the edge isn't always what it seems to be!

QUEEN OF THE CHRISTMAS SEASON

Sometimes it is possible to bring the past right into the present... with a little preparation.

Samson used to be a very mild-mannered kitten... but then things changed.

Not everyone applauds when their boss leaves the business - sometimes their employees follow them to the ends of the earth...

This story is about a statue and an unwanted admirer...

Jeff isn't the biggest fan ever of his wife's paintings - but he finds a new way of appreciating them.

When Arthur hears that they are about to blow up the cooling towers he wonders what might lie beneath.

WHEN TODAY’S MODERN ARTISTS ARE NO LONGER MODERN

This piece wonders what the masterpieces of the old school might make of the arrival on the scene of modern art, once it is no longer modern!

A YOUNG HEAD ON OLD SHOULDERS

When I was young I felt like a old head on young shoulders - now I am nearly 40 I am beginning to feel the reverse!

ZOMBIE FLICKS ARE THE NEW ROM-COM

There seem to be all manner of films involving zombies these days - here are just a few of the more unlikely ones!!

As far as any other news is concerned, I recently performed my poem JUST TO GET MYSELF TO YOU at my friend Harry's Civil Partnership. I have known Harry since my school days and it was a great pleasure to read this (really very appropriate) piece on request whilst wearing my best man hat... Quite literally!

Next week I'll be sharing with you a piece from NOT AS SHY AS I WAS...

PS Thanks to Toby Warburton for both of the photos used in this post. 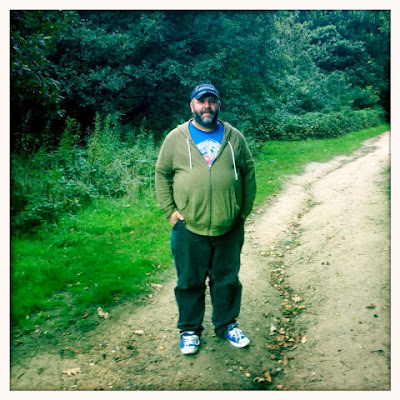 This post and its contents are Copyright Paul Chandler 2013.