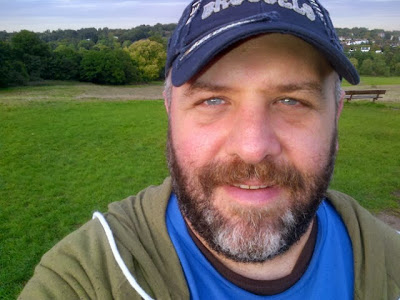 NOT AS SHY AS I WAS - THE POEMS

Last week I revealed the titles from my NOT AS SHY AS I WAS collection. This week we're going to look, in greater depth, at the poems from the new book...

This pretty much does what it says on the tin - it's another yeti poem and one I can perform during shows.

THE BALLAD OF DEAD-EYED BOB...

This one was written in Broadstairs during summer 2012. Dead-eyed Bob is quite a boring sort of fellow - but who suffers most, us or him!?

THE BEAST OF FRIENDS (A POEM)

A poem that I wrote to go with my series of scripts of the same name.

A rather daft poem about a rather adoring bee. My flat-mate, Calum, gave me the idea for this one!

A little dig at the summer - this one is over a year old and was actually inspired by the summer 2012.

An invitation to tea is not one to be taken lightly!

As daft as this piece may seem it is actually based on a true story that I read in the papers!

AN ELEPHANT IN THE ROOM

Taking an old expression literally often results in a quite daft little ditty!

Evil Ivy is not to be messed with...

FROM WHERE I STAND...

Everyone's perception of events is different... although obviously I am always right!

GLAMOUR, AT ALL TIMES

It's a perfectly good rule to keep to!

A Halloween poem written for the 2012 Shy Yeti On Location Special...

It's a good question - some sicknesses are better than others!

This in an autobiographical poem... of course!

I CLEANED OUT MY DIRTY MIND...

...Then I'm pretty much going on strike!

I LOST MY HEART TO A CORNISH PASTY (A SONG)

I'm fond of this one! It's a song that I wrote lyrics and a tune for whilst down in Broadstairs during summer 2012! There are videos to prove it too!

I THINK I USED TO BE A DOG

A poem about reincarnation and pets! Yay!

Taking the blame is sometimes the best thing to do...

THE MAN-EATER OF SURREY GREEN

This is named after an old black and white episode of The Avengers!

MINE OWN MINOTAUR (A SONG)

Love can be found in the strangest of places!

MORE IS NOT ALWAYS MORE

Sometimes less can be more!

National Treasures are not always appreciated...

This is almost an autobiographical poem - once upon a time I was shy, but now I'm a little bit less shy!

A poem about werewolves and how they get their hair cut!

SOMETHING’S UP WITH ROCKY LOBSTER

This is the story of Rocky Lobster - the world's first zombie lobster!

A TART IN PRUDE’S CLOTHING

Can you be a tart and a prude at the same time? I guess it's possible - but can lead to confusion!

THE TRUTH ABOUT CAKE

There are a lot of things that remain secret about cake... These things must be revealed!

A UNICORN AT BREAKFAST

A unicorn at breakfast is definitely quite an odd thing to encounter...

This poem plays on the phrase "wake-up call" and gets increasingly sinister and strange as it develops.

A piece about someone named "The Walking Sequin" who is so bright that you have to wear sunglasses to look at her.

This poem was written for the Civil Partnership of my friends Glyn and David and I read it for them on their big day.

This piece looks at us from the point of view that we are all just brains inside a living, breathing container that transports it about.

A poem that includes all that you ever wanted to know about wigs... True!

Sometimes being bad at something can actually be an advantage!

THE WORLD IS FULL OF BULLIES

I'm not a fan of bullies. I've met one or two in my time. This poem shows how to deal with them!

A YETI IN A HAT

One of the oldest pieces in this collection - it's all about what a yeti keeps under his hat!

Cake is exactly the sort of thing that cab addle your mind! 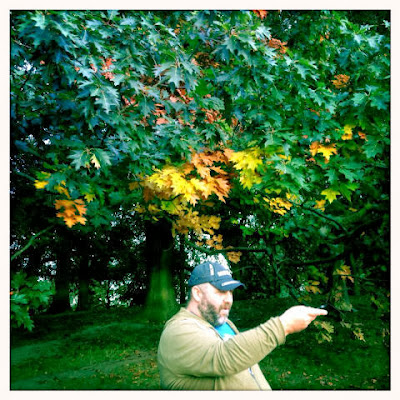 Next week, as promised, we'll be looking in more detail at the new prose pieces from NOT AS SHY AS I WAS...

PS Thanks to Toby Warburton for two of the photos used in this post. 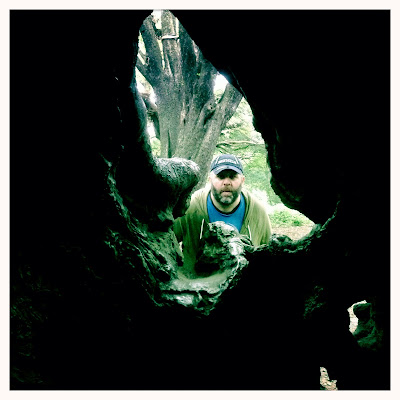 This post and all contents (except TW's photos) are Copyright Paul Chandler 2013
Posted by Paul Chandler at Tuesday, October 01, 2013