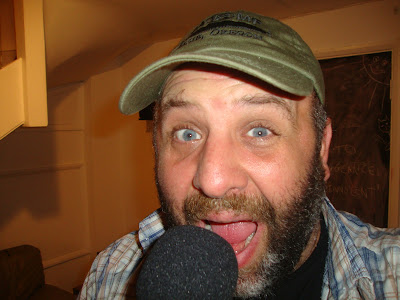 UPDATE ON NOT AS SHY AS I WAS... AND OTHER AUTUMNAL GOODIES!!

This week we're going to be looking into what's coming up in the last three months of 2013 in the world of yeti... 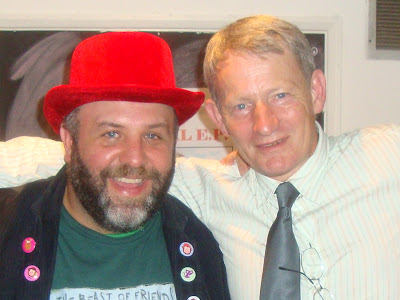 But firstly, I posted a new video last week, around the same time that I posted the review of last week's show - but I thought I'd remind you of the exact links, which are as follows:

This film comes from Shy Yeti's AUTUMNAL CREEPINESS SHOW which took place on Friday 13th September 2013 at The Poetry Cafe, London to celebrate 10 years of his collection, THE AUTUMNAL E.P. Poems include: SASSY MISS SASQUATCH, A DEVIL WITHOUT HORNS, SHE LIED TO HIM, I WANT YOU NOW... and THE DREADED LURGY. Special guests included John Smallshaw and Wilfredo who also appear in the video. Camera and Editing: Paul Chandler. Music: Luca. The film and its contents are copyright the performers, 2013. Beware excessive mentioning of bee-hive hairdos! There will be more videos - live and on location - coming soon!

So... Moving onto the last three months of 2013 and what I have planned coming up...

Hopefully I'll move on a bit further with my editing - I'd certainly like to get the 2012 lake District episodes out before the end of the year; failing that maybe another live video and perhaps a video from my 2013 trip to The States. My old laptop is beginning to struggle now - I know how it feels - and editing on my newer laptop isn't really my idea of fun.

My main plan for October is to complete work on NOT AS SHY AS I WAS... I'm working on formatting the "comments" and blog section of the book and hoping to get a few other pieces double proof-read before I go away! I'm definitely aiming to have a copy of the book with me when I go away to Florence and Nice - but if needs be the release date might be closer to the date of my November Poetry Cafe show on 29th November, rather than my birthday - which is the 10th.

I did publish these back in February this uear when I was hoping the book might be out by the summer... The only change since then is that I've removed an older piece from the late 90s called TOUCHWOOD (A MONOLOGUE) which is quite long and which I'll save for another volume.

ANOTHER YETI POEM
AUNTIE ASTRID GOES TO GERMANY...
AT THE STRIKE OF MIDNIGHT...
AUTUMN’S COMING
THE BALLAD OF DEAD-EYED BOB...
THE BEAST OF FRIENDS (A POEM)
BEE-SOTTED
THE BRIDGE
BRITISH SUMMERTIME IS HERE
COME FOR TEA
COMING UNRAVELLED
CRACKING THE CRACKLESS EGG
DANCING KEEPS YOU YOUNG
DIFFICULT SECOND ALBUM
A DOLL’S LIFE
DRUNK ELK
AN ELEPHANT IN THE ROOM
EVIL IVY
THE FALL-OUT SHELTER
FOR ALL TO SEE...
FROM WHERE I STAND...
GLAMOUR, AT ALL TIMES
GOTH’S DAY OFF
HELLO! HELLO! I’M HALLOWEEN...
A HUGE DECISION
I AM SICK (BUT DO I WANNA BE CURED?)
I’M A JELLY-FISH...
I CLEANED OUT MY DIRTY MIND...
IF I CAN’T HAVE A BULLDOG...
I LOST MY HEART TO A CORNISH PASTY (A SONG)
I THINK I USED TO BE A DOG
IT WAS ME...
JACK FROST’S CHILLI DIET
“JIIIIIIIIIIIM!?”
A JOB AT THE COUNCIL
THE LEAK
A LITTLE COMPANY
LOVES A GOOD CURRY
THE MAN-EATER OF SURREY GREEN
MANDATORY TRAINING
THE MELTING SNOWMAN
MINE OWN MINOTAUR (A SONG)
MISTER MOSQUITO
MIST YOU
MORE IS NOT ALWAYS MORE
MY BAGGAGE AND THE BEAST
NATIONAL TREASURE
A NICE HOT BATH
NOT AS SHY AS I WAS...
ON THE EDGE
PATIENCE IS THE KEY
QUEEN OF THE CHRISTMAS SEASON
SAMSON’S UNRULY STREAK
SHAVING WEREWOLVES
SHE’S OUR BOSS
SOMETHING’S UP WITH ROCKY LOBSTER
SPRITELY AND STATUESQUE
A TART IN PRUDE’S CLOTHING
THE TRUTH ABOUT CAKE
A UNICORN AT BREAKFAST
VISION
A WAKE-UP CALL
THE WALKING SEQUIN
THE WEDDING BREAKFAST
WE’RE ALL JUST BRAINS...
WHAT LIES WITHIN...
WHEN TODAY’S MODERN ARTISTS ARE NO LONGER MODERN
WIGS AND CO...
THE WORLD’S BEST WORSTEST DANCER
THE WORLD IS FULL OF BULLIES
A YETI IN A HAT
A YOUNG HEAD ON OLD SHOULDERS
YOUR CAKE-ADDLED MIND
ZOMBIE FLICKS ARE THE NEW ROM-COM

I'll be writing more about the poems and stories in NOT AS SHY AS I WAS in the next couple of posts. Some of the poems I've been performing pretty much since the day they were written and many appeared in SHY YETI ON LOCATION films back in 2012.

Well, not to re-mention the release of NOT AS SHY AS I WAS... and the next Poetry Cafe show, which I already have - in November I'll also be going on location again.

I'll be off to Florence early in the month and will then be heading on to Nice... I've not really decided what I'll be reading, but it might well be something from NOT AS SHY... The first trip I'll have a few friends with me - so should also have the pick of the cameramen!! There should be plenty of photos from these trips - just as long as I don't accidentally press the delete button again... You know, I do have a bit of a history of doing that - especially around the time of my birthday.

By December I'll probably have completed the 10th anniversary edition of LOVESONGS FOR THE BITTER AND TWISTED (2004) and I'll hopefully be drawing a line under the material that I want to include in my next book. I have 3 possible titles for this collection, but am going to let you people of online choose the one that I go with - finalising this will probably be one of my first projects of the new year.

There's a good chance that I'll be editing videos, not to mention I'm hoping to go away for new year; hopefully back to Swanage again... We shall see!

Next week, as promised, we'll be looking in more detail at the new pieces from NOT AS SHY AS I WAS, beginning with the poems...

PS Paul Webster's excellent artwork for my THE BEAST OF FRIENDS... poem can be found on t-shirts at the following link: 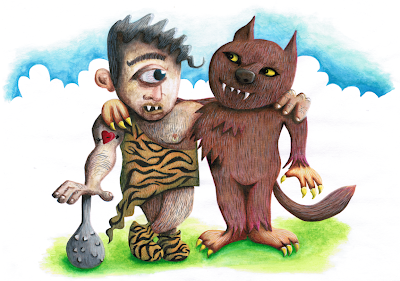