HOW DID THE SHOW GO? 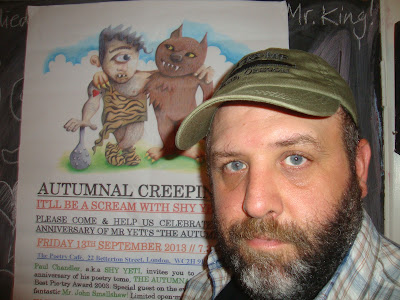 A CREEPY YETI BACK IN COVENT GARDEN!

This week I'm going to be reviewing last friday's Shy Yeti gig at the Poetry Cafe... Um. I guess I'd better get on with it!! 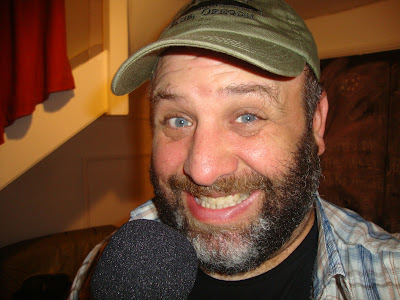 "Tonight Halloween comes early to The Poetry Cafe! It Friday 13th! It's when the cool poets get creepy! I am literally EATING a cobweb!! X"
Shy Yeti Twitter post, 13/09/2013

*** All poems with an asterisk (*) were filmed during the evening and some will appear in future Shy Yeti videos.

TWO VAMPIRE HUNTING YETI *
DEAD MEN DON'T YAWN *
THE RESTAURANT CRITIC *
THE NEXT TRAIN DOES NOT CALL AT THIS STATION *
ANIMAL CRUELTY *
THE BALLAD OF TINY ELVIS *
I WANT YOU NOW... *
SOMETIMES I JUST WANNA *
THE DREADED LURGY *

Please note: The order of poems performed is as accurate as possible, but not all poems were recorded and my memory's not what it was! Some footage of both John Smallshaw and Wilfredo was also preserved. 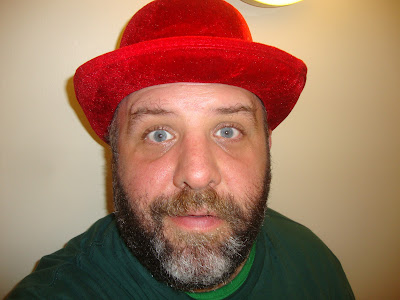 THE AUTUMNAL E.P. AT THE POETRY CAFE
IN MORE DETAIL

I didn't read so much in the first half of the show as we had two guests, one of them being the fabulous John Smallshaw and the other being the international superstar Wilfredo! Yes, we really are moving up in the world with the stars that we mingle with. Anyway, moving on... Because it was Friday 13th most of the poems that I read on the night were scary ones of one kind or another.

The first of the 21 poems that I read was a yeti poem and a new one at that. It was written in Portland in August and is called SASSY MISS SASQUATCH and is all about... Well, a sassy sasquatch, basically. It'll be published in next year's currently untitled collection.

A DEVIL WITHOUT HORNS

This was one of a number that I read from my 2011 collection, THE VAMPIRE COWS OF SCUNTHORPE - one of my favourites from this time and one that I filmed for a Youtube video the same year.

SHE LIED TO HIM / THE SMALL PRINT

SHE LIED TO HIM is one that I recently rediscovered and have actually reimagined as a short story for my next collection. It was originally published in my collection LOVESONGS FOR THE BITTER AND TWISTED which celebrates its 10th anniversary in 2014.

THE SMALL PRINT is also from LOVESONGS and was well in need of a debut live performance. It's about not reading the small print on the agreement terms of a relationship and then regretting it later - but then finding a way to get one's own back.

SPANISH KISSES / THE BALLAD OF THE MAD AXE MURDERER

SPANISH KISSES is another poem from VAMPIRE COWS which I saw whilst I was searching for short stories from the collection to read and which I rather enjoyed reading. It's basically about "the horror of kissing!"

THE BALLAD OF THE MAD AXE MURDERER is another piece from VAMPIRE COWS about a mad man who murders axes. It's another completely daft poem which I've not read in a while - if ever, I forget.

John read a mixture of old and new poems and had to extend his set slightly as Wilfredo was still busy primping himself; well - perfection takes time!

As it happens this isn't the first time that Wilfredo has performed with John and I - in fact it was in the summer of 2011 when John and I first did a show together. He is an international star of stage and screen and on the night he wowed the audience with spoken word versions of some of his biggest hits, not to mention one of Leonard Cohen's popular tunes. I am hoping to edit a video from the night relatively soon and you'll be able to see both John and Wilfredo live and in action! 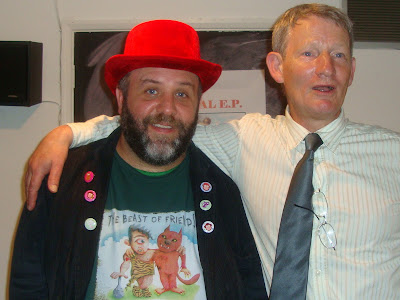 I read more in the second half, although we still managed a second guest reader. My first poem of the second half was another relatively recent yeti poem and one that I've already performed live and also recorded for a SHY YETI ON LOCATION episode, released early in 2013. It's due to be officially published in next year's currently untitled collection.

Three of my 100-word stories from VAMPIRE COWS which I read because of the Friday 13th connection. The first one is a straight horror about something living inside a severed head. The second is about a restaurant critic whose dinner gets its revenge on him. The third one is more of a comedy horror with a very bad pun at the end. I've read some of them at the cafe a couple of years back and they've also appeared in some of my yeti videos - it just seemed the perfect day to set some of them free again!

ANIMAL CRUELTY / THE BALLAD OF TINY ELVIS
I WANT YOU NOW... / SOMETIMES I JUST WANNA

The next four poems are from my AUTUMNAL E.P. 10th anniversary collection. I recorded a couple of these during my recent trip to Portland. The first poem is a silly poem about teasing animals, the second is about the life of an ant-sized celebrity called Tiny Elvis, the third is a relationship piece about a very indecisive lover and the final poem is one of my favourites about a character wishing his or her life was different.

This is a very new poem, in fact its my newest completed poem - taking the phrase "dreaded lurgy" and turning it into a character, although in this piece he's rather a misunderstood fellow. It's not a million miles away from my poem THE BLACK-EYED GROWL, but THE DREADED LURGY is probably a little more unhealthy and germ-ridden.

John came up to the stage at this point and read a few more old favourites.

We then had an open-mike reader at this stage called Filip. Making his Poetry Cafe debut, he was reading creepy and funny lyrics from songs that he had written - one which concerned a werewolf and which fitted in very well with the Friday 13th setting.

My last poem from THE AUTUMNAL E.P. of the night and one that I've read and performed quite a bit over the years. It's all about falling in love with a bit of a psycho. Who says I'm not a romantic person!?!

MONSTERS HAVE MANY FACES / LAID

Another 100-word story from VAMPIRE COWS, this one all about a monster meeting his match in the women of the W.I.

SANDY FROM THE FUTURE / SUICIDAL PIGEON

These two are two really new poems that won't be published until next year. SANDY FROM THE FUTURE was inspired by a conversation I overheard during my recent trip to Portland and is about a lady from the future who likes to visit us in the present day. The title reminds me of a B-52s song which is fitting as I'd only just seen them live in London just before flying out to the States.

SUICIDAL PIGEON was inspired by Toby, who has helped me film some of my recent videos. He'd told me a story about seeing a pigeon on a railway track that looked kind of "suicidal" and so I wrote him an ode to try and make him reconsider his actions. I'm very pleased with the final line of this one, especially.

The last poem of the evening is more of a song lyric and comes from my next collection, NOT AS SHY AS I WAS, which should be out in early November. It's basically a love song to minotaur - exactly what the evening needed to end on another high note! 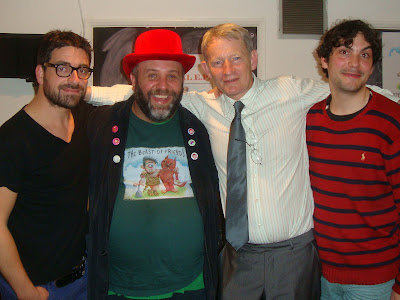 The poems that I read came from the following collections:

*THE AUTUMNAL E.P.
*LOVESONGS FOR THE BITTER AND TWISTED
*THE VAMPIRE COWS OF SCUNTHORPE
*NOT AS SHY AS I WAS
*UNTITLED 2014 COLLECTION

I actually have about 3 titles for the "untitled" project, but I'm going to get my readers to choose the title nearer the time.

Poems that missed being performed BORN WITHOUT A FUNNY BONE, MY BACON-FLAVOURED BABY, PEGGY SUE'S PET TUMBLEWEED, FENIX FROM THE FLAME, IF YOU WERE MY WIFE, BRAIN BOX, THE BALLAD OF BURT AND GRIS, GRANNY ATE MY AFTERBIRTH, CEDRIC THE CEREAL KILLER, MYSTERY HEN, THE VAMPIRE COWS OF SCUNTHORPE, ARE THEY AWARE I'M A WEREWOLF, FIREWORK and pretty much anything that was left from THE AUTUMNAL E.P.

Thanks to all who came along on the night, despite the very wet weather. Audience members include: John Smallshaw and friend, Glyn G, Matt, Julie, Calum, Harry F, Phillip and friend - not to mention a lady from Edinburgh who popped in to listen during the first half. Over £30 was raised for the two charities, Macmillan Cancer Support and Haven House Children's Hospital during the evening - which will be split between the charities and donated along with donations from the other 2013 shows at the end of the year.

Before we go, I have a new poem to share with you. It's called THE DREADED LURGY and it sort of fits in quite well with the Friday the 13th theme of the show last week in that it's a poem about something nasty. Actually, that's not true at all, as the dreaded lurgy isn't half as nasty as one might imagine. The version that appears below is a slightly more tinkered-about-with version than the one that I performed at The Poetry Café last week - as you may notice, as it appears in the video from the night, that I've just completed.

Next week we'll be looking ahead to what is coming up over the final three months of 2013... There's a completely new collection of poems and stories that I've been working on for almost two years, not to mention a couple more overseas trips; but more about all those next week when I'll also be posting up the video from last week's show that I just mentioned... 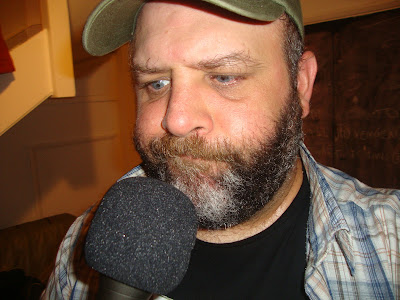 The dreaded lurgy!
He's not so bad!
He's not so dreadful...
No, not so mad!
Sure, he may look pale -
And quite germ-ridden!
But his hugs are nice -
If kept well hidden...
When he greets you -
You'll feel over-taken...
He'll shake your hand -
It smells of bacon!
But don't believe The Press -
Nor what is written!
To that noted menace -
You'll soon be smitten!

The dreaded lurgy!
He is your mate!
He is your friend!
Your dinner date!
He may look unwell -
And rather sickly...
He may shout a bit -
Act kind of prickly!
But you'll not regret -
You ever met him...
He's on the mend -
So don't upset him!
He has no stink -
No nasty odour...
But soaks his teeth -
In cherry soda!
The dreaded lurgy!
He's quite a card!
His fans hold him -
In high regard!
Is he dead already -
Or just slacking off?
Could you catch his -
Nagging hacking cough?
NO! What makes you think -
He'd give you flu!?
There are far nicer things -
He'd rather do...
To make you relax -
Not make you iller...
This snot-nosed bogie-man's -
No killer... 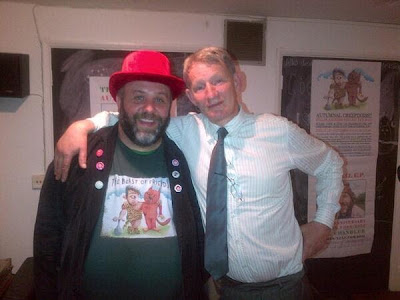 THE DREADED LURGY will be published in Shy Yeti's first collection of 2014. This post is Copyright Paul Chandler, 2013.
Posted by Paul Chandler at Tuesday, September 17, 2013