A WEEK IN THE LAKE DISTRICT... 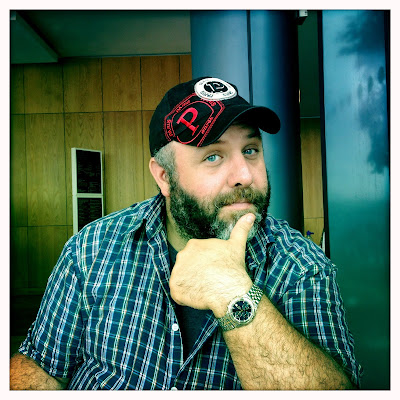 This week, I present a diary from my trip to the Lake District and some photos too... I've not had a chance to download my photos yet, so these ones come courtesy of, Toby W, my partner in crime for the whole of the trip.*despatches yeti hugs* 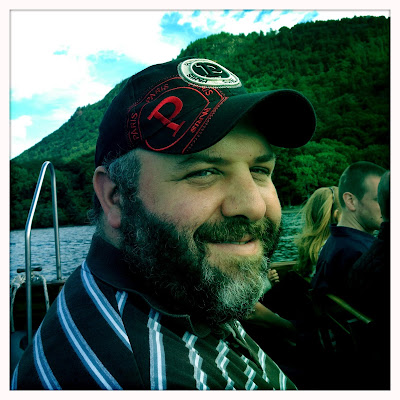 Today I didn't record anything towards the new episode as Toby and I spent most of the day travelling from London to Penrith and then on to Braithwaite via Keswick. A long journey full of screaming babies, faulty toilets and gorgeous views! Poetry-wise I had brought with me my new 10th anniversary re-issue of GO 4TH AND DIVIDE to read from. At one stage I had considered filming a Halloween episode during the week, but the weather was meant to be patchy and my original plans for filming were for if I had found myself without company; far nicer to be showing Toby around the area instead - I'm not sure if I even want to do a Halloween episode in 2013, as I think I exhausted my selection of spooky poems last year. My September 2013 Poetry Cafe show is meant to be a creepy event being as it's on the 13th, so... Anyway, having settled in and eaten well I began to think about what exactly I might film the following day... 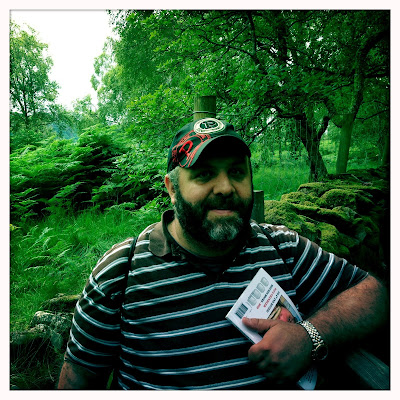 After a hearty breakfast Toby and I walked the two or three miles into Keswick - taking photos along the way. There were pies and pasties for lunch, eaten on the High Street and ice cream as we walked down to Derwentwater (pistachio for Toby and pink grapefruit sorbet for me!) We were there in good time for the 1pm boat which was heading clockwise around the lake in the Lodore Falls direction. The weather was sunny with some nice fluffy clouds at this stage, but had been warned that there was rain on the way. My original plan had been for us to hop off at Low Brandelhow and then walk to Lodore, but in the end we disembarked one stop earlier at High Brandelhow and headed for the falls from there. This walk is nice enough in itself, probably the longest gap between stops on the lake - taking us by the shore, where we paddled and also through woodland and bogland. By this stage I had decided that I was probably either going to film inserts from the lakes to go with some of the live footage from the July 2013 Poetry Cafe show or was simply going to film a stand-alone episode back in the lakes, to be edited at some point in late 2013 or early 2014. Considering I am only now editing the 2012 episodes filmed here there is really no rush. In the end I recorded a piece called RUNNING DOWN CORRIDORS, each verse was read in a different location with Toby as cameraman and we just finished up before it started to rain. Although it was light to begin with, we'd already walked a long way and so decided to leave Lodore Falls in case the rocks had become slippery. In the end we caught the 3 O'clock boat back to Keswick, stopped for coffee at Costa, shopped at Booths and caught a Davies taxi back to Braithwaite. A swim, a lovely pasta dish and a spot of telly and we were ready to retire! 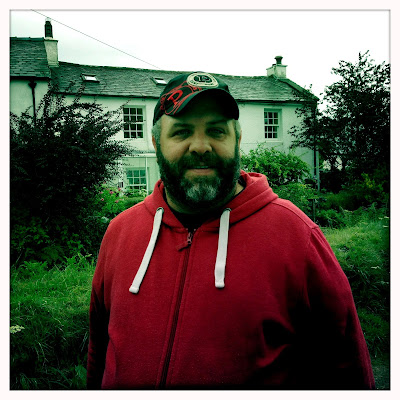 Today the weather wasn't great, although it cleared on and off - but we decided to stay local and watched films and went swimming. I did begin work on a couple of poems and also recorded a short interlude in the holiday apartment garden which involved a bird named "Mystery Hen"! 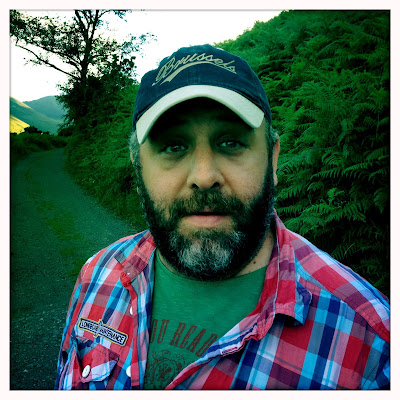 Today we headed back into Keswick - having been fortunate enough to have been sneaked up on, back in Braithwaite, by a bus bound for the town. On arrival we lunched again on delicious pies and pasties and then followed the old railway path out of Keswick, along by the river. I recorded another poem from my 4TH collection, "30" AS OLD AS YOU FEEL, which I read as "40" - the form in which it appears in my SHY YETI RULES OK compilation. It was a pretty hot day, so we picked up some shopping and then returned to Braithwaite; heading out to take some photos around the village after dinner. 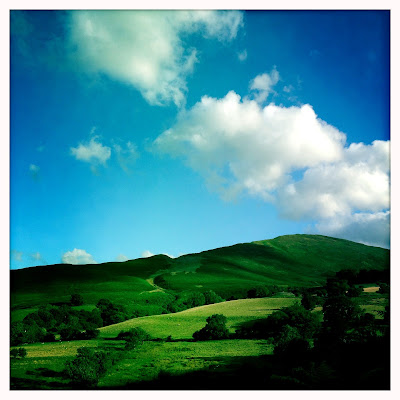 Today we were joined by my old school friend, Paul H, who was one of my cameramen up here this time last year. After a quick trip back to Keswick for more pastry and ice cream goodness we paid a visit to the pencil museum - mainly due to its appearance in one of Toby and my own favourite films, Sightseers (2012). Following another trip into Booths we drove out towards Buttermere where we took more photos, but I didn't record any poems today. Paul and I did manage a yummy dinner at the Coledale Inn in Braithwaite, however. 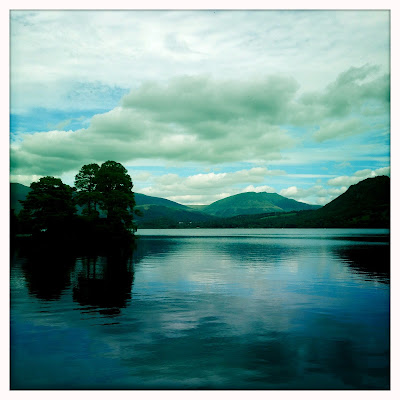 Today Paul, Toby and I headed to Grizedale Woods and did a 5km walk in the forest. The weather was pretty nice today - so I was able to record some bits for my new lakes episode, including performing a poem from 4TH called I AM NOT A GOOD ENEMY TO MAKE. Just a yeti dance and maybe one more poem to record tomorrow. 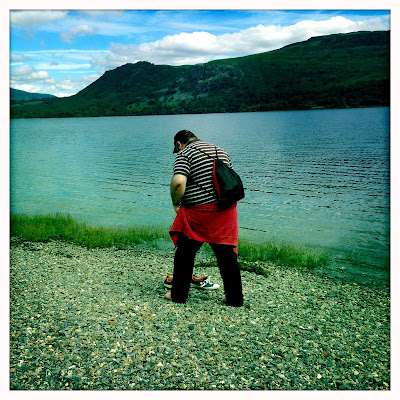 Alas the poor weather scuppered any plans for yeti dances or further poems - although three is plenty for an episode. I did manage to film a short introduction involving a prop that I'd brought along with me. We have plenty of footage for an episode, but it's not quite the episode that I was hoping for - but that was pretty much the weather's fault. 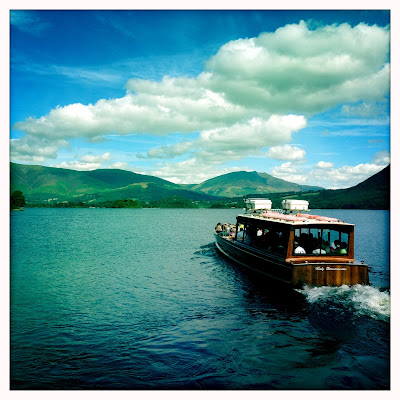 Today we headed home. No time for filming today... Not long until my next trip, to Portland, Oregon - so hopefully we'll have better weather there!

Next week I'll be getting ready for my trip to the States - but will hopefully have something useful to say about some of the other projects that I've been working on... 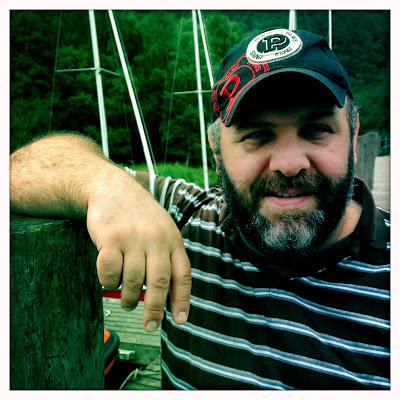 Thank you to Toby W for taking so many photos during the trip. This post is Copyright Paul Chandler 2013.
Posted by Paul Chandler at Thursday, August 08, 2013