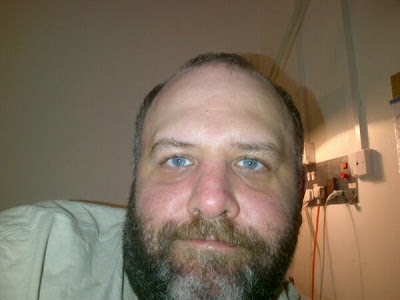 ...BUT THIS WAS SOMETHING THAT I WROTE WHILST STILL IN THERE...
Howdy beasties,
Many apologies for the delay in posting... I can't guarantee that I'll be posting weekly for a while, but that's partly due to the holiday season approaching rather than me being unwell!
So anyway - sorry, where was I?
Actually, this week I'm not quite ready to move on from where I left off back at the end of May... I can confirm that I did get as far as the Shetlands and that I did manage to complete filming of an episode whilst up there, reading a poem from each of my first four poetry collections. I can't say that I was particularly energetic and I'm not sure I'm exactly at my best - but the scenery was nice! As yet I'm undecided as to quite when I'll be editing this episode - particularly as I'm now quite behind on editing anyway. One consequence of being ill is that I'll probably film less when I'm in the Lakes at the end of this month - I'll probably just focus on filming the 2013 Halloween Special for later in the year; that's if I feel up to it. As a result of all this, I'm afraid, that it is also quite likely that I won't be releasing the Summer special that I recorded earlier in the year. I may either re-title it for later in the year or release it as the 2014 Summer Special; for a start I need to see how many references there are in it that it is the Summer Special!
I did take quite a lot of photos in the Shetlands, I've not downloaded them yet - but hopefully next week I'll share more about what I got up to during that trip! We're also not many days away from another Shy Yeti Poetry Café show - Friday 19th July is the day!! More on that nearer the time!
So, if we're not discussing the Shetlands this week then what are we discussing. Well, I thought I'd share with you a piece that I wrote whilst I was in hospital, along with one or two photos from my stay in hospital - a couple taken by me and a couple by my friend Harry F. As you can see I also bought along one of my own books to keep my distracted!There's also a photo of a very yummy quiche that Toby W made me to help with my recovery. That definitely worked! The yummiest quiche I've eaten in an age. Oh - and there's also a photo of my niece, Alena and I - as she happened to be over in the UK from the States visiting family whilst I recouperating back in Salisbury. Anyway, the photos and the new thing what I writ is about it for this week - to be honest. It's a prose piece and is called RUNNING ON EMPTY and was written on the 19th June 2013. It's a piece that sort of sums up a lot of my time in hospital - for the first couple of days I was really quite lost without books and belongings, being the type of person who is always doing something. It was all quite an experience - some of the food was rather nice - but I certainly won't miss the 6 O'clock wake-up calls for blood tests!


As already mentioned next week I've a Poetry Cafe to be thinking about and I may also have some Shetland photos to share with you...

P.S. Thanks to all those in St Peter's and St Helier's hospitals who looked after me when I was unwell! 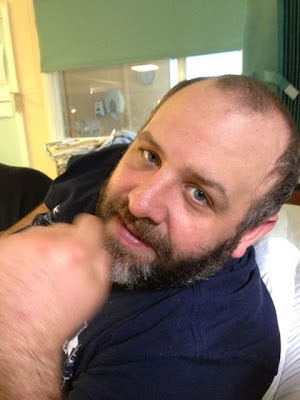 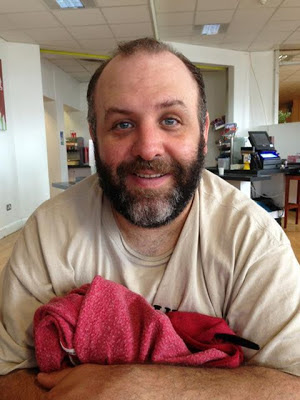 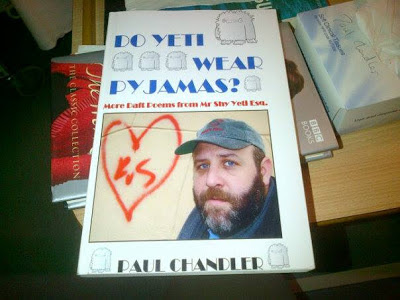 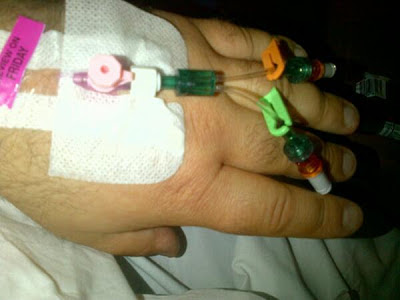 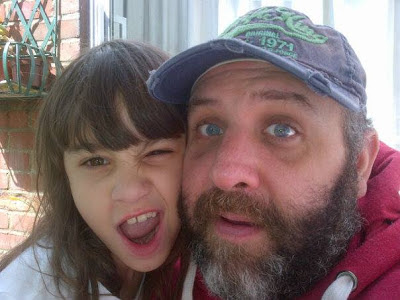 There I am,
Laid up in bed.
Running on empty...
Plugged in -
Plucked and poked and prodded -
Pricked by every needle going.
Feeling a little parched -
It's for my health.
I am buzzed around busily -
Nurse bees intent on getting me better.
The sound of the shower -
Is like the sound of waterfalls...
The feel of the water, over me -
Around me - it's my one true luxury.
My one true moment of privacy.
Is it any wonder that I take six showers a day.
I never could do anything in moderation.

There I am,
Laid up in bed.
Running on empty.
Present and yet absent.
Not exactly dreaming,
I allow my imagination to wander.
I attempt to read but find my thoughts -
In some completely other place.
Not somewhere better,
Just somewhere different.
It's no good - I fail to concentrate.
Instead I stare at the ceiling,
My brain resolutely switched off;
Until required.
I'm not sad, nor happy.
I am not anything right at this moment.
Free to roam; not that I go far.
I am a doll whose batteries need recharging.
But I'm in no immediate hurry.

"How are we, Mr Chandler? Are we well?"
I spring back to life automatically, voice activated.
Suddenly I am all smiles -
Once again playing my part.
I even have time for a joke,
Ever the performer.
An eager-looking beagle out to please.
"Yup! Yup! Yup! I'm better!" I bark.
"I'm well again... Please, send me home!"
I yap and then, looking extremely plaintive I add.
"Feed me... Feed me... Feed me!"
After all, I'm running on empty...
All I want is a mug of tea, a marmalade sandwich and a large, wobbly, mandarin orange jelly. 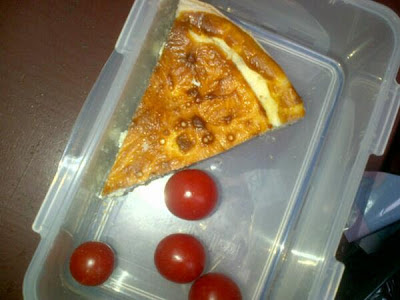 RUNNING ON EMPTY is Copyright Paul Chandler 2013 and will appear in one of Paul's collections in early 2014.
Posted by Paul Chandler at Monday, July 08, 2013