SOMETHING NEW FOR A NEW MONTH... 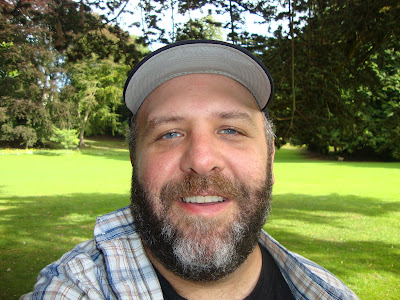 So, what are we up to this week?

Well, for a start, I have something new for you! A short story that I wrote over Easter and recently recorded for a new a Shy Yeti On Location video - not to mention that I also read it at The Poetry Cafe the other Friday. It won't be published in a book until 2014 now - so take a peek at another sample from my first collection of next year; whatever it ends up being called! I will probably be doing an online poll nearer to the point of completion, so readers can choose their favourite title for the collection.

Despite saying that I'd wait a couple of weeks, last Friday I posted the youtube version of the 2nd of the two videos from Venice; I've also just made it available on Vimeo... I'm so pleased to have these episodes completed after all the problems that I had with the episodes that I filmed there back in 2010. I'm definitely planning on returning to Venice, either later this year or early in 2014, so it won't be the last we see that great city on SHY YETI ON LOCATION, if I can help it! Anyway, enough waffling from me - here's all the details and links... Part 2 contains two completely new and, as yet, unpublished poem, by the way!

A YETI IN VENICE - PART 2 is the second of a two-part SHY YETI ON LOCATION series set in... well, believe it or not it's set in Venice! This isn't the first time the series has been there - but it's the first time that I've managed to film there and not accidentally delete most of my footage! (Which is exactly what I did back in 2010!) This second episode was filmed back in November 2012 and includes two poems - one called ARE THEY AWARE I'M A WEREWOLF? and the other entitled ON FIRST NAME TERMS WITH LOVE. There is also a yeti dance and the return of the ghost hunter as he shows you around the city with his peculiar and ghostly tales. The film features Paul Chandler and guest stars Dominic McCauley. Music is by Luca and Spooky Yeti. All content of this film is Copyright Paul Chandler 2013. More Yeti Films Coming Soon...

Hits for the first episode have been really encouraging, with the first episode receiving over 50 views in the first three days. Thank you to everybody who has been watching the film and any of the others on the MRSHYYETI profile. We're creeping ever closer to 25,000 hits!

The next Yeti episode, SHY YETI'S SEARCH FOR SPRING  is now finished and I hope to have that released in a week or so... Although, as mentioned last week, I do intend to do a live video from the ARE WE THERE, YETI? show, but there are a couple of other videos that I am working on first. I think the next live video will be out in early July before our next show. Oh - and whilst I think of it - I'm pretty excited about our July show because it rather looks like we're going to have two Special Guests - the awesome John Smallshaw being one of them and the other... well, I'm going to keep that under wraps for now!!

What about writing and filming, you may ask. This week, poetry-wise I have completed two new poems, one called ENOUGH OF YOUR SAUCE, which is about somebody taking advantage and then another entitled UNTIL THE COWS ALL COME HOME - which is about vengeful cows. I've also been writing a couple of others, BAD AT BEING IN LOVE and another MY CAT GOT BOTOX; these are both based on a true stories, of course! *unhappy sigh... rolls eyes...*.

This weekend, I did a little filming... On Sunday 28th April I went for a ramble with friends up Box Hill and began work on an episode that is provisionally known as SHY YETI INSPECTS THE COUNTRYSIDE... I'm in no rush to get this one finished, but I imagine it as a sort of sequel to 2010s SHY YETI OUT IN THE COUNTRY and aim to film it when I'm out with my flatmate on walks. The Box Hill trip saw me record the first two verses of a piece called MY SELFISH CAT which I included in my SHY YETI GOES WILD compilation back in 2012. I hope to finish filming this poem over the bank holiday weekend as I'm visiting an old school friend in Derbyshire. Depending on the weather and where we go I may even film a little more... We'll see! More about that next week, no doubt. Other than that I haven't got a great deal of filming planned until I head to The Shetland Isles in early June - although I do have a trip to Oxford pencilled in and any opportunity for an afternoon ramble is also an opportunity for some filming. Next week I will hopefully be able to confirm what I'm going to be up to over the summer holidays, in addition to my return to Keswick in late July. So there will be lots of new films coming up, it's just not quite holiday time quite yet!

Talking about future videos I'm going to share with you some photos from an episode called SHY YETI - HOME AND AWAY... which I am about to start editing and hope to post mid/late May.

SHY YETI - HOME AND AWAY

This episode has nothing to do with the soap opera - it's just a title that fits, seeing as some of it was filmed in my HOME town of Salisbury back in September 2012 and some of it comes from my trip AWAY to Paris, last month. Anyway, without giving too much away yet about the actual content of the episode, here are a few behind the scenes photos. 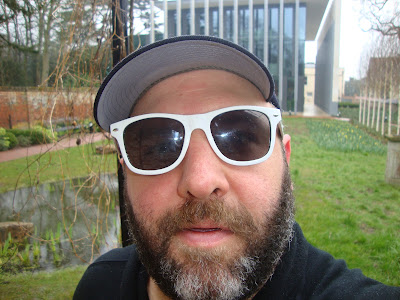 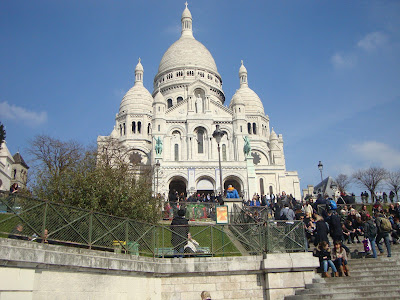 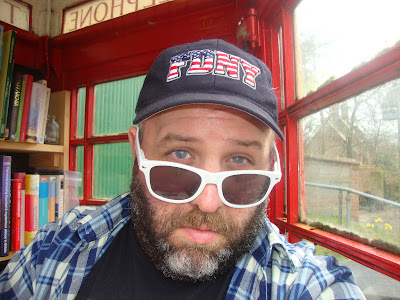 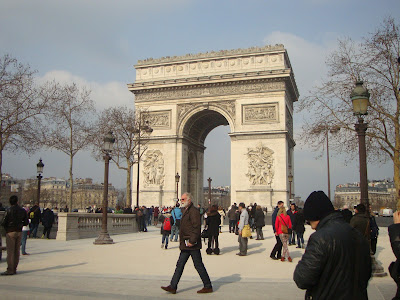 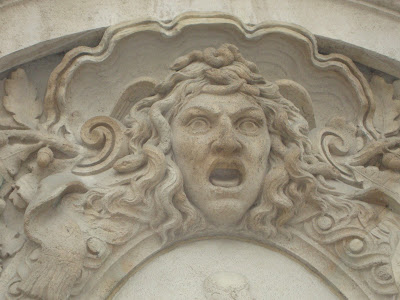 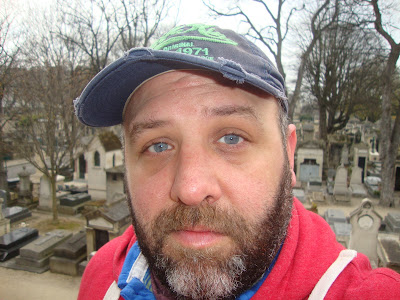 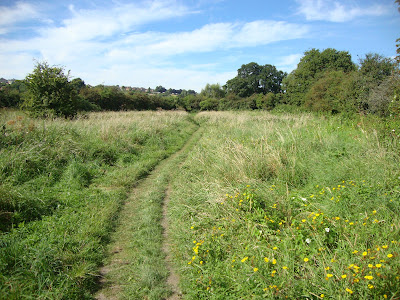 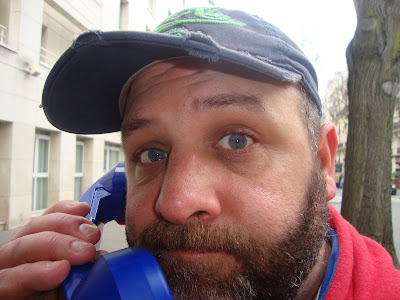 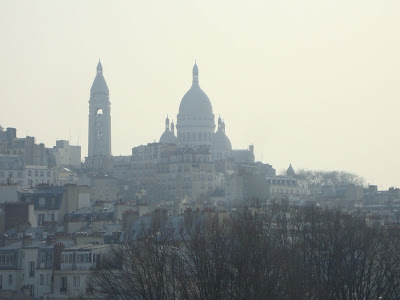 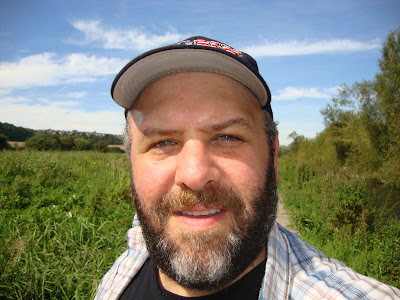 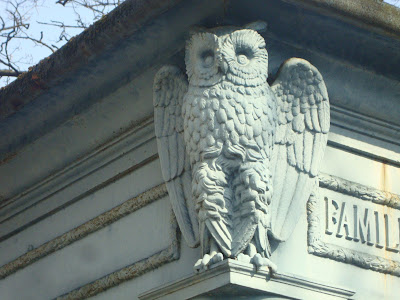 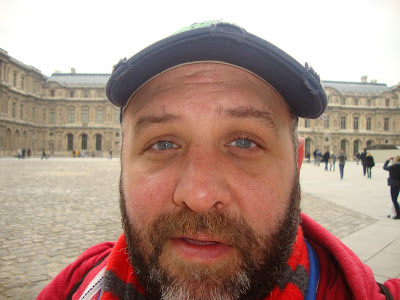 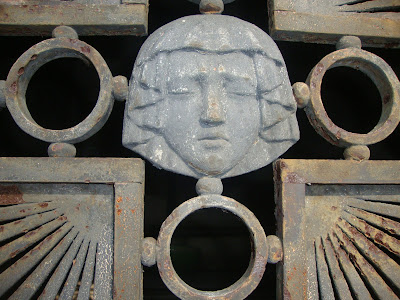 That's about it for now - other than the story which follows at the end of this post. Next week I'll hopefully speak a little more about some of the episodes of SHY YETI ON LOCATION that I hope to be filming over the next few months - and may also have some news of what I got up to (if anything, depending on the weather!) up in Derby...


As the two sisters met one another's gaze they both giggled instinctively. It had been such a jolly game - a harmless prank. Down at the beach that Summer's afternoon they had buried their father in the sand whilst he had slept and later, when the rest of the family had arrived the two girls had said nothing. When asked where Papa had gone they simply shrugged their shoulders. Nobody had been able to find him; they were all looking in the wrong places and had presumed that he'd gone for a swim and got washed out to sea...

Okay, so the joke had gone a little too far, perhaps and now it was time to end this situation before they really got into trouble.

“Do you think that Papa will be cross with us?” enquired Christine worriedly as they began to scrape about in the sand.

Sandra said nothing. They had buried him well and it was hard to locate the exact spot and he wasn't exactly helping matters or calling out. What if he was hurt? Perhaps he'd swallowed too much sand! They had been quite certain to leave him with an air hole so he could breathe. What could have gone wrong. Christine was panicking, but Sandra remained composed and continued her search.

Would he be cross? She worried, pushing away the debris to reveal Papa's grinning skull staring sightlessly up at her from the sand. Would he be cross? No, Sandra reasoned, after fifty years her Father would hopefully let bygones be bygones.

A HARMLESS PRANK will be published in a future Shy Yeti tome during 2014... 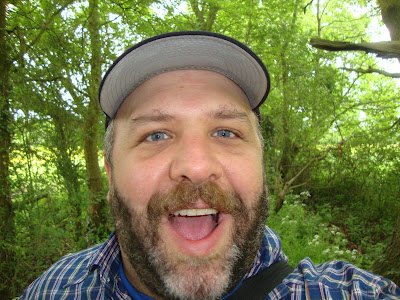 This post and all contents are Copyright Paul Chandler 2013.