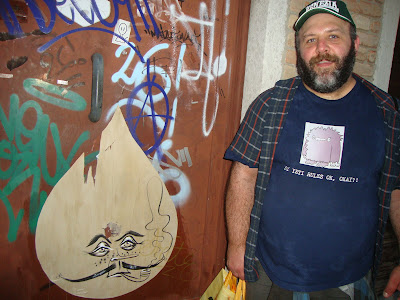 Before we get into the main theme of this post, just to let you know that I've been quite busy putting together a new SHY YETI ON LOCATION episode. It's provisionally called WINTER ON A SUMMER'S DAY - or might simply be entitled SHY YETI'S CHILLY SUMMER SPECIAL. We shall see... The premise is that as the weather in the summer will probably be pretty ropey, then I might as well film the summer special now; so you end up with a summer special filmed in the snow! Trust a yeti to be so awkward and unseasonal! I do hope that the snow in the sketches that I've already filmed won't melt between now and July/August... Hadn't thought of that! So far I've recorded a couple of older poems from my SHY YETI RULES OKAY collections - THE GREAT BOOKSHOP IN THE SKY and CRASHTESTBOYFRIEND and I'll just pootle along with this episode until it's done and keep it "on ice" until nearer the time that it's due to be edited.

There are no particular plans for filming more episodes, over the next couple of months, unless there is more snow. That said I did speak to Dan about recording another cooking episode or two over in February or March; so we'll see how that goes. At least it's something that we can record indoors even if the weather isn't so great outside! Dan and I were discussing doing pies or pasties this time around! I expect to be having a holiday away somewhere around Easter - so hopefully I'll get back into regular filming once the weather improves in late March/early April. Until then I've got plenty of episodes in the can left over from last year. I'm currently still working on the episode that I filmed in Dorset around New Year - there was a lot of footage but I'm working through it now and - I know I've said this before - but I hope that it'll be ready to post sometime in the next fortnight; around the time that ARE WE THERE, YETI!? is published. After that I think the plan is still to edit the two-parter filmed in Venice back in November.

Moving on to the main area of discussion this we and continuing on from last week - I now aim to begin looking at the prose pieces from ARE WE THERE, YETI!?! I don't intend to go through them all this week, as there are well over 50 of them... But let's start alphabetically and see how far we get through! Just so you know, I won't be giving away any spoilers or too detailed plot-points - more hints about what each piece is about! Something to tempt you with, I hope!

This piece is about a man who wakes up from a trauma with gaps in his memory - as he begins to recover he finds himself haunted by he memory of a handsome, yet somehow familiar face in a photograph...

AN ASYLUM FOR AUTHORS

This quirky tale pretty much describes itself with its title! Here we visit an asylum for those authors who have become a little too obsessed by their own characters!

Auntie Astrid is a character that was first introduced during my Mouse Of Commons series and was co-created with my friend Gareth Bellis. Astrid is a guinea pig guru, no less - an agony aunt who offers help and advice to animals in need. Here are some more letters for her to wade through; on this occasion all the missives are from creatures who are about to head out to the States for well-needed holidays.

This is the story of a vengeful bee who won't let his family be walked over...

BEING STALKED BY THE LETTERS


How would you like to be stalked by the Hollywood letters? It may seem flattering at first, but can very quickly become an embarrassment!

It is the end of the world and all the narrator of this piece seems concerned about is that he dies in his nicest underwear!

THE BODY IN THE BOG


This story is adapted from a poem that I wrote back in 1992 and involves the discovery of a body in a marsh. Things quickly take a turn for the worse for the gentleman who accidentally stumbles upon the corpse...

A BOY’S DREAM OF FLIGHT


This piece acts as a warning about the dangers of walking small dogs!

A short Christmas sketch that is written from the point of view of a Christmas tree!


Murder isn't the problem... It's cleaning up afterwards (or not) that really annoys the cleaners!

This story tells a tale of a hoarder who has trouble keeping a relationship going... But what is he doing wrong or is it his collection that is somehow conspiring against him!?


During the London riots - one particular rioter met his match with the item that he looted! This sketch shows exactly how it happened!

The priest in this story is having a very forgiving day when it comes to the crimes of his parisioners! But why?

Sometimes it is the creepiest people who can be the most exotic...

This story is all about the owner of a creepy wax works as he waits to open the doors to a whole new stream of customers; it is something that he very much looks forward to... for many reasons!

The daily grind can really get to some people - all that pent up resentment that keeps building inside every commuter as the days and the months and the years go by... Standing on platforms alongside neighbours that can barely even make eye-contact or say hello of a morning. After a while it gets to you and one day all this frustration is bound to explode...

A fan writes about the death of his favourite actress - someone whom he claims to have been very good friends with! However, truth is always stranger than fiction!

THE DUST OF AGES

How come the college librarian still looks so young after so many years? Only the dust of ages has the answer to that!

Those who choose to read each other's minds may sometimes find a darkness that they wish they had left well alone...

Charlie has become sick of his wife, Judith - and every day he plots to kill her... One day he might just do it too!

Feeding time at the zoo is probably one of the busiest times of the day - but what if there was only one canteen for both the visitors and the animals!?

A FLY ON THE WALL

THE FOOD OF LOVE

The couple in this story have much in common - but what they choose to do about it is certainly food for thought!

The tragic story of a blood orange and a fruit bat...

A favourite teddy bear discovers that he has a rival for his attentions - a large floppy-eared bunny!

Revenge is best served cold at Christmas, but sometimes a loving couple can get their wires crossed by quite how far they intend to go to show their loyalty to one another!

Two old friends meet up, by chance, in Los Angeles - both are actors, both very vain and soon they begin to discuss the various health fads that are doing the rounds; some of the options are bound to make your skin crawl!

THE HOODIES NEXT DOOR...

A family of hoodies lives next door to a family of apes and it really is a recipe for disaster!

HOW MONEY SPIDERS GET THEIR NAME...

Two young ladies compare notes on the famous historical characters that they would most like to have dated!

THE HYPOCRISY OF OLD AGE

With age comes the freedom to become a complete hypocrite AND to get away with it!


Two rival ice cream firms battle it out for supremacy - with tasty results!

INK ON HER HANDS


Some people take stationery very seriously... So I wouldn't go nicking a pen from one of them, if I were you!

Next week we'll look at the other half of the stories and the following week the poems; as I've mentioned, by then the new book should be released and hopefully I'll also be unloading a new SHY YETI ON LOCATION episode around then too... 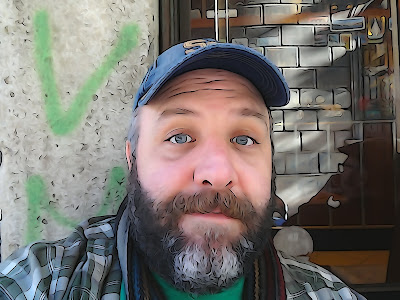