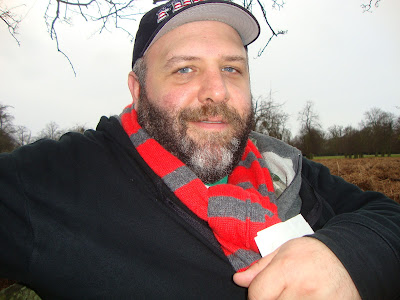 A YETI WAY OF THINKING...
AND OTHER BIZARRENESSES...

This week I'm going to share with you the last poem that I completed in 2012... It's one that I wrote between late November and the end of December on my Blackberry; just returning to it whenever I got a spare moment. I'm not sure where all the time goes at the moment, so I've not been writing as much as I'd like to - but I do write whenever I get the chance and have a number of almost completed poems in the works.

In the last week I've managed to finish two pieces, as well as starting a number of others. Thef first poem was inspired by a rather uncouth conversation that I had with my work mates Lorraine and Charlotte after the possibility of snow lastweekend (it didn't arrive until Monday and then didn't try especially hard!) It was called TEN INCHES and it's about a group of ladies who decide that a snowperson might make a better companion than the men that they currently live with.That first piece was more prose and was written in one sitting, whilst the second item that I completed was a poem that I've been working on for just over a month; it's called MY NEW YEAR HANGOVER and it's rather a sad little verse. Other poems that I've been working on include SCABBY DONKEY, MASTER MAGPIE, REBEL WITH A MINOR CAUSE and RANDOM MEN THAT I'VE MET...

The poem that I include in this post, however, is called A YETI WAY OF THINKING... and at time of writing I am even considering it as an alternative title for the GRANNY ATE MY AFTERBIRTH? collection... Some people seem to think that it might be a rather off-putting title for a book, but considering that I hardly sell bucket-loads of copies anyway I am very tempted to just keep it anyway! It's not a title that you'd forget and, afterall, there is a poem already to go with it. Still, A YETI WAY OF THINKING might make a good future compilation title. We'll see...


I've got a yeti way of thinking...
I've got a yeti way of thought!
I can count right to one hundred;
Reciting backwards down to nought!
I can do my yeti sums -
In quite an open-minded fashion.
I can do them whilst I dance -
And when I do them, I'm so dashin'.
It's a pleasure to be brewing -
Every quite amazing plot...
Yeti thoughts are rare in breed;
Yet even so I get a lot!
Yeti often get ideas -
Involving pie abomination...
To rescue every lonely pastry;
And outlaw pasty domination!!


I've got a yeti way of thinking...
I've got a yeti way with words!
I need to eat to keep me bright;
So give me seconds, serve me thirds!
So if you give me tricky problems -
See me solve them; really speedy!
In a moment I'll be done;
And I'll get back to being greedy!
Only yeti have the knack -
When it involves such urgent plans;
Knowing all there is to know 'bout -
Quiches, cakes and tasty flans!
You can depend on yeti brains -
They're quite reliable, for certain!
They keep themselves looking so chic;
They would look good dressed in curtain!


I've got a yeti way of thinking;
I have a yeti way with love...
But I will sacrifice my heart if -
Ever push it comes to shove!
Yeti magic can be strong -
But I am very people minded;
Just do not let yourself be fooled;
It's very easy to be blinded!
I can work my yeti ways -
Like a magician casts a spell...
Conjure roses from your pie;
Whilst drooling from the gravy smell!
Let me declare before I leave -
With my intelligence; don't tinker!
If you need advice, just ask a yeti!
Cos there is no smarter, furrier thinker!!

So what else have I been up to?

I think I can safely announce that the new collection ARE WE THERE, YETI!? will be out in the first week of February... I've almost finished checking through the fact file - so hopefully once that is done I can send off a copy to Lulu for contemplation!

I've also been busy editing, although last week I had a few hiccups with the old laptop that I edit on... Still, it seems to be working okay again now - but it's taking me a while to get the footage down to the required length; but I'll get there. At the moment I have over 50 minutes of footage and need to get it down to around 12; but there were quite a lot of multiple takes for the poems - so that should be completely doable.With a bit of luck SHY YETI'S RETURN TO DORSET will be up before the end of the month.

The next film that I intend to work on is one that I filmed in Venice back in November. You've had a slight preview of that during the A VERY YETI CHRISTMAS episode that I posted last month, as one of the poems that I read during that was filmed on that same trip. The remains - effectively the main event, as it were, should be enough footage to make, at least, two new SHY YETI ON LOCATION episodes. Hopefully this should make up for all the footage that I lost back in November 2010 on my previous trip to the city. I simply can't get enough of Venice, so I definitely aim to return, if not this year then in 2014.

Once ARE WE THERE, YETI!? is finished and released I'll be moving onto working on my next collection, NOT AS SHY AS I WAS. The actual writing for this was completed back in the autumn, but it still needs to be formatted and proofread. I'm aiming to post a list of all the titles from that volume in the next few weeks. Any new poems/prose pieces (such as the ones mentioned above) are going into GRANNY/YETI WAY OF THINKING collection and I am also continuing work on the 10th anniversary edition of GO 4TH AND DIVIDE. I'm not planning on working on any compilations at the moment - for now I just intend to focus on the material that is waiting to be released.

Next week I hope to be announcing that the new Shy Yeti On Location episode is ready, but we'll see. If not that then I'm sure I'll find something else to waffle on about!

PS Over Christmas I also found some footage that I thought was lost from one of my overseas trips... So that's even more footage to be edited at some stage this year! 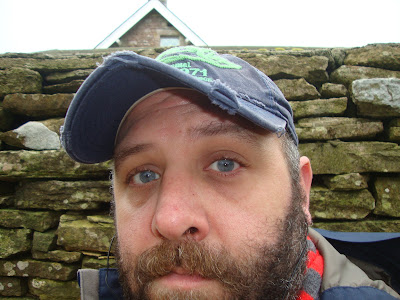