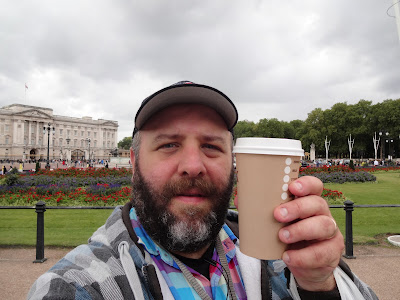 BACK DOWN TO DORSET FOR THE NEW YEAR...

Hopefully your Christmas and New Year were successful!?!

This week's post is another of my diary posts, as I've been busy over Christmas and have also been away, which is why this week's post is pretty late. I've been filming a new episode (or maybe two - we shall see), mostly down in Dorset - although I did film a yeti dance or two in Bushy Park just before Christmas. My Christmas and Boxing Day were relatively quiet, but I headed down to Salisbury on the 27th December to catch up with friends and family before heading to Swanage on the 28th. Obviously the weather in December isn't up to much, but I was intent to film as much as possible, even if it meant filming the actual poems indoors. In the end I was able to do a bit of both and got plenty of location shots outside too - although I will have to dub music over some of the breezier shots!!

For the first couple of days of the trip I was lucky enough to be accompanied by my old school friend, Paul H - who was also there and helped film some of the material for the, as yet unedited, Lake District video from last August. We stopped in Bournemouth on the way down - but I didn't film anything there and work on this new episode, returning to Langton Matravers after 3 years, didn't really begin until Saturday 29th December 2012.

Paul and I headed into Swanage and took the steam train to Corfe; the weather wasn't great but we made the best of it and I took a lot of photos in Swanage, during the journey and also in Corfe when we finally got there. I also recorded a poem on the train FROM THE MIND OF A TURNIP, which Paul helped film; this piece is from my 4th collection, GO 4TH AND DIVIDE, which is due to be re-released for it's 10th anniversary in Summer 2013.

Today was swap-over day, Paul was due to head home in the afternoon, but firstly we took a quick jaunt out to Lulworth Cove where I filmed some scenery and nearly lost my baseball cap! After that we went to Wareham and picked up my friends Harry and Eric, had lunch at The Quay and then Paul dropped us back in Langton Matravers. After a walk up the hill, where I managed a rather half-hearted yeti dance and then a swim on our return, I recorded another poem from GO 4TH, a piece called A GAP IN THE MARKET. At this stage I'm still not sure whether I'll have enough for two videos or for just one longer one! I still have over half the holiday left and the last three days of the trip are forecast to be dry and sunny (well, at least one of them is forecast as sunny, but the others are dry!) We shall see, because it does get quite breezy up here and that can really put a stop to any chance of filming poems outside, unless you can find somewhere to shelter .

Not a lot of chance for filming today as the weather was filthy, although I could have recorded indoors again - but decided that I had enough days left of the trip to wait and see how the weather was later in the week. New Year's Day was also rumoured to be especially good weather... So, hopefully, worth waiting for! I did record one or two little bits down in a wet Swanage and took a few photos; mostly of food! I also completed the last poem of 2012, A YETI WAY OF THINKING, which I've been working on since late November; I also worked on another poem called NEW YEAR HANGOVER, which will probably be the first poem completed in 2013. In the evening I also spent a lot of New Year's Eve whilst H and E were watching telly editing my next Shy Yeti On Location episode, SHY YETI COOKS...

H and E were due to return home today, we didn't stay up too late and weren't too worse for wear in the morning, so I cooked breakfast and then we walked into Swanage around 11. There was no public transport back to Wareham for H and E to catch their evening train and taxis were pushing £40, but all was not lost, however, as the steam train was working and so we headed for Corfe Castle. Whilst H and E went to look around the castle, I took a potter down by the river and recorded another poem from GO 4TH AND DIVIDE, called DARK HORSE. After a cup of tea, I headed back to Swanage on the train at around three and managed my first ice cream of the year before walking back up to Langton Matravers; the ice cream flavours were stollen and butterscotch!! On returning home I watched more films and continued work on SHY YETI COOKS...

I stayed in all day today, watching series two of Walking Dead, a number of horror films, some Prisoner: Cell Block H and a documentary about Venice. I did, however, finish SHY YETI COOKS, which will now be ready to load up early next week once I'm back in my usual routine. I also downloaded all of the footage, so far, for the new Dorset episode and began tinkering around with that too.

My last full day of of my trip saw me heading back up towards Dancing Ledge, which is about a mile or so from where I am staying; it also appeared in the first SHY YETI ON LOCATION episode three years ago. I had hoped to get up there on Sunday with H and E when the weather had been nicer, but it had been too muddy for the lads. The weather, on this attempt, wasn't great, but it was dry and so I just did a few little inserts for the start of the Dorset episode and I recorded another yeti dance in the same location where I filmed the very first yeti dance. As I say, the weather wasn't as good as when I was there three years ago, but I did actually dance right by the Dancing Ledge sign with a nice view or two behind. I think the cows up on the clifftop were pretty bemused!! This sees SHY YETI RETURNS TO DORSET, now completed and I will continue editing it and intend to post it sometime around the middle of January; around that time I'll also post a photo gallery from this episode.

One thing I probably should warn those of you who watch my Youtube videos is that, due to all the cooking in SHY YETI COOKS, there are no yeti dances - but I am glad to be able to announce that this is more than made up for by the amount of yeti dances (even if some of them are rather nervous and squelchy!) that appear in the Dorset episode!!

I'm due to travel back to Salisbury tomorrow, Friday the 4th January and will be staying with friends there. Once SHY YETI COOKS is up and the new Dorset episode I will probably move on to the Venice episodes, before working on either the Brussels or Lake District episodes. Next week I'll be announcing which of the 2012 episodes got the highest ratings, as well as posting links to the new film. I may even post a new poem, I'll see how generous I'm feeling! 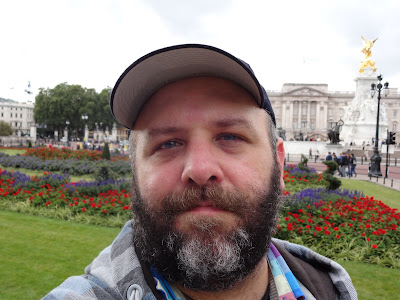