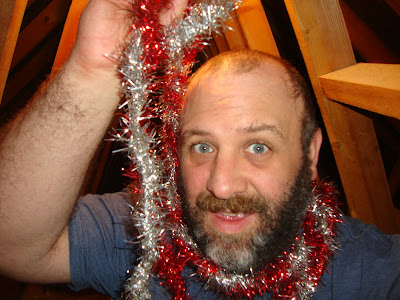 Listen, as much as I'm not the biggest fan of Christmas ever I did think that I'd do a proper Shy Yeti Christmas video for you this year. Last year I read seasonal poems on the radio - but this time I wanted to record a proper episode... On Location, no less!! Well, it's finally done and here's a bit more about it...

A VERY YETI CHRISTMAS is Mr Yeti's extra-special Christmas film for 2012; a gift to you, if you will! It was filmed all over the place, mostly between late October and early December 2012 in such weird and wonderful places as Salisbury, Belper, all manner of locations around London - oh, and on the island of Murano near Venice! Mr Yeti isn't the biggest fan of Christmas, but you will be pleased to see that he does do his best to get into the spirit of things. There is much silliness on offer, a yeti dance (of course!) and three poems, ALTERNATIVE SEASONS GREETINGS, WICKED SANTA and LOOK! I'M NO SCROOGE. All of which can be found in his mini-collection TOO SLUSHY FOR SNOWMEN which can be purchased at: http://www.lulu.com/gb/en/shop/paul-chandler/too-slushy-for-snowmen/paperback/product-18724965.html This episode also guest-stars Mr Dominic McCauley. Music by: Luca, Spooky Yeti and The Choir Of St M... Camera: Paul C, Dominic M, Paul H and Toby W. Edited by: Paul C. This video and all contents are Copyright Paul Chandler 2012. There will be plenty more films coming in 2013! Merry Christmas and a Happy New Year!

So that's the first of your two Christmas presents! (What do you mean you didn't like the first one!?! Don't be so ungrateful!) Anyway... Where was I? Oh yes, Christmas present part 2 - this year's Christmas story... It's called HIS CHRISTMAS CARDS and it won't be out in a book of mine for quite some time as we've currently got a two book backlog!

Unless I have a sudden urge to post something on Christmas Day or Boxing Day my next post is going to be about my little jaunt down to Swanage for a week from the 28th December... It's not the first new year that I've spent down their either as you may recall; in fact it's where I filmed the very first SHY YETI ON LOCATION episode almost three years ago now. Depending on the weather I hope to be filming another episode (or two) during this trip, but will be reporting back whilst I'm away as to how I'm going, as well as wishing you all a happy new year...

That's all for now - enjoy the story and have a yetifabulous Christmas!! 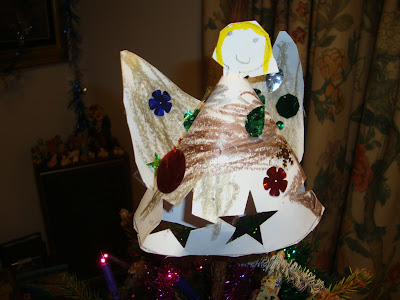 He has done very well for himself this year;
Has received a bumper crop of Christmas cards.
He's really been very popular indeed around the town.
The butcher, the baker, the candle-stick maker;
Even the head master – even the mayor wrote him a card.
The mayor should have known better and gone recycled, mind...
And not bought his cards on the cheap, off the market.
Supporting local businesses though, he'd probably claim.
Still, it's the thought that counts; that's what one has to remember.
He lines up his Christmas cards along the mantelpiece –
And then slowly he counts them back.
All sorts of colourful pictures and seasonal displays present themselves;
Some are religious, some show snow and holly, some are funny or even slightly rude.
One has a cute cartoon reindeer writing a Christmas wish list to Santa;
It's probably his favourite.
There are thirty seven cards.
It's a fine amount for a man of his age.
Shame it's not an even number though and taking in the way that he arranged them there's no doubt that there's still room for a few more.
Returning to his seat he takes out another pack of cards from the desk drawer and uncaps his pen.
There must be somebody else – other names that he knows.
The butcher, the baker, the candle-stick maker; he recalled all those and more.
But why not spread the net a little wider, aim higher…
The arch bishop, the actress, the celebrity hairdresser...
The footballer, the super model, even a notorious serial killer long-since deceased...
Her Royal Highness, Hitler, Joan of Arc, Mickey Mouse;
Once the names begin to come to him they arrive thick and fast.
He begins to scribble them down – he may need another box at this rate!
The whole house will be full of Christmas cheer.
No time to waste though, as he writes himself new greetings to join that growing collection of cards.
Once done – exhausted – he puts them all in envelopes, seals them and pauses.
No sense in wasting stamps on all these;
He'll merely post them through his own door when he's half asleep before bed.
He might be a tad eccentric, but nobody can say that he's stupid! 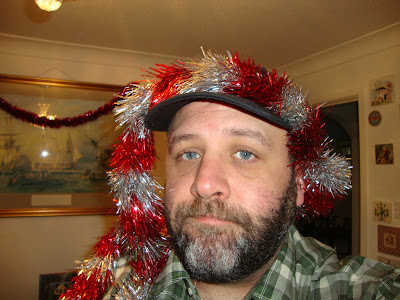