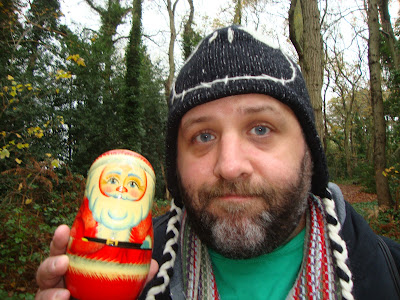 This week, with only a few days to go until the Shy Yeti Christmas Special is posted, I thought I would share with you some photos from behind the scenes on the episodes and also post an old Christmas poem which just happens to come from my book GO 4TH AND DIVIDE, which will be celebrating its 10th anniversary next year.

Next up, last week I promised you some photos from the behind the scenes on the Shy Yeti Christmas Special, which is to be entitled A VERY YETI CHRISTMAS... So here they are!!

These photos were taken during filming of this episode - although one or two were saved over from Christmas 2011! Yes, that's why I look so much more beautiful in some of the shots. *cough* The photos appearing in this episode were taken in Venice, Richmond, Salisbury, Oxford, Charlton All Saints, Belper, Weybridge and various sites in London. Photos were taken by myself, Dominic McCauley, Paul Hillier, Toby Warburton and Beverley the Receptionist from Work!!! 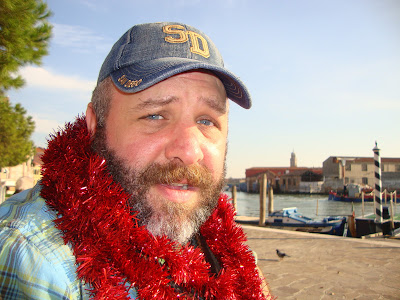 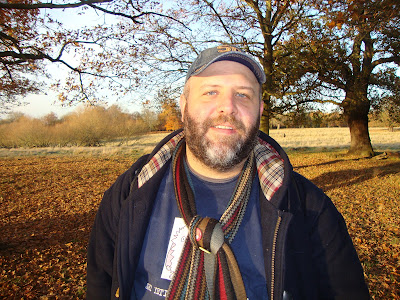 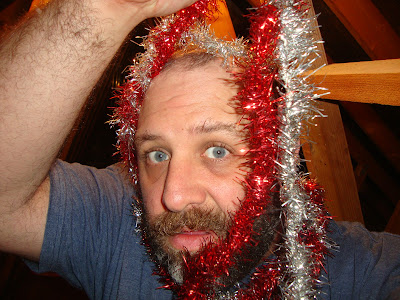 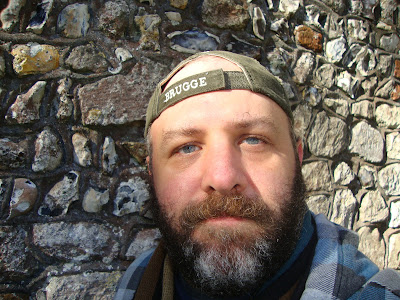 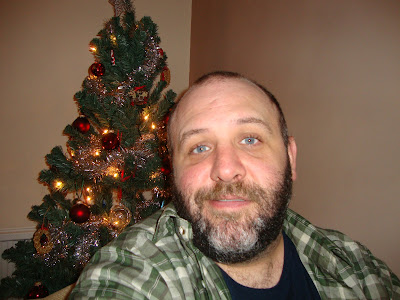 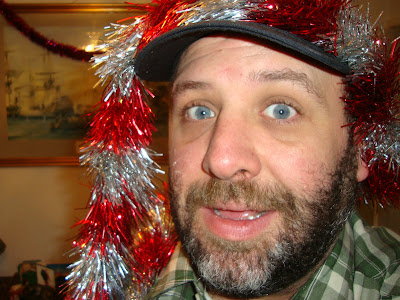 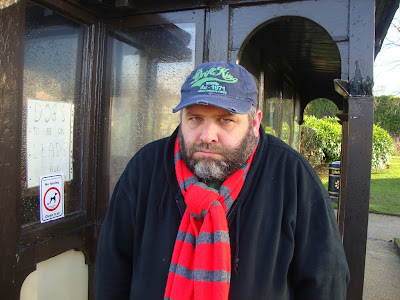 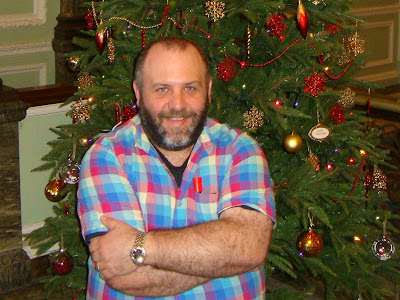 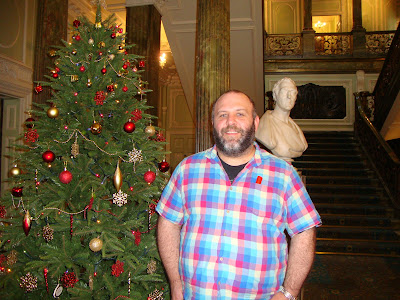 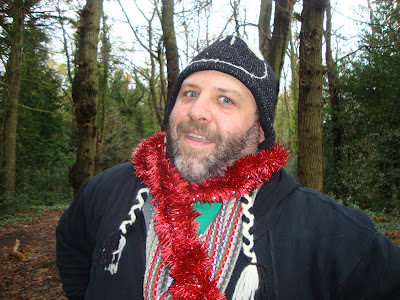 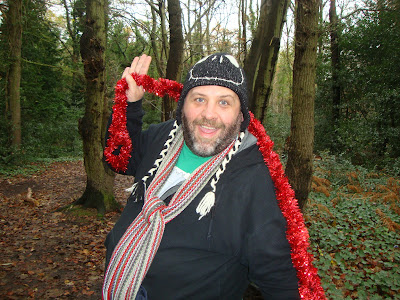 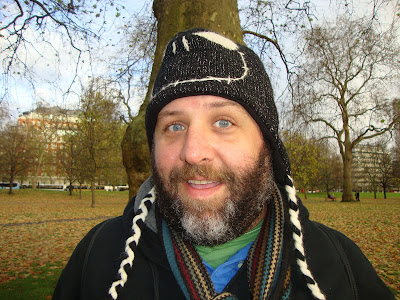 It's all very well showing us photos of the episode, but how's the actual Christmas film going?

Pretty well, although I have had quite a busy week or two which has meant that I haven't really had many evenings to work on the video. This week I've been getting up extra early before work (at around 5.30 a.m.!!) and working on it for an hour or three before heading into London. I think it's making a difference! I've pretty much got a rough edit done now and should get it to the right length by tomorrow morning and maybe even get the titles on. Wednesday night I intend to work on Christmassy music for the episode, but I'll also be using some of the spookycreepy music that I put together for the Halloween episodes. With a bit of luck it'll all be done so that I can load it up on Friday and then post it during the weekend!

Shy Yeti you shall go to the ball! Or something... 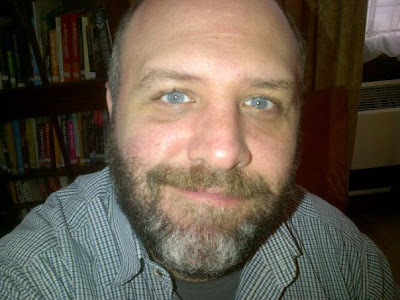 The photo above was taken about an hour ago whilst I was re-recording some sound for the poem ALTERNATIVE SEASONS GREETINGS which appears in the Christmas episode. I recorded the poem in Hyde Park near the Winter Wonderland in November, however one of the verses had some problem with the sound. I had intended to go over to Green Park in my lunch break and just record that one verse - however I forgot to bring the right hat - it's also too cold. In the end I recorded the problematic verse in the warmth of our library and will dub it over some of the footage that I have from the Winter Wonderland.

That's almost it now, but before I go here is that older piece that I mentioned, from GO 4TH AND DIVIDE. I've slightly revised it whilst working on the 10th anniversary edition of the book - but it's mostly the same as the original version which I wrote back in 2002. 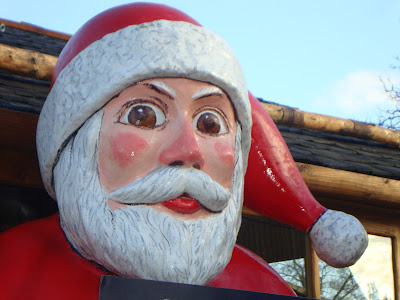 
He looks down at me…
He looks down…
I want to try and cheer him up!
He was always my favourite icon.
I don’t like to see people who I care for suffering, I want to make it right.
I want to dazzle him with the bright lights of Christmas…
Cover him with multi-coloured party streamers…
I’m not sure he would approve, but everything else is decorated!
Everything else has tinsel that covers it from top to toe!
Everything else is embracing The Festive Spirit ™
But not him.
There he is up on my wall; a poster – almost life-like, life-size!
But solo. These days he’s a loner.
No more is he hanging out with the other Smiths.
They’ve fallen out.
Don’t even think about it – I’ve tried to mediate and it did no good!
Maybe the other guys in the band would have put up with a bauble or two;
Even on a bad day!
But not Morrissey – too much of a free sprit!
His expression makes that perfectly plain.
I can almost imagine his reaction to being decorated.
Can almost hear all the cutting yet witty remarks that he’d make!
Everything else in the room spruced up for Christmas.
Everything else decked out with Holly.
Even Robert Smith of The Cure!
Even Siouxsie Sioux – all The Goths – all the Punks…
But no – his is the only poster that remains bare; unseasonal.
Just standing there looking moodier than a wet weekend in Margate!
Eyes averted to the clouds on some unremarkable Autumn afternoon!
The moment has been captured for posterity, but he seems not to care…
Oh well then, let him stay like it if he’s not going to join in!
I’m not going to let him spoil things for us…
He’ll just have to stay there and sit it out until New Year…
That night though – lost in the very heart of the darkness…
There in the silent hours when he’s not looking;
I decorate Morrissey!
I pin a sprig of Mistletoe above him –
And I give him a quick XXX Xmas kiss…
Heaven Knows He’s Miserable Now!
But to hell with it…
It’s Christmas.

Next week I'll be posting the links to the Christmas episode and I have a Christmas story for 2012, although these two might end up as two posts! We'll see! Don't forget to keep watch all the yeti videos on http://www.youtube.com/user/MRSHYYETI, especially all the ones that I've posted during 2012 as you could still influence which video of this year wins the award for most views this year. *there is no ACTUAL award, but just pretend there is, okay... Perhaps I'll buy myself a new pair of Converse or something!* 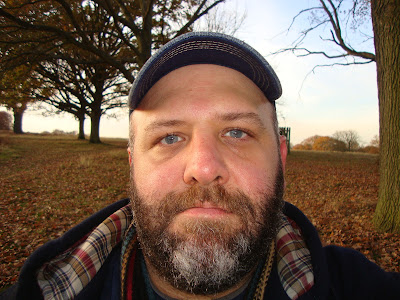