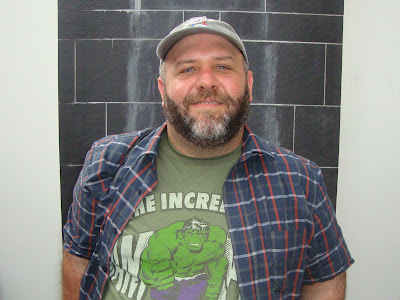 THAT "LOST" HOLLYWEIRD VIDEO AND WHAT I'VE BEEN UP TO...

Well, finally - despite being tempted to post this a lot sooner, I am happy to announce that my new SHY YETI ON LOCATION episode is available to view. It's called SHY YETI'S "LOST" HOLLYWOOD VIDEO and it loaded up first time and well, I'm really happy with it - so here's all the information you need to know.

SHY YETI'S "LOST" HOLLYWOOD VIDEO was never REALLY lost... Mr Yeti just held it back for Summer 2012 as he knew he wouldn't be getting back to The States this year. This video was filmed at the very last minute on Saturday 12th November 2011 and hadn't actually been planned. It was filmed in LA, up in Griffith Park near the location for The Batcave from the 60s incarnation of Batman. This video features 2 poems, one filmed on location in Topanga Canyon and Griffith Park called PEACE OF MIND IN A TEABAG and the other, ALTERNATIVE LIFESTYLES appears as live footage from Mr Yeti's June 2012 show at The Poetry Cafe, London. The third piece is an early version of a story called A YETI HISTORY LESSON OF HOLLYWOOD which appears in a slightly revised version in his forthcoming collection of poems and prose ARE WE THERE, YETI!?, due out September 2012. All this and lots of silliness, a yeti dance and the Hollywood sign! What more could one ask for? This episode features Paul Chandler a.k.a. Shy Yeti and also guest stars Dominic McCauley. Camera: Paul Chandler and Dominic McCauley. Music: Luca. This film and its contents are Copyright Paul Chandler, 2012. There will be more yeti videos coming very soon!

In addition to this there is also now a Vimeo version of the 2nd BLOG BONANZA SHOW which can be viewed at:

The Youtube version remains on my MRSHYYETI profile at: http://youtu.be/cFzjsavCbNA

So what have I been up to since I last posted... Well, I think I will continue, for now, to update you with a daily diary of events - so, where were we last time? 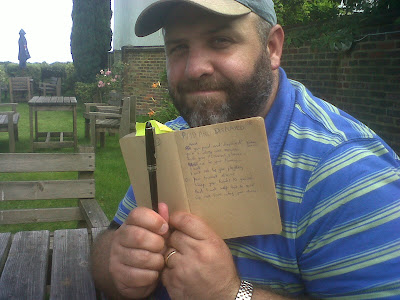 The last proper day of my Summer holidays didn't start too well in that I left my house with my camera, but with no battery inside! Still, it was a very nice walk along The Beeches Way, starting at Burnham Beeches and Calum took a few photos which I have included in this post. Actually, it was really pretty hot - so in a way I'm not sure that I'd have wanted to walk 8 miles and have filmed a lot of stuff too! I did manage to complete two verses of a new poem called PAID AND DISPLAYED though. 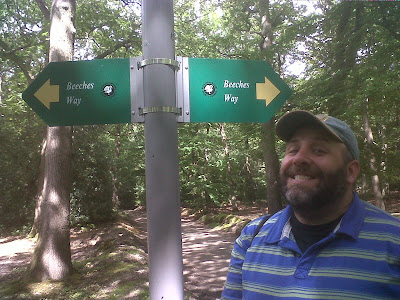 Today I was catching up with friends, however there was a bit of filming involved for my forthcoming foodie special of SHY YETI ON LOCATION. Filming took place at Borough Market with Dan and also in St James Park during a picnic with my old friends Harry, Steve and the Sean's! Other than that I did a bit of editing and it was all very nice, but nothing much else to report of note! ;)

Today I probably achieved more than I was expecting. I knew I was going walking with Calum, but not exactly where and how much of a journey it would involve. In the end we returned to Tring, which we partially explored sometime last summer. On our way there I began thinking about writing a new poem that would go well in the foodie special that I have planned - and so I began to write a silly little piece about cake. Hardly a first! The first verse went well, but the piece was only half finished and didn't even have a title by the time I got the chance to begin recording it. I recorded the first verse up in Tring Park and then completed verse 2 and wrote verse 3 over lunch in a Prezzo in Tring itself. Verse 2 I recorded in the Memorial Garden and verse 3 along the canal near the reservoir. I also made sure to take pictures of as much food as was possible and also to do a few links for this episode. It was much too hot to yeti dance, but I should get a chance to record another poem next weekend as it's bank holiday and then all we need to do is record the cookery sequences. That said I'm in no rush to do this as I'm not expecting this episode to be ready for quite some time - in fact it might not even be posted until the Spring as I have a lot of other episodes to focus on first. Oh - and the title of the new poem is THE TRUTH ABOUT CAKE - a very Paul Chandler / Shy Yeti title!

Back to work today after three weeks off... Sob. Today I typed up a couple of poems that I wrote over the last few days, last week's THE BALLAD OF DEAD-EYED BOB and yesterday's THE TRUTH ABOUT CAKE... I also loaded up the 2nd BLOG BONANZA SHOW on Vimeo and posted it onto the usual sites. In the evening I completed the first rough edit of SHY YETI BOTTLES SUMMER, which came in at just over 14 minutes. As it stands it's much too long to be loaded onto Vimeo, so I would have to edit it - so I'm going to continue to work on a shorter edit as I prefer to load the same version of each film on each profile, if possible.

Today I loaded the Vimeo version of SHY YETI'S LOST HOLLYWOOD VIDEO which I made available on Youtube yesterday - only I forgot to say... This episode is the 100th video that I have posted on Vimeo since Summer 2008, although most of these are now available on both profiles. Today, I also did some work on MINE OWN MINOTAUR and I LOST MY HEART TO A CORNISH PASTY in the actual book that they will appear in. I also began two new poems MORE ISN'T ALWAYS MORE and COME FOR TEA; by the end of the day I had completed the first piece and written the first two verses of the second.

Before work this morning I completed a second rough edit of SHY YETI BOTTLES SUMMER, which comes in at nearer 12 minutes. I also completed COME FOR TEA during my journey into work and did some formatting work on a number of the poems that I completed whilst I was away. This takes us to lunchtime today when I will be posting this very post!

Before I go I want to share with you my rough plan for episodes for the final third of 2012, some are definite and in the can and some are just proposed and may well end up with better titles!

During September and early October I also intend to work on a couple of new SUTTON PARK episodes to celebrate the 20th anniversary of the series. All the material for these is already recorded, some of the footage dates back to 2010, with linking scenes filmed this summer.

Next week I'll be looking forward to the autumn and what exactly I'm going to be busy writing and recording. That's almost it for now - except for one or two photos, more soon...

CALUM'S BEHIND THE SCENES PHOTOS

The first two photos were taken on Friday 17th August 2012 during our Burnham Beeches walk when I accidentally left my camera behind. The final three were taken during my Keswick trip - one is a behind the scenes shot of me reading "IT" in the rain on Monday 6th August. The penultimate one is of my friend Paul H and I, taken at Rydal Water on Sunday 5th August, whilst the final picture was taken on the penultimate day of our trip, Tuesday 7th August 2012 over lunch as I prepared to read another poem by Derwent Water. P.S. The photo at the top of the page was taken by Dan H at my last day at The Poetry Breakfast in Broadstairs on Thursday 16th August - all other photos not already mentioned were taken by Calum W during the Burnham Beeches walk on Friday 17th August. 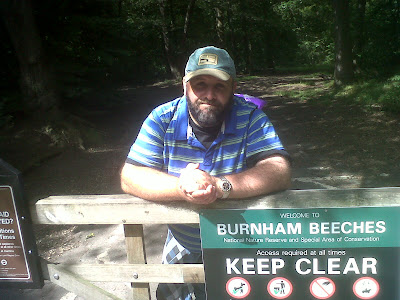 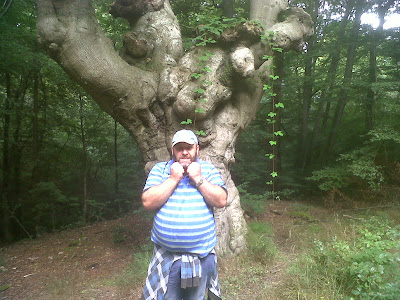 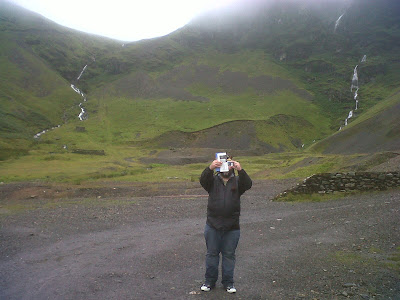 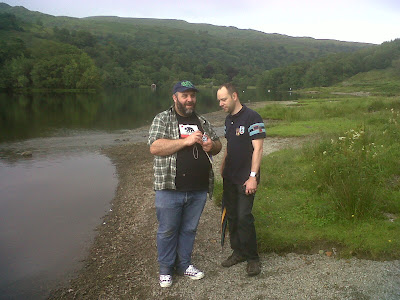 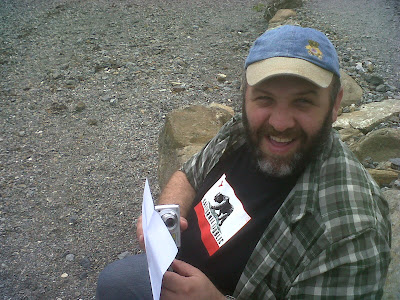