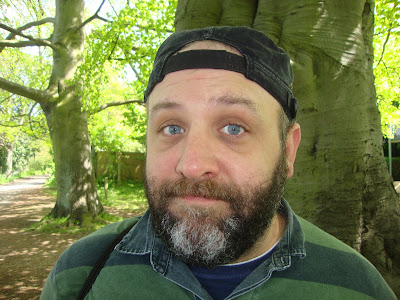 BEHIND THE SCENES OF SHY YETI GOES WILD - TWO!!

This week I'm posting a few photos from behind the scenes on the one of the episodes I was busy working on during my week off at the end of May and early June. These photos will make up the episodes SHY YETI GOES WILD 2 which is also now ready to view - so before we go any further, here are all the links that you need to know and a bit about the new film: 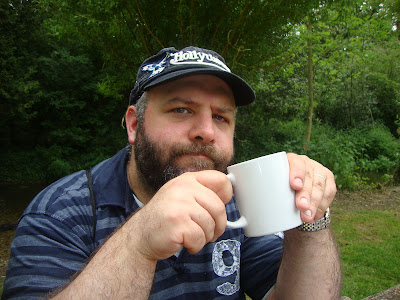 SHY YETI GOES WILD - TWO!! is the sequel to SHY YETI GOES WILD!! Who knew!?! It was filmed during May 2012 in various locations around London and Surrey and contains three poems and two yeti dances. The poems included are: A WASP IN A WIG, COLIN THE CUSTARD EATING SPIDER and THE STAND-UP CHAMELEON; there are also a fair few silly attempts at animal-related limericks. Special guests include Dominic McCauley and Calum WIlliamson. Music by Luca. All poems and content of this film are Copyright Paul Chandler 2012. SHY YETI GOES WILD - TWO!! is a Shy Yeti Production.

Please note: The Vimeo version of this film is a slightly under ten minute edit compared to the original which is almost 15 minutes, however it retains all the poems and yeti dancing, losing only some of the views, some out-takes and a small percentage of the additional silliness... involving a werewolf! Ahem. 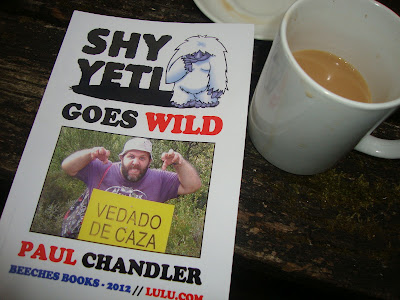 Next week we'll be looking at the other show filmed during my May/June holiday, my SHY YETI'S BEST OF BRITISH episode...

Over the next few weeks we'll also be looking at some of what you can expect from my forthcoming Summer holiday - which, I can assure you will definitely involve the recording of some new SHY YETI ON LOCATION episodes for late Summer / early Autumn, not to mention an opportunity to edit the 2nd of 2011's two "lost" episodes...

Anyway, here's that poem as promised - a live version appears last up in my recent INTERWEB/BLOG BONANZA show video: http://youtu.be/3RwIHwomio4 I still consider this version still a draft version - as until the book is published I reserve the right to change any element of the piece that I fancy! (But in this case I probably won't!) 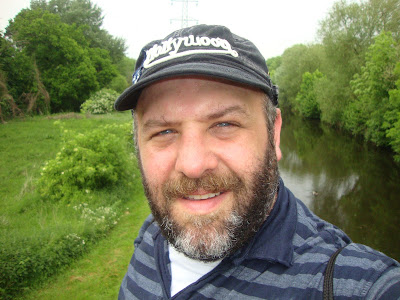 The wind is in the trees…
There’s mist upon the ocean –
And there’s raindrops in the breeze!
The ducks have their umbrellas out –
The swans are swanning off…
All the scarecrows have pneumonia –
Or at least a nagging cough!
There’s a chance of sleet, this evening…
So, you’ll need to wear a coat!
There’s a flood forecast for Friday…
So, I’d buy yourself a boat!


Summertime’s hard to predict –
What weather may arise?
Any chance of warmth, unlikely.
But could we cope with that surprise?


British Summertime is here!
The grass is frozen solid…
The birds are skating on the ice –
But they are looking slightly squalid…
All the garden gnomes are striking –
They’ll emigrate to cosy climes –
All the gold fish look so glum…
They’re harking back to finer times…
To days when Summer holidays –
Guaranteed a little fun;
And lotion was applied –
To give protection from the sun…


Now Summertime’s hard to predict –
What weather be occurring?
If the clouds begin to swirl;
Then a tsunami may be stirring!


British Summertime is here!
But so is hail and thunder…
Fish and chips and mushy peas –
Bus-stops to shelter under…
The puddles grow, the tourists scream –
Their sunhats have gone floppy!
Down on the farm, knee-deep in mud.
Even the pigs are getting stroppy!
Those on the beach got washed away –
And floated out to sea…
They lost all their belongings –
And the gulls ate their cream tea!


Summertime’s just a non-starter…
Will the weather find its feet?
You’re gonna have to wait ‘til Winter…
To earn yourselves a little heat!


British summertime is here…
There’s a blizzard round the corner…
We are not too keen about it –
And nor’s the flora and the fauna!
We’d just like a little sunshine –
Just to have a little bask…
Just to get ourselves a tan!
I mean, is it much too much to ask…
For the rain to just stop falling?
For the fog to just dissolve?
Why can’t the weather get it right,
For once?
Why can’t the seasons just evolve!?


Summertime’s quite hard to gauge…
Just get out there, don’t delay!?
You’re either hot or freezing cold…
Have a happy holiday!! 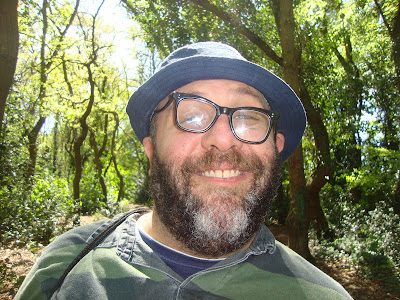 This post and its contents are Copyright Paul Chandler, 2012.
Posted by Paul Chandler at Tuesday, July 03, 2012