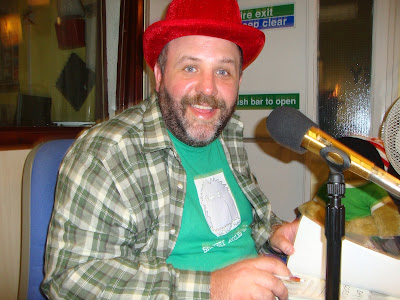 Some of you may recall that I "appeared" on Radio Wey again a few weeks back, Saturday 2nd June to be exact! It's always great to broadcast with my friend, Tim Mitchell, whose show it is - but even more of a privilege this time as he came out of retirement to do a show, as he's not been doing a regular slot since he became a dad for the second time, earlier this year. Of course, when I say "appeared" some would presume that I meant "was heard" on the radio - but as readers may know I always record whatever poems or stories that I read on Radio Wey - and this time was no exception... 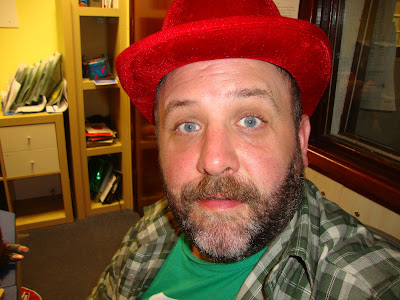 As I mentioned at the time, ever since my last visit to the station in early February for Valentine's Day I have been planning my next trip and had decided that I'd like to do a show about animals and pets and therefore read a lot of my animal poems. In fact, this is how the compilation and videos SHY YETI GOES WILD originally came about.

There was enough footage for me to edit together two full episodes - there are links to the first one below, but I'll save the second one until next month and get editing SHY YETI GOES WILD 2 first... I'm hoping that all three of these episodes will be available before I go on Summer holiday at the end of July! In fact SHY YETI GOES WILD 2 is doing pretty well and should definitely be up by next week as I've already completed a first edit of it, which only needs to be edited down a little. Of course, once those films are ready I'll be off filming some new episodes; up in the Lake District and back down in Broadstairs to name just two of the locations that I'll be visiting... More nearer the time!! 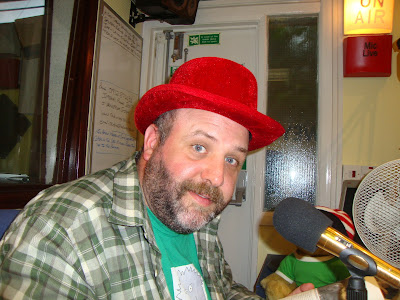 The first of two videos from my trip to Radio Wey on Saturday 2nd June. This time I came equipped with animal poems from my SHY YETI GOES WILD compilation - and one or two more. This first video includes the poems: BECOMING MORE CAT-LIKE, THE SORRY TALE OF FRED THE DINOSAUR, RABBITS DON'T REALLY LIKE LETTUCE, THINGS AIN'T WHAT THEY USED TO BE - PART 1, WHY DON'T DRAGONS CLEAN THEIR TEETH and READY, TEDDY, GO... All poetting by: Paul Chandler (a.k.a. Shy Yeti)  DJ: Tim Mitchell... Camera: Dominic McCauley and Paul Chandler. Music: Luca...  Big thanks to Tim Mitchell, Dominic McCauley, Radio Wey and all the animals that agreed to appear. All footage, poems and additional content of this video belong to Paul Chandler and Tim Mitchell, 2012. A Shy Yeti Production, 2012. Video two will be loaded next month!

You will probably notice when watching that I rather race through READY, TEDDY, GO... That's because I was battling to get the poem read before the 9 O'clock news kicked in! I just about managed it without cocking up too many lines! Anyway, just so you know! I don't usually read quite that quickly! 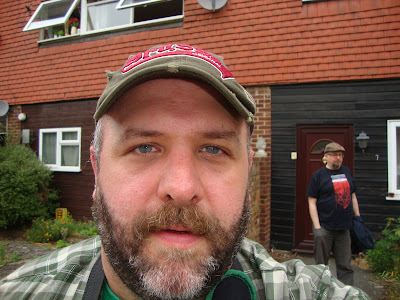 Next week I have some more photos to share with you from the filming of both SHY YETI GOES WILD 2 and SHY YETI'S BEST OF BRITISH... which I worked on in late May during my time off! .

PS Just to let you know - we just reached our 8000th hit on the MRSHYYETI Youtube profile this weekend, just gone! Thanks again to everybody who's been watching! I do intend to update the ratings in the next few weeks, before I go on leave at the very latest! Honestly!! 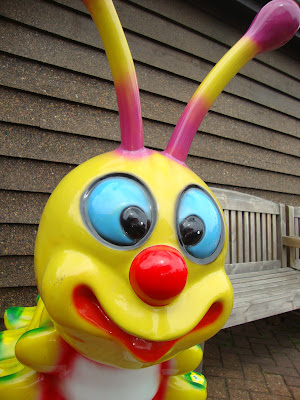