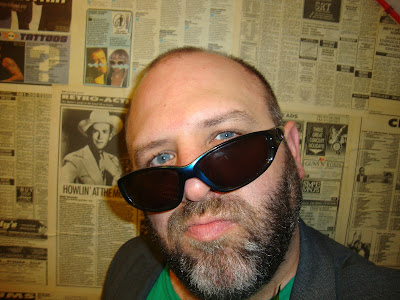 7000 HITS AND COUNTING, PLUS A NEW COMPILATION!

Yes, it's true - we really have passed our 7000th hit on the MRSHYYETI youtube profile - in fact at time of posting we have 7158 - and that's before we even consider all the views we have on Vimeo! Well, you know how much I like my numbers when it comes to hits and top 40s and whatnot - so I couldn't help but share this exciting news with you. Exciting to me alone, mostly - I accept that!

This week I've been off work and out and about filming...

What have I done, so far? Well - I've ben working on a sequel to SHY YETI GOES WILD, called - surprisingly enough - SHY YETI GOES WILD 2. This episode sees the return of Calum as my side-kick, as Calum is also off work. On Monday we walked between Denham and Uxbridge along the canal and I managed to record all but one verse of an old piece of mine called COLIN THE CUSTARD EATING SPIDER. It was a pretty hot day, but I also managed to get lots of footage of baby geese and ducks. Calum also makes a number of appearances too, although he does not count as a baby animal!

On Tuesday Calum and I headed for Epping Forest - the weather was good again and I was able to complete COLIN... and record all of THE STAND-UP CHAMELEON, not to mention half a yeti dance and some squirrels!

On Wednesday we were out in the Bexley/Sidcup area - and I got to film quite a bit in some rather tranquil fields, meadows and woods to complete the new episode. There were no complete poems recorded, just the glue that puts the episodes together - ie: the silly stuff! I did manage to come up with two ad-libbed animal limericks, however AND I completed the the yeti dance that I began on Tuesday up in Epping Forest!

The rest of the week we're off on location in the general direction of Norwich. The weather is meant to be reasonably good, so we'll see what occurs... Of course, it's also The Queen's Diamond Jubilee this weekend, which means there is a long bank holiday - so I'm hoping to escape all that and go filming somewhere.That's if I can find somewhere quiet. I have been toying with the idea of going back to the woods near Woking or to Bushy Park again - but we shall see. More on all that next week, I expect.

I've also been working on editing my next episode of SHY YETI ON LOCATION, which is part 2 of A TALE OF 2 CITIES, 1 YETI - the episode that we filmed in Cologne back in mid-April. I'm nearing the end of the first edit - and will hopefully get it completed over the bank holiday. Once I've finished that I'll be working on a third and final ROLLERCOASTER show video and probably another live video for the 10th anniversary blog show - in fact Dominic and I filmed some links for this back in Golden Square, Soho this Sunday just gone. After these episodes I'm going to be working on my delayed VAMPIRE COWS OF SCUNTHORPE special, which I filmed last Summer - and then it'll be time to work on SHY YETI GOES WILD 2! It's all go, isn't it!?

I'm also releasing, in advance of my next Poetry Cafe show on Friday 8th June 2012, a new compilation which I think I've mentioned before on here. It's the companion piece to my 2009 compilation SHY YETI RULES O.K. and surprisingly enough is entitled SHY YETI STILL RULES O.K.

SHY YETI STILL RULES O.K. is a collection of over 70 of Mr Yeti's favourite pieces from all the books that he has released since late 2009. These include: ASK NICELY, CACTUS HEART, CUPCAKE, A FLEA TEA PARTY, I LOVE YOU LESS, LEGGY BLONDE, MY CREATIVE GNU, A PERFECT MATCH, WAITING FOR GHOSTS, UNCLE BEAR and many more. These are stories and poems that he has read at gigs and open-mike events over the last few years which seem to get the furriest, most enthusiastic growls from a crowd! The poems and prose inside SHY YETI STILL RULES OK were previously published in the following collections; THE SHY LIFE (2009), DO YETI WEAR PYJAMAS? (2010), YETI HUGS AND OTHER HORRORS, THE VAMPIRE COWS OF , FUNERAL FOR A SHOE (ALL 2011) and a preview of a couple of pieces from ARE WE THERE, YETI? (due Summer 2012). All my books remain available from www.lulu.com, with a number of recent 10th anniversary reissues of my first two collections, JUNK/FOOD and ROLLERCOASTER.

It's 144 pages in length and is currently available with a 20% discount at £7.99, for a limited period. There will also be a hardback edition available in the next couple of weeks...

Here is the full line-up of what's included in this compilation...


ALTERNATIVE ROCK AND ROLL LIFESTYLE
ASK NICELY
BAD STUFF I WISH WOULD HAPPEN TO YOU
THE BARD OF
BECOMING MORE CAT-LIKE
CACTUS HEART
THE CAFFEINE QUEEN
CATFOOD IN YOUR EYEBROWS
COLIN THE CUSTARD EATING SPIDER
COMING INTO LAND
THE CROCODILE
CUPCAKE
A DAY IN THE LIFE OF A DIVA
D.J. DARLING
THE DAY THE PRIME MINISTER CAME TO TEA
DEATH OF A GIRL BAND
A DEVIL WITHOUT HORNS
A DISORGANISED LIBRARY IS A VERY BAD THING
DON’T SNOG BEES
A FLEA TEA PARTY
FREE COFFEE
GEOGRAPHY BE DAMNED
GLUE TO MEND A BROKEN HEART!
GRANDPA’S WIG
HARRASSING THE SUN
“I’M ALL FOR ANIMAL RIGHTS…”
I’M FAR TOO IMPORTANT TO KNOW YOU
I LOVE YOU LESS
IF SHAKESPEARE WERE AROUND TODAY
IF YOU WERE MY WIFE
INVITE A YETI ROUND FOR TEA
IS IT CHRISTMAS ALREADY?
JOHN, I’M ONLY RHYMING...
JUST TO GET MYSELF TO YOU
KISS ME QUICK
LADY GRRR-GRRR
LAID
LEGGY BLONDE
A LITTLE MOUSE
LOVE-GO-ROUND
MAKING TOAST FOR THE ENEMY
THE MEN IN WHITE COATS ARE MY FRIENDS
A MONKEY’S UNCLE
A MOST BORING MAN
“MOTHER, MEET PARIS…”
MY BEAUTY IS NATURAL
MY CREATIVE GNU
MY LONG LOST FRIEND
NEVER MIND THE MINOTAUR
NOT SEEING ANYBODY ELSE
PEACE OF MIND IN A TEABAG
A PERFECT MATCH
RATTLESNAKES!!!
RESPECTABLE TEXTS
A ROARING SUCCESS
A SOUVENIR OF THE TRIP
STREETLIGHT GLAMOUR
SUMMER SKIES
A SWEET TAIL
THE TRUE EXTENT OF MY GENIUS
THEY DON’T RHYME THEIR POEMS IN
UNCLE BEAR
THE UNAFFORDABLE FJORD
THE VAMPIRE COWS OF SCUNTHORPE
WAITING FOR GHOSTS
WE AIN’T GOT TIME…
WE’RE AN ITEM NOW
WE’RE GOING TO CLONE YOU
YOU COULD BE MY PIN-UP
YOU, ME AND THE HILLS
YOUR OWN SWEET OXYMORON
YOU SAY THAT LIKE IT’S A BAD THING

I'll post a piece from this collection in a week or two - probably around the time that the hardback edition is ready. Next week I'm aiming to post up those ratings that I promised last week, not to mention there will be new videos and things to write about The Poetry Cafe show. 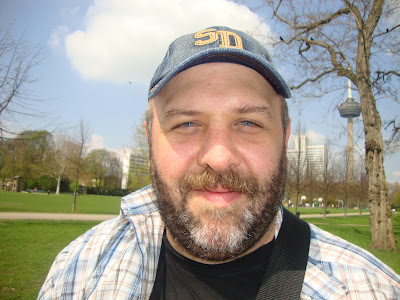