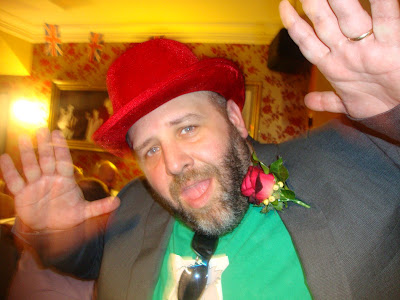 We have two anniversaries coming up - 200 posts is a big one, but we're only about six weeks away from our 10th anniversary - so I'm going to save being nostalgic about the blog for early May. This post we're going to do a little of both - celebrate old and new at the same time; which brings me to announce two re-issues that have just been released on www.lulu.com

One is only a slight tarting up of an old title - WOOED-ER AWAKENINGS, following on from the re-issuing of WOOED AWAKENINGS back last autumn. There is a slight tweaking here and there in both editions - some new photos - and a new cover for both, of course. Here's the links and some further information:

WOOED-ER AWAKENINGS is Paul Chandler’s second compilation of relationship poems selected from his early collections (books number five to eight), published between 2004 and 2005: THE AUTUMNAL E.P., LOVESONGS FOR THE BITTER AND TWISTED, MUGSHOTS and POETIQUETTE (which were also published as AUTUMNAL LOVESONGS and MUGSHOTS/POETIQUETTE) The first compilation from the first four volumes, WOOED AWAKENINGS is already available from www.lulu.com, along with all his other writings. 128 pages, March 2012

The other re-release is a bit more exciting - as it's the 10th anniversary of ROLLERCOASTER; here's some links and further details...

Published in early 2002, ROLLERCOASTER was Paul’s second self-published collection and his first including completely contemporary compositions. Long before he became Shy Yeti he was just plain Paul – but what hasn’t changed is that he always wrote daft verse. Until now ROLLERCOASTER has only been available alongside its sister collection JUNK/FOOD (re-issued during 2011) so this is the first time it has stood alone. This version is a special 10th anniversary edition containing photos and information about how it came to be written. ROLLERCOASTER contains many poems that Paul still performs today such as LEARNING EXPERIENCE, OTHERWISE ENGAGED, PICCADILLY CIRCUS, ROLLERCOASTER, SHE NEVER HAD ANY LUCK and WAVES – but a lot that he doesn’t! If you want to know how all this yeti poetting first came about then this is the book for you! 112 pages, March 2012

I'm going to post something from ROLLERCOASTER at the end of this post - hopefully choosing something that I've not posted here before.

Before we conclude I'd also like to announce something else new - although, once again - it does involve me reading a couple of older poems, but in a new environment. Basically I've just posted the latest episode of SHY YETI ON LOCATION - it's our Spring special and is a slightly longer episode than usual (14 yeti-tastic minutes in all!). It's called SHY YETI GOES BUSHY and here's a little bit more about it...

SHY YETI GOES BUSHY is a slightly longer than usual episode of SHY YETI ON LOCATION - a whole 14 minutes and counting! It's a Spring Special if you will... It is also posted to celebrate my 200th post on my shyyeti.com blog-site. The episode was filmed on Saturday 11th February 2012 somewhere in the depths of Surrey - watch and see if you can guess where! There is a great deal of silliness in this episode, of course - but I am also joined by the ever-wonderful Dominic McCauley in his first UK appearance since Easter 2011! Poems this time include a couple of older pieces: KEEP ON GETTING IT WRONG and IN TWO MINDS which I've recently started performing again. Camera: Paul Chandler and Dominic McCauley. Music: Luca. This episode is Copyright Paul Chandler, 2012.

You can watch it at the following links:

To read more about the location of this episode - which also kind of explains the title too, take a look at this link: http://en.wikipedia.org/wiki/Bushy_Park

There's more to come next week - I'm not entirely sure what I have in store for our 201st post yet, although it will either be something from my next collection, ARE WE THERE, YETI!?! or possibly a complete update as to what you can expect from Yeti Towers during the next few months of 2012... I'll leave you on tenderhooks (!?!) and with the title piece from ROLLERCOASTER and see you next week! Hope you enjoy the new SHY YETI ON LOCATION episode!


I am the driver –
With a racing car heart!!
Hark at them screaming;
This is only the start!
Faces are reddened;
With hair that's gone frizzy!
Crushed up like sardines;
Frustrated and busy!
Turn a new corner –
Brakes screeching on rails!
Hold tight or pray –
IF - ALL - ELSE - FAILS!!
One man's lost his dinner –
Another his drink!
One woman's pace-maker –
Has gone on the blink!
Oh, the thrill of the ride!
Oh, the thrill of the chase!!
The rush of the wind –
And the breeze in your face!
Passengers calling;
Ride's only half done!
They're panicking now –
But there's nowhere to run!
Around and around –
Sweeping on out…
They're banging the windows –
You can still hear them shout!
Over rattle of carriages –
The rumble of tracks…
Hundreds of travellers –
With panic attacks!!!
The whole place is shaking –
The carriages jump!
We're nearly there now –
As the travellers slump!
The train slows its journey –
The Underground crew –
Say: “PLEASE, MIND THE GAP…
NEXT STOP - !!!”

ROLLERCOASTER is the title poem from Paul's 2nd collection, which has just been re-issued for its 10th anniversary on www.lulu.com. This Post and its contents are Copyright Paul Chandler 2012 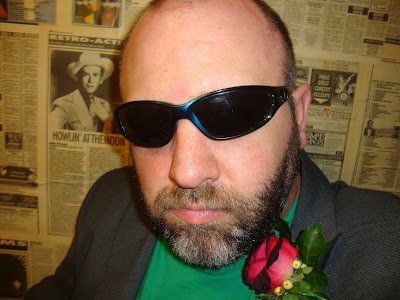