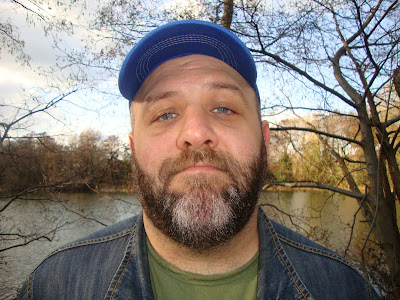 If you can't make them all, we quite understand (when I say we I mean myself and Mr John Smallshaw - and also possible further poetic guests, paws crossed...) but here are the dates for your diary:

The nights are only loosely themed - usually around a particular book that I'm favouring on the night; whereas John tends to read his latest work; but I can further reveal the following...

A night to celebrate the 10th anniversary of my second collection, ROLLERCOASTER - and also a few new pieces from future collections.

A night to celebrate the 10th anniversary of my blogsite www.shyyeti.com - not to mention a few new pieces from my new collection ARE WE THERE, YETI!?

A night of poetry from ARE WE THERE, YETI!? and also a few pieces from my next collection.

The other part of this post is to let all you readers know that my latest SHY YETI ON LOCATION episode, SHY YETI OUT IN THE NEW FOREST has just been posted on youtube and vimeo... It's also a whole 60 seconds longer than most episodes; you lucky, lucky people! ;)

Here is some more details and the links:

SHY YETI OUT IN THE NEW FOREST was filmed on Saturday 14th January 2012 in the New Forest. I had a bit of a cold - but the weather was too good not to make use of it. In this episode you will see THREE, yes THREE yeti dances - although one of them is mainly just me going round and round a tree. From a poetry point of view there are two poems from my SHY YETI RULES O.K. collection which has recently undergone a facelift. The poems are RHYMES BEARS STEAL PIES FOR and BLUE EYED LOVER (GREEN EYED FREAK!) and there is also a quick jaunt back to California for a short story called FROM ARGUMENT TO ORNAMENT from my FUNERAL FOR A SHOE collection from late 2011. My co-star in this episode is Calum Williamson, who also acts as cameraman for some scenes; although the camera-work on the California footage was done by Dominic McCauley in mid-November 2011. The music is by Luca and the whole film is copyright Paul Chandler 2012.

Next week we'll be looking at what I've been filming over the last few weeks - including the completion of footage for a third SHY YETI ON LOCATION episode. They'll be plenty of photos and information about what's been going on - and I can also reveal that I have booked a trip for April to a European destination that I've not visited before. The dates are Wednesday 11th to Saturday 14th April - but that's all I'm giving away for now! 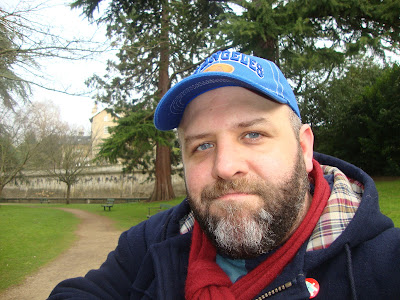