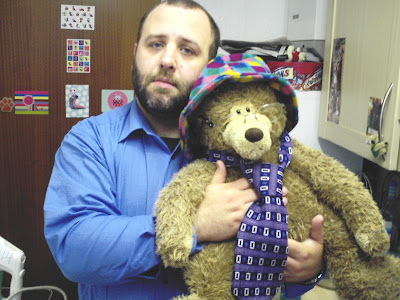 THE FIRST OF TWO NEW STORIES FOR CHRISTMAS

As you may or may not recall I wrote a couple of poems a month or two back which I had originally intended for posting on the blog. These were called MISTLETOE MANIA and IS IT CHRISTMAS ALREADY? However, my plans have changed since I performed them on Radio Wey and edited them into videos (they can be viewed at: http://youtu.be/qOnU3HDSj_0 ) I decided that I would like to include something that was completely new and which won't be in a book until well into 2012...

So, the two pieces that I intend to post are totally exclusive to this blog. Not poems after all, but stories. The first one is here and the next one I intend to post at some stage between Christmas Eve and Boxing Day, although I'm sure none of you will be want to read it in the midst of your Christmas festivities. But there you go; consider it an extra present. This first story was written in Marks and Spencer's cafe when I was full of cold on Wednesday 7th December 2011. It's called SANTA'S BIT ON THE SIDE... I hope you enjoy it and tune in for the next story around Christmas Eve if you've got the time. The title of that story remains under wraps for now!

Before I move on to the story I can reveal another Christmas present in the form of Part 5 of YETI HUNT U.S.A., which is up and ready to view only a week after the posting of Part 4!

Here's some more about the episode:

ORE-GO-GO YETI is the 5th episode of a new 8-part SHY YETI ON LOCATION series - YETI HUNT U.S.A., which returns us to the U.S.A. on the hunt for Shy Yeti's yeti relatives... Moving on from L.A. Paul and Dominic follow the trail to Portland, Oregon.This episode was filmed in Oregon in late July 2011 and can be watched with or separately from the other parts. Part 5 sees Paul and Dominic explore the city - and there are also two poems and two Also big thanks to Calum Williamson for filming the gig footage. Music is by Luca. YETI HUNT U.S.A. will be back for its final 3 episodes early in the new year. This film is Copyright Paul Chandler, 2011.

There will be a break in the series now before the final three parts are edited and posted; a natural break as these were filmed a few months after parts 1-5, in November 2011. I expect to continue working on those episodes in January. I am currently working on the two part series that I filmed in Lille and Brugge back in late October 2011 and also a second video of John Smallshaw and I from our Poetry Cafe show from late November 2011.

Oh - and before I go I can also announce that there is now a slightly edited version of Part 4 of YETI HUNT U.S.A. on Vimeo. It's about 10 minutes long compared to Youtube 13 minute version - this is mainly due to the limitations on the size of the file that I can currently post on Vimeo. Still! It's still worth a look - there are just a few less pretty views of Portland.

That's it for now - more soon! Enjoy the seasonal story!

PS The photo below was taken last Christmas! Fetching innit!?! Not one of my most flattering poses! lol 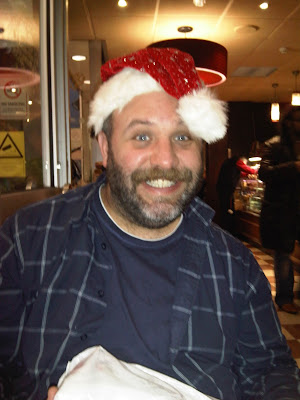 SANTA’S BIT ON THE SIDE

Keira always woke up smiling on Christmas morning. She was Santa’s favourite and he always popped in to see her on his travels and usually stayed over.

She had confided all this with her best friend, Sue, who just scoffed and said. “That’ll be Dave the Milkman... He always does that kind of thing; he’s a complete tart and he loves a bit of dressing up; believe me – I’ve been there and it wasn’t fun!”

Keira refused to accept Sue’s suggestion; after all Santa had showed her his sleigh – they had even popped out on it to fetch a Chinese takeaway. She’d been a little drunk at the time; but there was no doubting it had happened – it wasn’t as if it was the first time he’d shown up either. They’d first met at a winter wonderland pagent in Sidcup – he’d been switching on the Christmas lights and she’d broken a heel and tripped right into him. It had all gone from there...

Still, Keira was first to accept that a lot of men dressed in such festive costumes at this time of year – fake Santa’s were two-a-penny, but Keira had been lucky enough to bag THE genuine article – THE Santa Claus!

She turned sleepily in bed, he was gone now, of course – as expected; but he’d left his traditional note: SAME TIME NEXT YEAR!?

As if she was going to say no. Except for the occasional text – that was all that she expected to here from him until next December 24th.

He’d also left her a bag of extra special tree decorations – the tinsel was splendid, as ever and she would wear a string of it around her neck like a boa and put the rest on the tree. There was also a large box of baubles which always made the tree sign; she’d never seen anything like them – well, not since the ones that he’d left her the Christmas before. Keira sighed. “It’s not everyone who gets to see Santa’s baubles...” she reassured herself.

Still, there was no time to lose – her mother and brother were coming over for lunch and the kitchen was bound to be filthy; even though Santa had done all the washing up after the Chinese meal. He was quite the domestic god; well... To a point. For her also always insisted on keeping his trusty reindeer in her utility room over night so that they didn’t escape and the next morning, as one would imagine – the mess was considerable.

Still, who was she to argue – she lived for those visits; completely accepted her role in his life and enjoyed every moment...

Keira was Santa’s very own personal Christmas present to himself – his precious bit on the side and she wouldn’t have missed it for the world...

Just as long as Santa’s boyfriend never found out everything would remain just perfect.

SANTA'S BIT ON THE SIDE is Copyright Paul Chandler 2011 and will appear in the collection ARE WE THERE, YETI!? in Spring 2012.
Posted by Paul Chandler at Wednesday, December 21, 2011