CHRISTMAS YETI - ON THE RADIO... 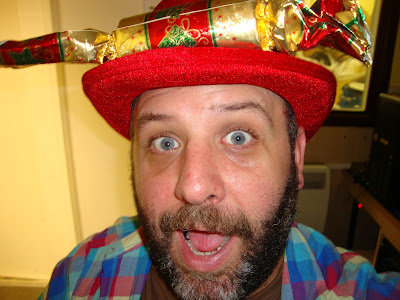 Well, I am glad to announce that all went very well on Saturday for my return to Radio Wey for a Christmas-themed episode. All in all I read 11 poems and short stories during the two hour show and I am pleased to be able to share them with you, as you will see below.

The material I read all comes from my new TOO SLUSHY FOR SNOWMAN compilation which I have just put together; in fact I pretty much managed to read half of it on the night; leaving out some of the creepier short stories. Believe me! There's one about a Christmas Tree that eats people... It's a bit gory, that one! ;)

Anyway - here is the details to the episodes. The first one went up on Sunday 4th December and the second episode is posted today:

SHY YETI BACK ON RADIO WEY - XMAS 11 (PART 1) is the first part of a two part film that was recorded during Tim Mitchell's Radio show on Saturday 3rd December 2011. Pieces read during this half include: JACK FROST'S CHILLI DIET, TOO SLUSHY FOR SNOWMEN, THE MELTING SNOWMAN, IS IT CHRISTMAS ALREADY?, LOOK! I'M NO SCROOGE and CHRISTMAS LIGHTS... The film stars Paul Chandler and Tim Mitchell. Big thanks to Tim and Radio Wey for inviting me onto the show. Camera: P.C., Music: Luca. To Be Continued... Copyright, Paul Chandler and Tim Mitchell, 2011.

The episode can be viewed at either of these links:

The second part is available as of today...

SHY YETI BACK ON RADIO WEY - XMAS 11 (PART 2) is the second part of a two part film that was recorded during Tim Mitchell's Radio show on Saturday 3rd December 2011. Poems in this half include a mixture of new and old Christmas-themed pieces from my new compilation: TOO SLUSHY FOR SNOWMEN. These are: MISTLETOE MANIA, THE CAROL SINGERS, SANTAS DON'T TEXT, SNOW BUNNIES and THE UNAFFORDABLE FJORD. The film stars Paul Chandler and Tim Mitchell. Big thanks to Tim and Radio Wey for inviting me onto the show. Camera: P.C., Music: Luca. With a bit of luck I'll be back on Radio Wey in February. Copyright, Paul Chandler and Tim Mitchell, 2011.

Vimeo: Available from next Tuesday...

Over the next couple of weeks before Christmas I'll be posting something new and Christmassy and we'll also be looking back to all the films that I've put together this year and seeing which one has had the most views during 2011. Don't forget - they've all available to view on my MRSHYYETI profile on youtube and my SHYYETI profile on Vimeo. Get watching! You could make a difference to which of the videos gets the most hits! :)


The Copyright of this post belongs to Paul Chandler, 2011. 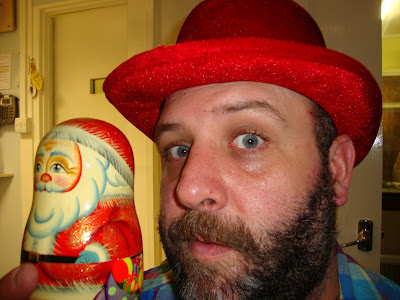