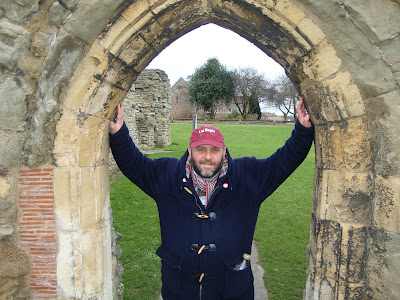 A YETI IN WINTER AND STUFF ABOUT BEARSOUP...

I am happy to announce the arrival of A YETI IN WINTER - my latest SHY YETI ON LOCATION video. Here's some information about it:

A YETI IN WINTER is a new episode of SHY YETI ON LOCATION. It was filmed between late December 2010 and January 2011 and this time it doesn't feature poems at all. However what it does feature s four 100-word stories written during January 2011: MONSTERS HAVE MANY FACES, A DAY IN THE LIFE OF A DIVA, BIG CAKE and A ROARING SUCCESS. These stories come from Paul's forthcoming THE VAMPIRE COWS OF SCUNTHORPE collection of prose and poetry due out in the autumn. The episode was filmed in Wiltshire and Surrey and features two special guests: Harry and Calum. A YETI IN WINTER also features a yeti dance and something else a little like a yeti dance - not to mention Paul and Harry's expert masterclass in poem writing. Paul has a new book out soon - YETI HUGS AND OTHER HORRORS - which features poems, prose and 9 spooky/creepy short stories. It is available from http://www.lulu.com/ from April 1st. The content of this video is Copyright Paul Chandler 2011.

The new video can be viewed at the following locations:

Also - you may not have seen the 4th and final episode of A YETI BACK IN HOLLYWOOD, so here are the links for that:

I hope you enjoy both the videos. Before I go I would also like to say something about my friend Bearsoup who has just launched a new online shop of his artwork. Why might you be interested? Read on dear reader...

WHERE TO BUY BEARSOUP STUFF

Here at Yeti Towers we’re a big fan of Bearsoup. Partly because he’s great - but also because without him we wouldn’t have Mr Yeti and personally it wouldn’t be a Shy Yeti book without him. Happily it appears that I’m not the only one who loves Mr Yeti! Due to popular demand we’re hoping to sort out some yeti-ish t-shirts in the near future, but I’m sure you’d also be interested to know that Bearsoup’s artwork can be seen at the following link: http://bearsoup.co.uk/ or better still you might like to visit his Cafépress shop at: http://www.cafepress.co.uk/BEARSOUPSHOP

Well, that's it for now - more soon... Back to putting those finishing touches on YETI HUGS AND OTHER HORRORS. 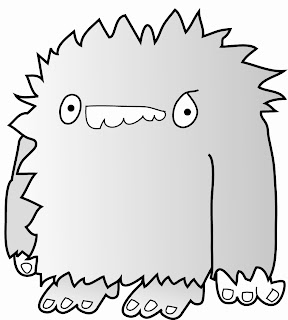 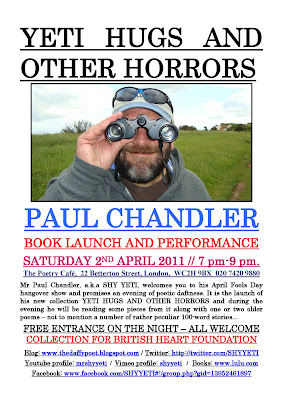 Just a quick-ish post about my second trip to The Poetry Cafe open-mike this year - on Tuesday 22nd February 2011. I also intend to list the titles from my new book and you can see the flier above for my book launch/show on Saturday April 2nd 2011.

All 4 of my SHY YETI BACK IN HOLLYWOOD videos are now up on the usual YOUTUBE (under MRSHYYETI) and Vimeo (under SHYYETI) profiles and I aim to release another video this weekend called A YETI IN WINTER which features 4 of my new 100-word stories from my forthcoming THE VAMPIRE COWS OF SCUNTHORPE collection. I hope to post a few more pieces from YETI HUGS AND OTHER HORRORS between now and the launch date of Friday 1st April 2011 - so check back soon.

I've also loaded up slightly updated versions of book SHY YETI RULES O.K. and A SOUPCON OF SHY YETI on http://www.lulu.com/ and am working a 10th anniversary reissue of my first collection JUNK/FOOD for release in November.

SHY YETI RULES O.K. (contains additional photos and some updates in the text since the edition released in Spring 2009)

HARRASSING THE SUN
From THE VAMPIRE COWS OF SCUNTHORPE (2011)

This is a new prose poem from my collection from later this year. It's basically just about how the sun gets embarrassed by people staring at it, taking photos of it and taking their clothes off in front of it.

RESPECTABLE TEXTS
From YETI HUGS AND OTHER HORRORS (2011)

This is from the next book (OUT APRIL 2ND 2011!) which I have posted previously on this blog back in July, last year.

I also recorded a video for it back in September 2010 for the postponed autumn SHY YETI ON LOCATION video - which I hope to complete in the next couple of months. It is all about sending a lover texts, but hiding your true lusty intentions beneath sentences that appear quite polite.

This is a new piece and one of my recent favourites. Sadly I over-ran my five minutes and the last two lines were cut short. I am sure I will end up either posting it on here at some stage or recording a video for it during 2011 - or both. It was written for my old friend Jo - who has inspired a number of my poems over the years.

To finish with - here is the definitive list of titles from the new book; the poems - prose pieces and short horror stories...


YETI HUGS AND OTHER HORRORS

ANDREAS THE ACROBATIC CAT
ANTICIPATION
BAD STUFF I WISH WOULD HAPPEN TO YOU
THE BALLAD OF THE PIE-EATER
THE BEAR AND HIS KEEPER
BECOMING MORE CAT-LIKE
THE BIG WHATEVER
BLACKMAILING SANTA
CHRISTMASTIME FOR SKELETONS
CUPCAKE
THE CUTEST GUY IN THE BAND
THE DEATH OF LOVE (LA MORT D’AMOUR)
DURBRAIN
THE EARWORM
EAT ME – DRINK ME
A FLEA TEA PARTY
GEOGRAPHY BE DAMNED!
GIVING UP ON GIVING UP
GOING DOWN THE SHOPS WITH MY CYCLOPS
I CAN’T SNOG YOU (I’M DATING THEM!!)
I KNOW HIM...
“I’M ALL FOR ANIMAL RIGHTS”
IF YOU CALL I’LL LET THE PHONE RING
IT’S NOT EASY BEING SCARY
I WASN’T GOOD ENOUGH FOR HIM
JUST TO GET MYSELF TO YOU
THE MEN IN WHITE COATS ARE MY FRIENDS!
MONEY IV
THE MOTHS ARE GATHERING IN MY WALLET
MUTTER
MY AMERICAN HUNK
MY ENEMY, MY FRIEND
MY SELFISH CAT
MY WORLD IS FLAT
NO-ONE EVER FELT COOL BUYING AN MP3 FILE
THE ONLY TRUE LOVE I HAVE HATED
ON MY T.V.
THE PARENTS TURN AGAINST THE CHILDREN
THE PEOPLE WHO YOU LOVE WHEN YOU ARE YOUNG
PHOTOS ON FACEBOOK
PIES I DON’T LIKE
RESPECTABLE TEXTS
SET THEM FREE
STREETLIGHT GLAMOUR
A SWEET TAIL
THAT OLD BLOOD MOON
WAITING FOR GHOSTS
“WE CAN’T KEEP DOING THIS!”
WE’RE AN ITEM NOW
WHEN SHE WAS JUST A LITTLE GIRL
WORK IS RUBBISH
YOU, ME AND THE HOLLYWOOD HILLS
YOUR HIGH-KICKING DAYS ARE OVER, DARLING
YOUR OWN SWEET OXYMORON
YOU TRULY WERE THE HANDSOMEST...

YETI HUGS AND OTHER HORRORS by Paul Chandler is available from www.lulu.com from Friday April 1st 2011. Paul will be holding a book launch/reading at The Poetry Cafe on Saturday 2nd April 2011 between 7pm and 10pm.
Posted by Paul Chandler at Wednesday, February 23, 2011