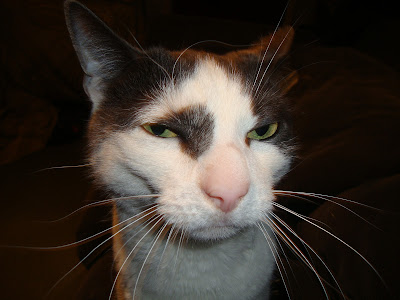 The title of this post sounds all very grand and important; but really it's not at all…

I just wanted to briefly update you about my return to reading at the Poetry Café - Poetry Unplugged open-mike evening on Tuesday 25th January 2011. It was the first time I'd been along for quite some months. I read towards the end of the first half and I think I was probably the only person either rhyming or reading more humour-based poetry in that half; usually it's a bit more of a mix. There was quite a lot of free-form poetry about death and break-ups! ;)

I read the following poems - all of the first 3 appear in one of my recent SHY YETI ON LOCATION videos and I'll post links to which ones below. I also managed a quick mention of both the Youtube and Vimeo sites during my 5 minutes:

A piece from DO YETI WEAR PYJAMAS? which is one of my favourites from my recent books. It was included in my first SHY YETI ON LOCATION episode ON LOCATION IN DORSET back in January 2010.

A poem I usually read towards the end of my shows - it first appeared in my collection ROLLERCOASTER in 2002 and later in my SHY YETI RULES OK compilation in 2009. I also recorded it for my Valentine's show in February 2010.

A new piece from the next book YETI HUGS AND OTHER HORRORS (2011) which recently appeared in part 3 of my A YETI BACK IN HOLLYWOOD series.

THEY DON'T RHYME THEIR POEMS IN L.A.

This is where the U.S. Open-mike reference comes from. This is a poem from THE VAMPIRE COWS OF SCUNTHORPE - the book after YETI HUGS... which should be out late this year or early 2012; it all depends how fast I get it done. Currently it's going VERY fast!! This piece was first debuted on Facebook earlier this month and is about what somebody said to me after I had read at the enjoyable Cobalt Café Open Mike night in August 2010. Apparently rhyme isn't so popular over there...

Thanks to Julie for going along to support me - I'm going to post the L.A. poem at the end of this post!

THEY DON'T RHYME THEIR POEMS IN L.A...


They don't rhyme their poems in L.A...
You know they told me that in person!
I think perhaps they're kinda nervous...
Or have some quite perverse aversion!
Oh, they'd rather write in free-verse...
To pretend they're intellectual...
They cock-a-snoop at limericks –
And declare daft ditties ineffectual...
But what makes a poem work?
Well, it's a lot about the timing...
I thought they liked their hip-hop there –
And isn't rap about the rhyming?
But I don't wanna cause a war –
So I will smile and not start fighting...
Yes, I will rhyme back home in Blighty –
And know I'm right in what I'm writing!

THEY DON'T RHYME THEIR POEMS IN L.A. is Copyright Paul Chandler 2011 - it will be published in late 2011 / early 2012 in the forthcoming collection THE VAMPIRE COWS OF SCUNTHORPE AND OTHER DAFTNESSES.
Posted by Paul Chandler at Wednesday, January 26, 2011 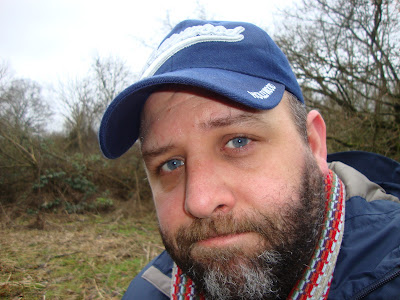 Well, I did promise a review of all my writing during 2010 and I do still intend to complete that post; but it's going to take longer than expected. I thought instead that I'd like to update you with some other news about stuff that is yet to happen.

There are now 3 videos from my December 2010 trip to L.A. They are on both Youtube and Vimeo at the following links:

Part 3 is called: HOLLYWEIRDNESS and can be watched at either: www.youtube.com/watch?v=JYYzcBIYS34 or www.vimeo.com/18970584

I'm undecided as to the title of the 4th part and it isn't ready for viewing yet, anyway, but I'm currently editing this video, which is due sometime in February.

I have also completed filming the next video after that which is provisionally entitled: A YETI IN WINTER and was filmed in the UK between late December 2010 and mid January 2011. There is also an additional episode of SHY YETI TALKS concerning my collection THIRD TIME LUCKY that I'd like to put out before Easter and the legendary lost SHY YETI VS AUTUMN two-part episode which I'd like to return to before the summer; by which time there will most likely be new live material. I also intend to film another SHY YETI ON LOCATION episode in a mainland European city during late April 2011.

2) YETI HUGS AND OTHER HORRORS

I am in the final stage of proofing this book. All the poems and most of the behind the scenes stuff is ready to go. I'm just taking extra care to get the short stories proofed properly. You can see the cover and hear some of the poems from it in the new SHY YETI ON LOCATION videos. It is provisionally due out on Friday 1st April - with a book launch/gig party booked at The Poetry Café for Saturday 2nd April. More to follow on this...

I am hoping to go to open-mike night tomorrow for the first time in a while. More on that if and when it goes ahead. As mentioned I am planning a book launch/gig on Saturday 2nd April 2011. I am also working with Julie Howell PR to put on a show at The Poetry Café with a number of other creative types on Thursday 16th June 2011 - but once again; more on that and how to get hold of tickets nearer the time.

Things are going well with the writing of THE VAMPIRE COWS OF SCUNTHORPE AND OTHER DAFTNESSES - but this project now looks like it is going to include quite a lot of prose as well as well over 30 new poems. As of January 2011 I have been writing 100 word stories; this came about because I discovered some old ones that I had written during late 1994 and was quite pleased that they still held up so well. Last week I decided to write some more and have written getting on for 20 new 100 word stories which seem to have received some good feedback on Facebook and which I think will work well at gigs and in future Shy Yeti videos. In fact I have recorded 4 of them for SHY YETI IN WINTER… I include one of them below - it's called GRANDPA'S WIG and was only written at the weekend. I hope you'll like it.

On top of all this I am also working on proofing GLADSTONE MCWHISKERS AND THE COUNTER-CLOCKWISE CONUNDRUM - with my mum returning to proofreading with this particular book after a break of around 5 years. I am also typing some of the short Mouse stories that I wrote back in 2007 and 2008 for another book of short stories. In addition to this I am working on expanded 10th anniversary editions of both JUNK/FOOD and ROLLERCOASTER my first poetry collections from late 2001 and early 2002.

More news on various projects - including open-mike night if it happens, soon.

Thank you for reading!


Tommy was sure his Mum was lying...

Once when Grandpa was sleeping he’d sneaked a quick look himself and sure enough when he tugged at it Grandpa’s luxuriant hair flew off without resistance.

Much to Tommy’s surprise, on Grandpa’s shiny bald head there sat a grumpy-looking rabbit with long white ears. “Some of us are trying to sleep!” it snapped.

Tommy dropped the wig and ran...

Eventually he overcame the shock; but after that every time he saw Grandpa - Tommy always took a carrot with him; just in case...