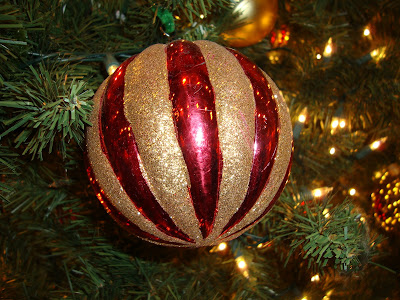 
This won't be a very long post as I intend to do my review of the year once Christmas dinner has worn off; but I will just say that final proofing on the new book YETI HUGS AND OTHER HORRORS is over half-way complete and I expect the book to be ready by late January, early February. You can also hear me read a number of the new poems if you take a peek at my Youtube profile MRSHYYETI where I have just posted the first episode of a new 3 (maybe 4!) part SHY YETI ON LOCATION series: A YETI BACK IN HOLLYWOOD, which I filmed earlier this month. The new book also contains last year's Christmas poems BLACKMAILING SANTA and CHRISTMASTIME FOR SKELETONS - but you can also read them on here:

CHRISTMASTIME FOR SKELETONS (plus REVIEW OF 2009)
http://thedaffypoet.blogspot.com/2009_12_20_archive.html

Your Christmas poem this year doesn't come from that collection, but in fact for the one after that which I can reveal is probably going to be called either VAMPIRE COWS SONGS or THE VAMPIRE COWS OF SCUNTHORPE AND OTHER POEMS... I have 14 poems already written for that collection, including one that I unearthed from 1989 - however I doubt the book will be ready until late 2011 as I have YETI HUGS to launch first. I'm pretty pleased with the new book - not just because of the poems - but also because it contains 9 short horror stories which I really enjoyed writing this year.

Anyway - this festive poem is called SANTAS DON'T TEXT - it was originally called AN INVASION OF SANTAS and is based on something that I saw at London Bridge Station on Sunday 19th December 2010. It's a little bit silly; but I hope you enjoy it. As mentioned I should be returning with my review of the year in the next few days; by which time the 2nd episode of the new SHY YETI ON LOCATION video might be up and ready.

Thanks to everyone for their support this year - bestest furriest Christmas wishes to you all!


Today I saw what can only be described as “an invasion of Santas…”
There must have been, at least, 20 of them…
I was at London Bridge Station when I first saw them –
They came off the tube carriage in front of me down in the Underground;
Looking a little drunk if truth be told!
It was only a week before Christmas too and it did make me wonder –
How on earth they’d find the time to go out for a tipple at such a busy time of year…
They were still just ahead of me as we rode the escalator –
People were taking photos and calling out silly comments;
“Where's your sleigh, boys? You lost it?”
“Rudolph got stuck in a snow drift, lads?”
“Hey fellas! Show us your jingle bells…”
Personally, I didn't have the patience for photos or witticisms;
I was still trying to work out which one of them was actually Santa…
I presumed he was amongst them somewhere - but I couldn't see him.
Hopefully he knew what he was doing - letting them all go out like that;
Hopefully he'd keep an eye on them and not let stuff get out of hand!
I was puzzled as to whether the others were just his younger brothers or some such…
Because I’d never actually heard that Santa had a brother - let alone so many of them!
It was kind of sweet; they looked almost identical with those big white beards…
Although when we reached the ticket barriers I looked really closely –
And it was only at this stage that I began to notice something…
Forgive me if this sounds silly, but their beards looked kind of – stuck on…
And underneath those beards they all looked so young - almost like students.
The point when I really lost faith was when I saw that one of them had a nose ring –
Not just that but a mermaid tattoo; and he was texting – I mean, Santas don’t text!
I also noticed that some of them were wearing jeans under their baggy red trousers –
Well, what can I say; after that I really found it hard to believe in them…
I just hope they don't mess up on the big day –
Or else a lot of small children are going to be VERY disappointed...

SANTAS DON'T TEXT is Copyright Paul Chandler 2010. His new book YETI HUGS AND OTHER HORRORS a collection of poetry, prose and short stories is due out from Beeches Books via www.lulu.com in February 2011.
Posted by Paul Chandler at Tuesday, December 21, 2010