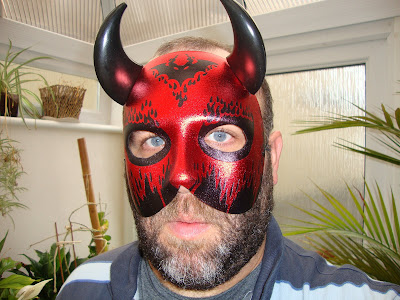 It suddenly occurred to me that I've not updated you all on my trip to L.A. I am currently working on a new episode of SHY YETI ON LOCATION (which may or may not end up as a double length episode, as I took so much footage...) However to keep you going there is already a new video up of me performing three poems at an open-mike night in L.A., at The Cobalt Cafe, which I actually put up whilst I was still away. This can be watched on youtube at: http://www.youtube.com/watch?v=he0CQVgN_RE or at Vimeo on my SHYYETI channel.

The new SHY YETI video from Hollywood includes a number of sketches - but also three poems and will hopefully go up in a week or two.

Whether or not I will get all these filmed, but at the moment this is my schedule for further SHY YETI ON LOCATION videos during 2010.

There are also a number of new SUTTON PARK episodes in the can, which need editing; but this all rather depends on how much time I have.

To finish with, here is a very new piece, which I wrote just today - which is inspired by my L.A. experiences and because I have recently been listening to a lot of Kiss albums for the first time.

They were a new band.
Their name was SNOG.
It was catchy too; for the 1970s.
Their manager came up with a gimmick.
Suggested that they paint their faces.
Each member of the band should have a different persona.
Each mask should be eye-catching like a comic book character.
It would work well for merchandising too.
Nobody had done anything like it before…
“You're going to be The Devil Ghost...”
Their manager told the bassist, also one of the vocalists…
When shown the design he liked it - it looked fierce, pale, haggard and frightening…
He could keep his hair long and imagine he was in a horror movie.
“You're going to be The Moondust Child…”
Their manager told the lead vocalist, who also played rhythm guitar…
The drawing made him look like some kind of futuristic alien made from glitter.
He liked it immediately.
Next it was the turn of their lead guitarist and vocalist.
“You're going to be The Meteor Man…” explained their manager.
The drawing was fantastic - it made him look strong, as if made from granite.
The fans would love that!!
Secretly the lead guitarist suspected that he would be their favourite.
Last of all came the drummer, percussionist and occasional vocalist.
He caught sight of his character before it was properly explained.
It looked a little like some kind of animal, quite unlike the other three masks.
“What's that?” asked the drummer. “It looks like a panda - it looks like it's smiling…”
"It's not a panda…" explained their manager. "It's a badger…"
The drummer frowned, looking to see if his band mates were smirking;
However they all looked a little distracted by dust-mites and shoe-laces; none smiled.
“A BADGER?" exploded the drummer. "A BLOODY BADGER?”
“A SPACE badger…” added their manager hurriedly. “You're so lucky; it's great!”
“Yeah, it's the best design of the lot…” agreed The Devil Ghost.
“I'm like - really jealous, man…” added The Moondust Child.
“Wow, yeah! It's absolutely amazing!” chimed in The Meteor Man.
Gradually, the drummer began to regard the drawing with a little more confidence.
“You like it? Really!?” he enquired, nervously - now suddenly warming to it.
“A SPACE BADGER, you say? Can I wear a hat?”
“Yes, of course…” agreed the Manager, nodding. “A large pink hat - with sequins!!”
Drummers, ey. Bless 'em.
They're like the magpies of the rock world...
You can convince them of anything if you bribe them with something shiny.

FIRST SNOG is Copyright Paul Chandler, 2010 and will appear in his next collection.
Posted by Paul Chandler at Thursday, September 02, 2010