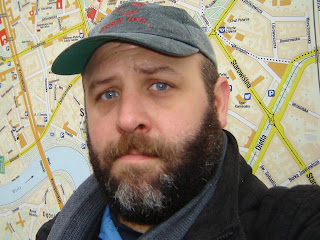 We're entered the last stages of readying DO YETI WEAR PYJAMAS for publication - I have sent off for a couple of draft copies of the finished book and once I have received my copies then I will announce the actual publication date; which I imagine will be before the end of the month.

There are 55 new poems in this collection - although one or two have already appeared on this blog, on my recent poetry videos and such.

I have listed them before, however this is the final-final running order for your delictation:

ASK NICELY
BIRTHDAY GIRL / BIRTHDAY BOY
BREAKING HEARTS IS SUCH A BITCH!!
THE CAFFEINE QUEEN
CALLING UP SAINT RITA
CAT FOOD IN YOUR EYEBROWS
THE CAT WHO COULDN’T BE KICKED
A CHEERLEADER FOR YOU!!
COVER VERSIONS
THE CROCODILE
THE DAY THE PRIME MINISTER CAME TO TEA
D.J., DARLING
DON’T SNOG BEES
DON’T TURN ON ME
DO YETI WEAR PYJAMAS?
FAMOUS PEOPLE ARE A PAIN IN THE ARSE
FIGMENT OF MY IMAGINATION
GLASSES CHECKED
GLUM
HE EATS SO MUCH
HER LAST SUPPER
I’M FAR TOO IMPORTANT TO KNOW YOU
I LEFT A CRACK IN KRAKOW
I LOST MY POOR HEART TO A POET
I LOVE YOU LESS
I WILL NEVER BE YOUR GENIE
JUST HOW SLUTTY ARE LIBRARY BOOKS?
KISS LIKE A CHEAT
LADY GRRR GRRR
LONELY MR SNAIL
LOST WEEKENDS ARE OVER-RATED
LOVELY LIES
LOVE YOU, STINKY
A MAN WITH AN ACOUSTIC GUITAR IS MY IDEA OF HELL
MANY HAPPY RETURNS
ME, THEM AND A JACUZZI
MY GIDDY AUNT
THE MYSTERIOUS ART OF LUMPOLOGY
NEIGHBOURS FOR NOW
A NICE ICECREAM MAN
NOT SEEING ANYBODY ELSE
REVENGE IS A DISH BEST SERVED HOT
A SAINT OR A SINNER!?
SECOND 29TH BIRTHDAY
SOUR PUSS
TAKE THE BLAME
TO BE BESIDE THE SEASIDE
TONIGHT, I’M A POLICEMAN
TRYING TO GET BACK ON TRACK
A VAMPIRE FOR CAKE
VIEWPOINT
WE’RE GOING TO CLONE YOU!
THE YEAR OF SEXY
THE YETI OF MUSWELL HILL
YOU COULD BE MY PIN-UP

I intend to include one of the new poems in this entry: I LOVE YOU LESS - which also appeared in one of my SHY YETI ON LOCATION videos earlier this year.

Also relating to promoting the book I returned to the Poetry Cafe this week and read three poems from the new collection. This was my first visit to the Poetry Cafe since Tuesday 16th February 2010 and once again I was accompanied by my faithful side-kick Harry. As he had in February, Harry managed to push me into going up first - but as nobody else wanted to be first one up it probably worked in my favour as I think I got a pretty good response; especially with the first poem that I read as it was very topical.

THE DAY THE PRIME MINISTER CAME TO TEA

I deliberately chose this one to read first and I'm rather pleased to have done so. The poem was written last November when Gordon Brown visited my place of work; however a few of us didn't take too well to being told how we were expected to bow and scrape to him should we meet him. I had no wish to meet him at any rate; after all, he's a public servant like myself and and I have no intention of giving undue respect to such a person and so I ensured that I didn't meet him. However, the phrase public servant rattled around in my head and I came up with this. As it happened, quite coincidentally - at almost exactly the same time as this poem received its live debut David Cameron had just been sworn in as Prime Minister and had just arrived at Number 10; so I now associate this piece with two Prime Ministers. However, I deliberately don't refer to which Prime Minister in particular in this poem as I want it to remain relevant down the ages!! :) I don't think this will be the last time that people are fed up with the person in power - so I am sure it will become relevant once again before too long! Still, being PM isn't meant to be a popularity contest - it's an inevitable part of the job, which someone like Blair never understood with all his spin and bluster... It was good to find that the audience seemed to connect with this poem and apparently enjoyed it and I was pleased that they seemed to laugh at some of the subtler jokes as well as the more blatant ones; not quite sure what to make of getting a cheer from the last line though! Poor Gordy...

This poem was posted on this blog back in November and can be read at: http://thedaffypoet.blogspot.com/2009_11_01_archive.html

I decided that this would be another good poem to read - to follow the Prime Ministerial piece; as it's one of my bitchier relationship poems, about a money grabber. Again, it seemed to go down well. I recorded this one back in January for my SHY YETI IN A SECRET LOCATION video, which can be viewed at:
http://www.youtube.com/watch?v=HWanDuIRPzY or http://www.vimeo.com/8650570 The full text of the poem appears at the bottom of this post.

I decided to finish with this little piece - the story of a lady who drinks too much coffee and is really rather wild - and then what becomes of her when she changes to decaff. I recorded this poem for my first SHY YETI ON LOCATION video, filmed in Dorset at New Year 2010. The video version can be viewed at: http://www.youtube.com/watch?v=3dHbo3vLD-g&feature=youtu.be&a  or at:  http://www.vimeo.com/8541628

Unlike my last appearance at open-mike in February I kept within my five minutes and even managed to plug A SOUPCON OF SHY YETI to the audience. It was a really good evening and there were some of the best poets I've heard read at open-mike, to be honest - so in retrospect it was quite an honour to be the first up. Anyway, that's it for now - more news as I get it. I hope you enjoy the new poem.

PS The photo at the top of this post was taken during my trip to Krakow in November 2010, around the same time as THE DAY THE PRIME MINISTER CAME TO TEA was written. :)  There is more about my Krakow trip in DO YETI WEAR PYJAMAS...

I love your kiss…
I love your cat…
I love your touch…
Your Mayfair flat!
I love your food –
Also your mother…
I wouldn’t mind –
To bed your brother!
But as for you –
You’re always hammered!
I’m not so sure…
Not so enamoured!
I love your friends –
But must confess…
When it comes to you –
I love you less…


I love your smile…
I love your Jag…
Your new iPod –
And Versace bag!
I love your pool…
Your luxury villa!
Your chauffeur’s lush –
His eyes are killer!
But as for you –
I’m not so sure…
You’re like the flu –
I’d like a cure…
I love your charm –
But I digress…
You’re not so great…
I love you less…


I love your laugh…
Love all you’ve got…
Your next door neighbour’s –
Kind of hot!
I love the jokes –
You keep on saying!
I love meals out –
When YOU are paying!
As for your yourself –
I’m undecided…
Your taste in curtains –
Is much derided!
I love that you –
Try to impress!
But I like me more –
Still love you less…


I love your pecs –
You flex real well…
I love your warmth –
And manly smell!
I love your clothes –
Your fast new scooter…
You’re kind of nice…
But could be cuter!
But the inner you –
If I may be so bold…
I’m quite unmoved –
You leave me cold!
I love your wallet –
Keeps me, I guess…
I love all these things –
Just love YOU less…