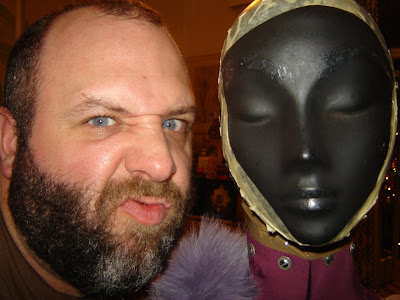 SOME MORE VIDEOS AND AN OLD POEM REVIVED...


Yes! Another blog post; I really *have* been busy in January!! It's a good start to the year; however it has put me back a little with getting DO YETI WEAR PYJAMAS ready. Hopefully I'll still be on track for having copies ready for my gig on 6th March.

I am pleased with how many people have been watching the videos - for both the poems and SUTTON PARK (which has been revived and also very unsubtly advertises my poems!!) I'll probably print an updated list of the top 30 videos by views later in February. It's the nearest thing we have to the Top 40 now! lol (Erm... Other *than* the Top 40 itself!

Today I finished another poem called: MY WORLD IS FLAT and have almost finished another called CUPCAKE. I'm planning on doing a valentine's day special video and am also editing the 2nd episode of SUTTON PARK SW1! Tonight I am heading around to my friend Harry's to film a couple more daft interviews to include between the poems for the next couple of Youtube videos.

Last weekend I posted up two new videos - one was the first SUTTON PARK SW1 episode and the second was a new poetry video called SHY YETI OUT & ABOUT which includes 3 poems; old favourite THE TRUE LIFE, new poem ASK NICELY and another favourite from a few years ago: BEING COY. This video also features some archive footage, more silly dancing and the first chunk of what is a mixture of a daft and reasonably serious interview with me about my creative pursuits.

Here are the links on Vimeo and Youtube:
SUTTON PARK SW1 - PART 1 link:

SHY YETI OUT AND ABOUT

I promise to post something newer next time - but as you can imagine I'm pretty busy at the moment and so don't want to post too much from DO YETI WEAR PYJAMAS until nearer its completion date. I may not have mentioned, as yet - but I have also been invited to read some poems during the next MEDICINE MOUTH show at East Bloc in London on Friday 12th February. This is all pretty exciting as it's my first non-open mike or self-funded gig of any kind. More about this nearer the time - but there are further details on the Facebook fan page. Anyway - the poem that I am posting today is an older one - but one that I may well include at MEDICINE MOUTH as the theme is Valentine's and the poem I am including here is quite a romantic ode.

It's a piece called WHY AGNES, YOU'RE LOVELY! and it's a poem from a collection that I wrote back in 2006 called POEMS TO MAKE BEARS GROWL. At the time it was just one of many that I was working on and it wasn't one of my bestest favourites then. This has changed over time; partly because it really came alive (at least for me as I read it; surprising even myself at how it came out!) Anyway, I hope you like it if you've never read/heard it before.

Take care and have fun!

WHY AGNES, YOU'RE LOVELY!

Why Agnes, you're lovely!
You make my heart melt...
With your Oxfam lapels...
And your dead snazzy belt...
With your corduroy slacks -
And your sinister leer!
With your love of the blues -
And a six pack of beer!
Oh, your glasses are old -
And your hair is dyed blue!
You look kind of spaced out...
Cos you've been sniffing glue!


Why Agnes, you're gorgeous!
Please don't change your shape!
With your cheap doily knickers...
Still held up with tape!
With your cute fuzzy love -
And your Polaroid grin...
I especially like -
That your legs are so thin...
I adore your balloons...
And your nice currant buns...
Though I try to forget!
Your obsession with guns...


Why Agnes, you're splendid!
I love your tattoos!
How they cover your face...
And your clothes and your shoes...
Yes, your hobbies are knitting -
And torturing flies...
Which you microwave crisply...
And cook into pies!
You wink at Policemen…
One day you will pull…
You are truly a marvel...
You live life to the full...


Why Agnes, you're super!
Will you one day, be mine?
Now your bank robbing ways...
Are at last in decline...
Now your punk rocking days!
Have at last reached a peak!
Whilst your chances of knighthood...
Would appear to be bleak!
I don't want anyone else...
We're both out of our tree!
In our own padded cell...
Yes, just Agnes and me! 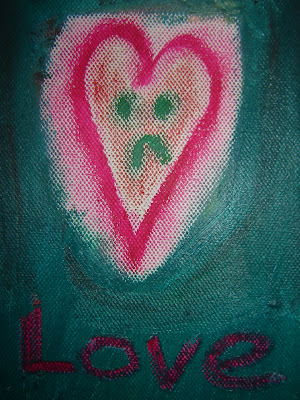