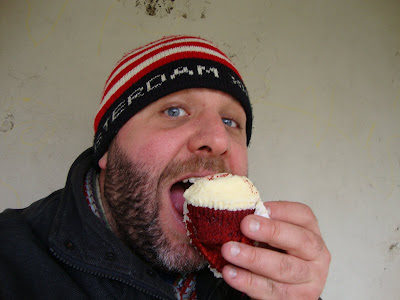 A NEW VIDEO ON http://www.youtube.com/

SHY'S SNOW SPECTACULAR is the third in the SHY YETI ON LOCATION videos completed, so far, this year. This video includes 4 older poems - covering the last 5 or more years of my poetting - these poems were: PICNIC AT THE END OF THE WORLD, MY PAST IS CATCHING UP WITH ME, TOO SLUSHY FOR SNOWMEN and SNOW BUNNIES.

A little sooner than expected I can announce that there is now another video available on Youtube, filmed in London last week between the 10th and 15th January 2010, around the time that the centre of London became briefly filled with snow. The introduction with the voice changer was filmed in Dagenham on the 10th, although not much of the footage filmed for this was actually used, although a couple of short pieces do appear at the beginning of the episode and in the out-take section. Filming in London began on Wednesday 13th January; that aforementioned snowy day and it was the snow that really inspired me to begin filming sooner than I had initially planned; as my previous video only featured some very minimal snow action. Unfortunately my camera was caught unaware and wasn't fully charged, so I couldn't complete the episode - but made best of the snow and included footage in the streets around Victoria, all of the links in the park, as well as the first poem and a little of the second.

The rest of the episode was filmed on Friday 15th January 2010 - after the snow had melted. If you look closely during the first verse of SNOW BUNNIES you can even see grass in the background and in the scenes filmed on the friday there is no snow on the trees - but the scenes from both days are cut in together, so it is harder to notice. Originally I had intended the fact that the scenes were filmed at different times to be was played on more as a joke; footage was filmed where I mentioned that my poetry had magically caused the snow to vanish - but during editing, when I needed to cut certain shots these were the ones that went.

During the editing process on Saturday the 16th and Sunday the 17th of January 2010, I decided that it made better sense to have the out-takes at the end of the show, rather than as a separate video - because hopefully that way people will also watch the whole thing. Making this decision did mean that I had to trim the episode down by around 5 minutes. That said the fact that the film was made at two different times seems to work quite well and you don't notice the differences between the days as so much of the important linking material was done on the snowy day. However, for those of you out there who are as sad as me - if you look carefully, I am wearing different shirts during the reading of the last 3 poems and my woolly hat is on differently on the second day of filming!

Anyway, I hope you enjoy the new video - if you're on Facebook you can also check out details concerning my next Poetry Cafe gig (on March 6th) and next book launch (on May 8th)...

Coming soon - a new poem from DO YETI WEAR PYJAMAS?, ratings updates and information on the two events, maybe another ON LOCATION video and the return of a certain something from my past beginning with the letters "S" and "P". 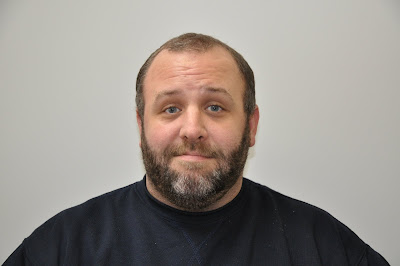