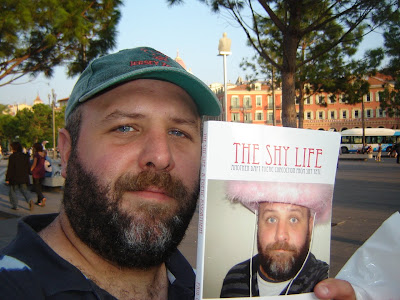 THE SHY LIFE IS RELEASED FROM CAPTIVITY!!!

I just thought I'd give you a little more information on the new book: THE SHY LIFE, which is now available from LULU. I'll be having a book launch party for it on Friday 6th November 2009; so expect some photos soon! :) I'm busy working on the next collection: DO YETI WEAR PYJAMAS? and have, so far, completed 32 new poems. Although I will keep you up to date on how I progress with this you can get more regular updates via my Twitter page. See more below. At the end of this post you will also find a new poem of mine; one of my favourites from the new collection: STEALING MY THUNDER.

THE SHY LIFE is the third and final book of Paul's 2009 trilogy containing fifty completely new poems; from the silly to the more serious. They were written during summer 2009 and include: THE CREATIVE GNU, COLIN THE CUSTARD-EATING SPIDER, AN ESKIMO IN MY TEA, HOLLYWOOD: LOW BUDGET, PROUD TO BE A LIBRARIAN, RESCUING BEAR CUBS ON BUSES and THE UNAFFORDABLE FJORD, which Paul has performed at gigs and open-mike nights this year. There are also links to all the BLOGTV shows that Paul has done this summer, photos from the summer European tour and news on how his book launches and gigs have gone!

You can read more about it and preview some of the pages at:

To finish with here is the new poem!

I hope you enjoy it! More soon from both the new collection and the even newer collection!! :)

PS The version of "THE SHY LIFE" cover used above was the one I had during my trip to Nice in early October 2009 - the cover has since changed slightly and the new version can be seen via the link to the LULU site. :) 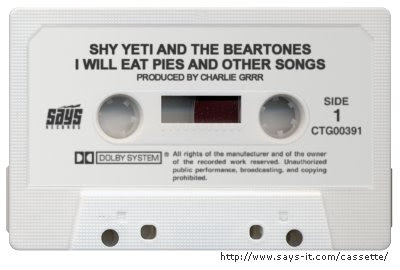 
Why DO they keep stealing my thunder?
Why DON’T they get some of their own?
They could go and buy some on the net –
Or I hear it's quite easily grown!
My thunder is no-one's for taking...
It belongs just to me, that *IS* that!
I use it to frighten the birds off –
Or to help shoo away next-door's cat!
They grumble because they can't have it!
And they give me the fiercest of stares!
What makes them come after my thunder?
Do they just want it because it's not theirs?


They keep on just stealing my thunder…
They are thieves and they're liars to boot –
& can't keep their paws to themselves, no!
They're obsessed with desire to loot…
My thunder is kept in a suitcase;
Which I like to keep under my bed…
But they sneaked in and tried to obtain it!
So I keep it now close to my head!
I keep it there under my hat now!
But I fear that they'll find it, in time…
Why can't they just get their own thunder?
Rather than resorting to vile petty crime!?!


They're out there; out stealing my thunder!
Does it make them feel terribly big?
Do they get off on being the bully?
But one with the might of a twig!
My thunder is mine and it's precious...
It was passed down to me by my nan!
In the summer I also use lightning –
Just to get me an all-over tan!
It is mine and I like to unleash it...
No, I'm not going to give it away!
Oh, what would life be without thunder!?
Storms would sound silly; in sad disarray!


They're after it - after my thunder...
If they don't stop I'm gonna get mean!!
I will do a rain dance just to spite them...
To cause storms like you never have seen!
Well, my temper is short and it's fiery!
If they thieve or attempt to just plunder!
They'll soon see all the fury I'm storing –
And my anger is rumbling like thunder!
If they try it – I’ll give ‘em regrets though!
So, I'll make one last friendly appeal...
If you wish to purloin you some thunder!
Get your own dear and please do not steal!