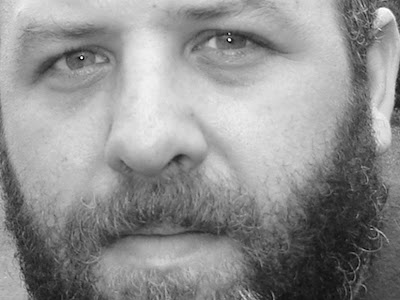 This is just to announce that CAVEMAN LOGIC is OUT and available on Lulu.com at:
http://www.lulu.com/content/paperback-book/caveman-logic/5957268

CAVEMAN LOGIC is Paul Chandler's 2nd book of poetry during 2009; written between January and May 2009. Paul's nom-de-plume is SHY YETI and this collection clearly shows just how quickly yeti can get working when it comes to rhyme an general daftness. CAVEMAN LOGIC includes over 65 new compositions, including: THE BALLAD OF BOROUGH MARKET, FOXED, I'M GLAD YOU SEE IT MY WAY, OWLS IN BRAS, THE NEIGHBOURHOOD WITCH, SNOW BUNNIES & YOU KNOW ME TOO WELL. Some of these pieces have already been performed around London, others will be aired on his European Tour in August 2009 and others may well appear during open-mike nights and gigs over the next few months.

I have also been blogging on BLOGTV and recorded a show today including 3 poems from the new book: THE NEIGHBOURHOOD WITCH, THE GREAT BOOKSHOP IN THE SKY and BUY ME A POET'S LICENCE

You can watch this 9 minute show at:
http://www.blogtv.com/Shows/827099/Y27wZ2NxaeXuZeZFbX&pos=ancr

To finish with, here is another poem from CAVEMAN LOGIC - BRAND NEW PULLING PANTS, which I hope you'll enjoy!

He's got his brand new pulling pants on!
Which he bought in Matalan...
He's been down the health salon –
He's got himself an orange tan!
Yes - and his ears are smartly pierced;
He went for studs instead of hoops –
He's got a tablet of Viagra –
Just in case he gets the droops!
Just in case the horse has bolted –
As a swift shot in the arm...
But with his brand new lucky knickers –
Well, he's got automatic charm!

He's got his brand new pulling pants on!
With his eyebrows neatly brushed...
He takes ages getting ready –
He always feels as if he's rushed!
He has flossed his teeth precisely –
Trimmed the hairs right up his nose...
Rinsed the debris from his ears –
Good lord, he's even washed his clothes!
He is really quite the lad –
Although his hair is quite effete!
Whichever boy or girl he pulls –
They will have won themselves a treat!

He's got his brand new pulling pants on!
They are bound to bring him pleasure!
They're a little on the tight side –
Alas, they were not made to measure...
But they show him off quite nicely –
Let's just say he doesn't need a sock!
As he holds his lover tightly –
And pouts some karaoke rock!
Although he's very slim of waist –
He has begun to feel the pinch...
Well, a talent such as his –
Needs to be taken inch by inch!

He's got his brand new pulling pants on!
He’s not been seen in them before...
If he doesn't pull tonight –
Then he will be a total bore!
What a way to spend an evening –
It gives a boy something to do...
And it keeps him off the streets –
All those who'd like to; form a queue!
He will weave his magic spell –
The secret's simply not to care!
He's got the whole world in his pants –
In brand new pulling underwear!