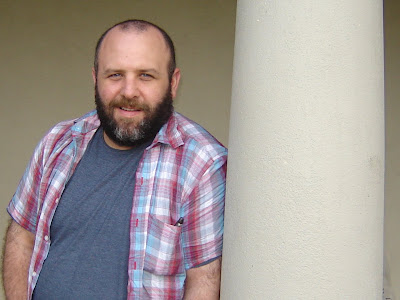 NEWS UPDATE: MORE OPEN-MIKE AND 2 NEW BOOKS DUE BY JULY!!!

I am in the process of typing the 50th poem of the next book: CAVEMAN LOGIC, which I expect to be ready by July this year. This particular poem is called I'M A MYSTERY TO HIM. It's not ready to post on here, but I intend to post a new poem at the end of this post. I am also putting together a more concise book on my poems from 1992 to current day called FURRY FAIRY TAILS which I aim to use as an introduction to my poetry and it includes poems that seem to have gone down well at gigs and open-mike nights, as well as some of my personal favourites and a couple as-yet unpublished poems. I expect this collection to be ready by early April, if all goes well - as I was taking photos for the front cover only yesterday and the project is nearly ready to go to Lulu.

In addition to new books I have provisionally announced 3 further writing events in 2009 - a book launch / pub crawl in July, another gig at the Poetry Cafe on Sunday 6th September and another book launch close to my birthday in November.

Not only that but on tuesday I returned to the Poetry Unplugged night at the Poetry Cafe and read three more poems; please read on and learn more... 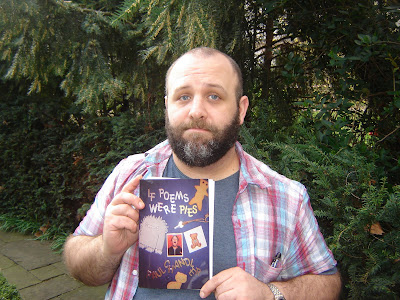 This was my first visit since early January due to being busy with my previous collection IF POEMS WERE PIES and with the 1st March gig. I was accompanied by my friend Maggie Hughes and read 3 poems just before the end of the first half. There were over 30 poets on the night and a good St Patrick’s Day time was had by all.

I choose this poem to start with, it’s one of my favourites from the last book and I thought it would be a good one to warm people up with. In my experience it takes a poem or so to warm people up to your specific style – especially in an open-mike night where they are all sorts of poems being read.

One of my favourites from the last collection – this seemed to get people laughing and there were even a couple of gasps; it’s possible somebody had just swallowed the head of the person in front of them – but I’d like to think it was because people were enjoying the poem. Who knows… 

A LEARNING EXPERIENCE
FROM: ROLLERCOASTER (2002)

This poem is a pretty old one, from my second collection – but it’s the one that people came up to me and said they most enjoyed at the gig on the 1st of March – so I was keen to read it again in front of the poetry fans at the open-mike night. Sure enough it also seemed to go down well on this occasion – which made me a very happy yeti! It’s always nerve-wracking trying to read well when you only have a 5 minute slot – but these poems seemed to fit that time just fine before the end of the first half!!

And to finish with here is one of the new poems from CAVEMAN LOGIC...

BACK WHEN THE INTERNET WAS YOUNG

OR: THE HISTORY OF THE INTERNET IN JUST FOUR VERSES…


Before the advent of the e-mail –
Before all the songs were sung!
The world was far more simple!
Back when the Internet was young!

Back when the Internet was young –
In Medieval times and such…
The net was worked by clockwork –
And no-one used it very much!
It was powered by a treadmill –
By an athletic troupe of mice…
And used by those in peril –
Or by those who sought advice!
Queen Liz the First she surfed it –
To obtain astounding quips!
Henry the 8th he also used it –
To gain new execution tips…
Back when the Internet was young –
No Online Poker Games to play…
There was no Amazon nor Facebook;
There was no Myspace and no e-bay!

Back when the Internet was young –
In the days of Sherlock Holmes…
Crimes were solved upon the net…
Despite the rationing of ohms!
Despite plagues and wars and fires –
Despite the art of body popping…
The Internet simply grew larger –
Even the Bard went online shopping!
In the early days of broadband –
The Magna Carta kept things slow…
Churchill played chess with Hitler –
When he won life came to blows!
Oh, when the Internet was young –
And the tube still ran on time…
The online world was nice and safe!
And there were no scams; no crime…

Back when the Internet was young –
In London Town throughout the Blitz!
Well, the Germans seized the net –
And they flooded it with tits…
Well, it’s never been the same since –
From the 50s through to punk –
But the web’s become polluted –
Folk have filled it full of junk…
Mrs Thatcher used to tease it –
Whilst Tony Blair just used to hunt it!
But the net’s now such a menace –
That no bugger will confront it!
Back when the Internet was young –
It fought a war against the pager…
Well, it was innocent back then –
But now it’s become a foul teenager!

Things will never be the same now –
By our petards we’re duly hung…
We’ve unleashed a giant monster!
The net revolution’s only just begun!!
Posted by Paul Chandler at Thursday, March 19, 2009