ANOTHER NEW POEM HOT OFF THE PRESS!!! :) 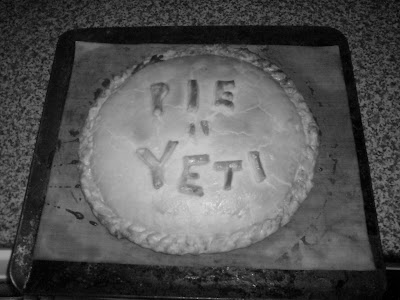 SHY YETI'S INCREDIBLE PIE-CRUST COLLECTION is very nearly completed now; although I have added half a dozen or so additional poems during the editing process. New titles include: I NEVER SAY NO TO PIE, IT'S ALL GREEK TO ME, DIAGONAL CAT, ABOVE THE SKY and the new piece below: THEY WARNED ME ABOUT PEOPLE LIKE YOU... 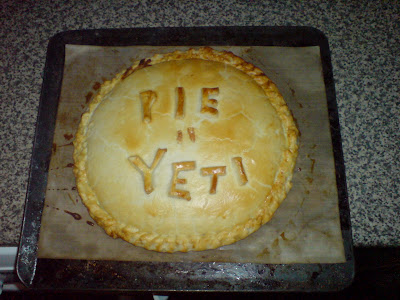 On other, equally as important matters, the pictures of the pie that my friend Dan made me the other day; needless to say I have included it in the new book - which I hope to be finished and ready for Lulu.com by the start of June. For those of you who are interested in things like this; the pie's name was Gladis and she was a beautifully tasting cheese and onion pie. Yum. :)

A date for the book launch remains undecided, at present, depending on when the two Mouse of Commons books are also ready. 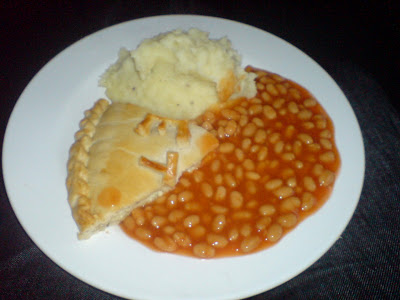 
They warned me about people like you!
They advised I avoided your sort…
To pretend that I just didn’t see you…
To be certain I never got caught…
To ensure that you would not pervert me!
Or endanger my angelic ways…
Well, it’s safer to lock up your daughters –
And prudency always it pays…


They warned me about people like you!
They said you were after my cash…
They told me you were slightly unsightly;
And that maybe you’d give me a rash!
They mentioned you looked a bit shifty;
That you’d ruined some innocent lives!
They seemed certain that you were a scoundrel!
And they listed your thirty-six wives!


They warned me about people like you!
They said you were out for yourself…
That you wanted to get in me knickers;
And if you tried, you would do so with stealth!
They said you’d try showing me puppies!
To lure me deep into your den!
They gave me a lot of lewd details…
But what I wanna know now, is just – WHEN!?


They warned me about people like you!
They claimed you were simply demented!
They smothered me with their affection;
So that my halo it wouldn’t get dented!
They panicked and tried to prevent me!
From hearing the outrageous truth!
I had my own CCTV system fitted –
And became totally burglar proof…


They warned me about people like you!
They wanted to spoil all my fun!
They claimed that I needed protecting;
Seems they thought I was some kind of nun!
Quite simply they never considered…
That I’m approving of all that you do…
That I might have some tricks of my own, see…
Or that I might be HELLA more sinful than you!


They warned me about people like you!
Cos they believed you were, oh, so unkind…
But I've been searching for years with no luck…
And you bounders are so tough to find!
But I found you and I’m ready for action!
Come here boys; you’ve got nothing to fear!!
They warned me ‘bout fellas like you,
But rejoice – cos I turned a deaf ear! 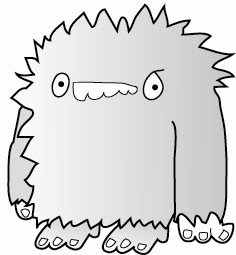