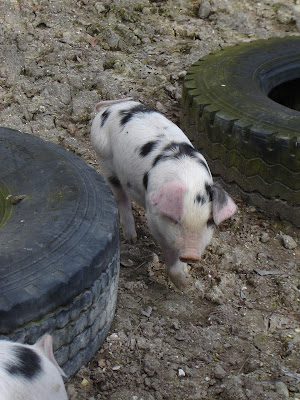 I've not posted for a little while, as I'm currently in various different stages of a number of books that I hope will be coming out in Spring 2008. There are four poetry books so far; WOOED AWAKENINGS and WOOED-ER AWAKENINGS, which I've already mentioned to a certain extent which are repackaged relationship collections from my first 8 books up to POETIQUETTE in 2005; the first book covering the books 1-4 and the 2nd books 5-8. There are a couple of new poems in both collections. There is also the SINGLES FILE collection of the poems I have posted on this site over the last 5 or more years, which will also contains 20 or 30 new pieces.

In addition to this I am also working on a book of children's poems with my friend Bearsoup. I'm writing some new pieces and chosing my favourites from all my 10 poetry collections so far. Bearsoup is going to be illustrating them and the aim is to produce a full colour collection to publish on www.lulu.com.

Anyway - here's one of the new poems that I hope will be appearing in YETI SPAGHETTI, the children's collection that I mentioned earlier. Hope you like it. This was written in bed after a night out on the tiles, with sleepiness still snoring in my earlobes as I wrote it.

Little pig -
He's discotastic…
Little pig…
Takes measures drastic!
To stop the fiends -
Who bully him;
Who make each day…
So very grim…
In his school bag -
Hides something viler…
A large and snarly;
Pet Rottweiller!!!

Little pig -
He's well respected!
Little pig -
Now well protected!
The other creatures -
All treat him beaut…
In fact some have been -
Known to salute!
They're dead polite now,
Yup - no fakin',
Pig's pet Rottweiller -
Sure saved HIS bacon!
Posted by Paul Chandler at Friday, December 07, 2007