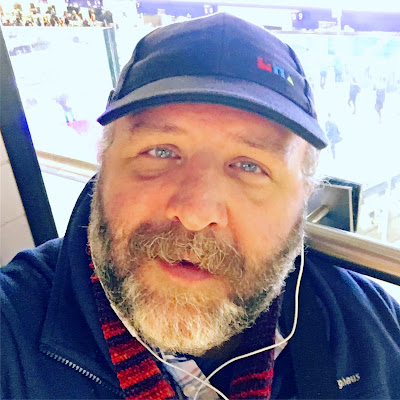 This time we're looking at some of our most recent episodes of the podcast - first up we're heading back to November 2018 for an episode that I recorded with Harry whilst we were away down in Kent for my birthday, last year... 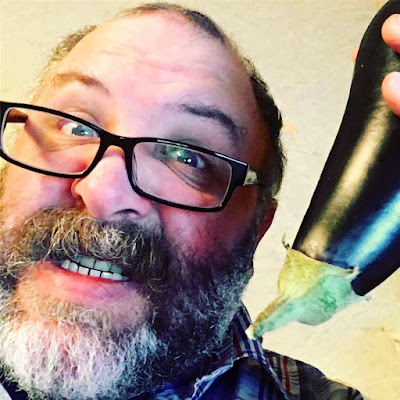 Here we are for episode 233! This time we're going behind the scenes on what happened when Harry and Paul tried to audition members of The Shy Life Podcast to help sing a tune for him! We also have a mysterious phone-call... Our next episode, #234 sees us discussing the big hits of 1999 with podcaster and friend of the show, Leigh Robertson... Do join us, won't you?! Please email me at shyyeti@yahoo.co.uk if you have any comments - you can even send me a sound-file and I'll include it on the show. The music is by Shy Yeti and Luca. Sound effects by Paul Chandler. All content of this episode is Copyright Paul Chandler, 2019. Episode 233 was recorded between the 10th and 14th November 2018, with additional links from 19th February 2019.

Next up - we catch up with friend of the show, Leigh Robertson (of Chewing The Cud podcast) to discuss the big hits (UK/US) of 1999. 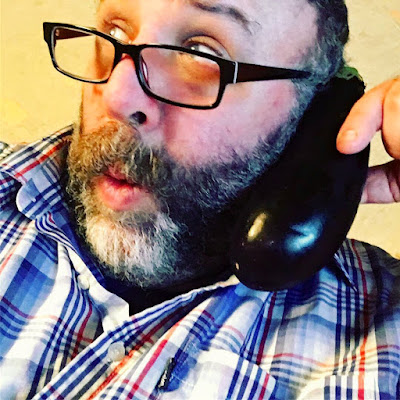 Here we are for episode 234! This time Mr Yeti talks with Leigh Robertson from Chewing The Cud about the big pop sounds of 1999 - and one or two huge movies too! We also receive another mysterious phone-call from Ethel The Landlady. Thanks to Leigh R and Andrew Trowbridge (from Round The Archives) for their help with this episode. Our next show, #235 sees us investigating the odd calls that we have been receiving - do they really come from 1992!?! Do join us, won't you?! Please email me at shyyeti@yahoo.co.uk if you have any comments - you can even send me a sound-file and I'll include it on the show. The music is by Shy Yeti and Luca. Sound effects by Paul Chandler. All content of this episode is Copyright Paul Chandler, 2019. Episode 234 was recorded on the 14th November 2018, with additional material recorded between 2nd and the 4th February 2019.

Our next episode continues the mystery of Ethel The Landlady... 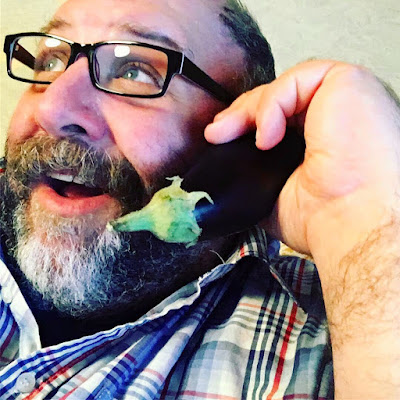 Here we are for episode 235! Paul has been contacted by a strange lady called Ethel who claims to be calling from 1992 and thinks that he is about to move in with her when he starts University... But that was all YEARS ago! The regulars step in to offer assistance and try to solve the mystery - what exactly is going on!?!  Thank you to Trowby from Round The Archives for his help with this edition! Our next episode, #236 sees Paul turning to Cuthbert for advice as he hunts for something long-lost from the audio archives to share with the listeners... Do join us, won't you?! Please email me at shyyeti@yahoo.co.uk if you have any comments - you can even send me a sound-file and I'll include it on the show. The music is by Shy Yeti and Luca. Sound effects by Paul Chandler and Soundbible. All content of this episode is Copyright Paul Chandler, 2019. Episode 235 was recorded between the 2nd and the 13th of February 2019, with a Sutton Park clip from Spring 1994.

Next up some random photos - a couple of the lovely Deeley and then others of me pratting about... 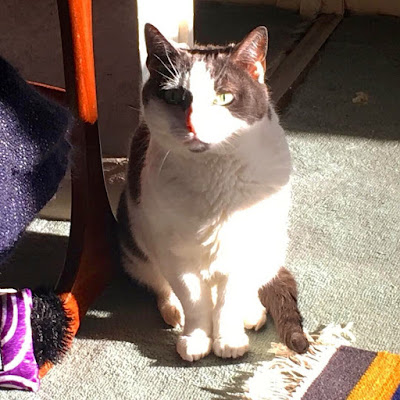 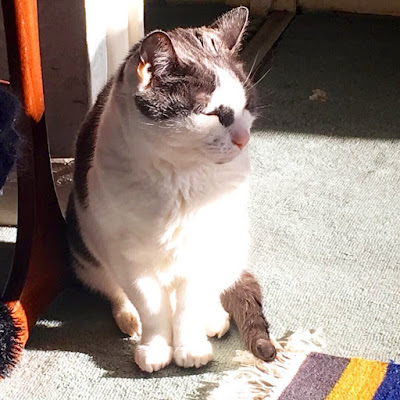 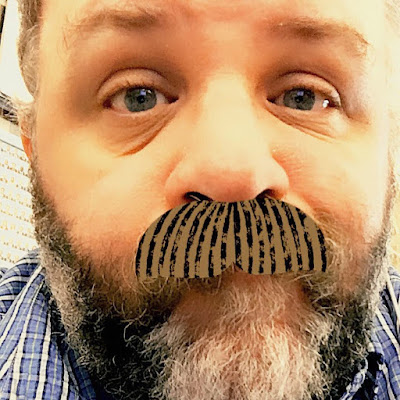 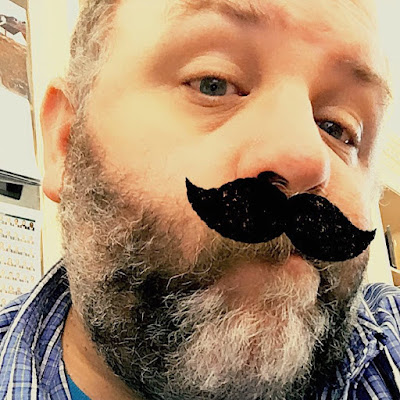 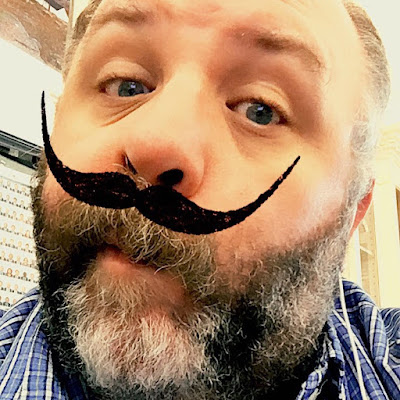 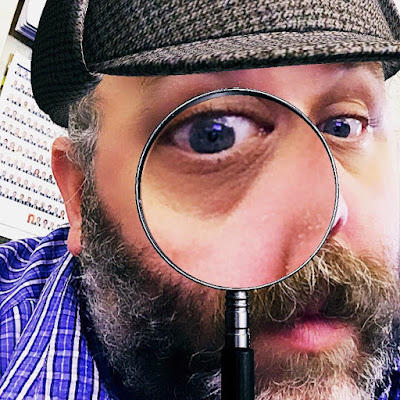 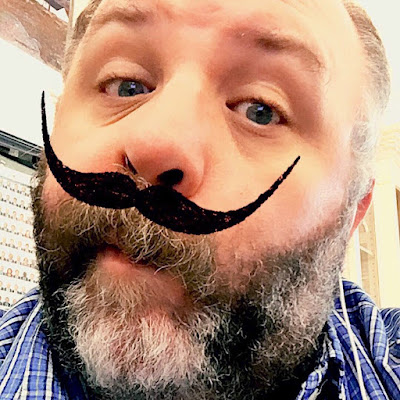 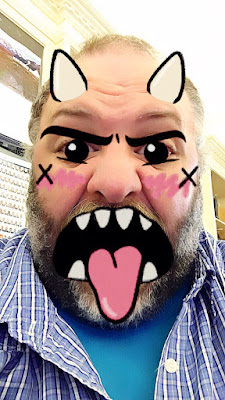 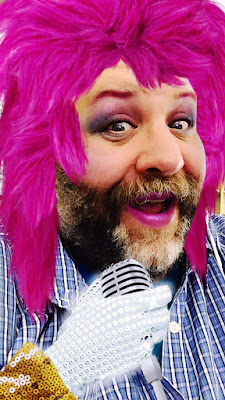 Next time we'll have more from the podcast - plus I'll also be back with news from my trip to Venice! 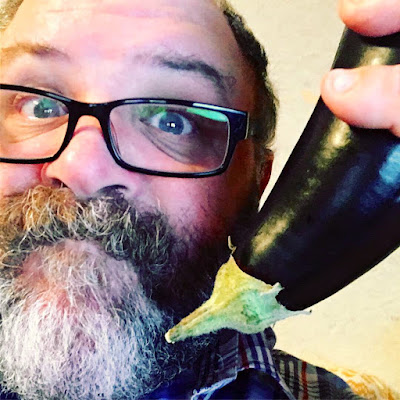 Here we are - it's March already! Our schedule list does tend to change every time I post, but right about now this is a pretty good guide to the episodes that we are hoping to release over the next few months! Anyway - take a look at what we have in store...

Paul approaches Cuthbert for a clip from the archives that he can use to present the listeners with a new episode...

It's our live show for March 2019 and we're just back from a trip away overseas...

241. The Truth About The Murder Mystery Weekend!

This episode sees Paul visiting Bettina only to find out that the house has recently become robotically automated; also Wifey Jo plays a card game with Cuthbert. 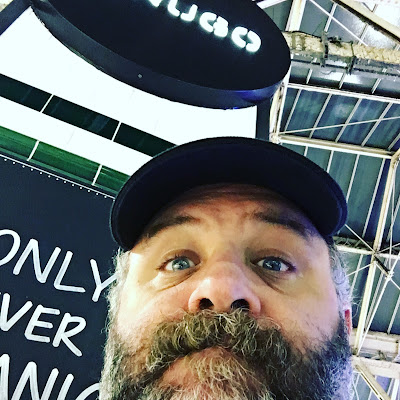 This post and all contents are Copyright Paul Chandler, 2019
Posted by Paul Chandler at Wednesday, March 06, 2019