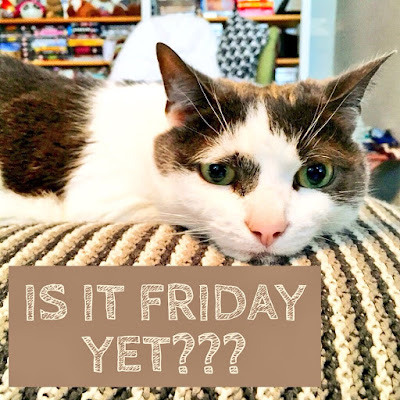 This week I'll be sharing with you some photos from behind the scenes on the podcast...

First up however, I have information on some new episodes of the show which see a mixture of subjects and special guests showing up... (The photos below are of episode 177...) 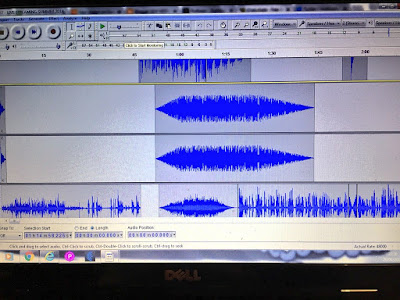 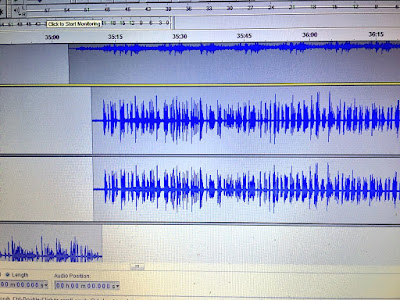 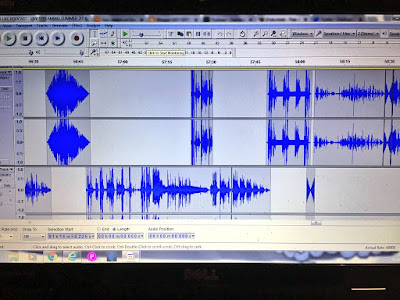 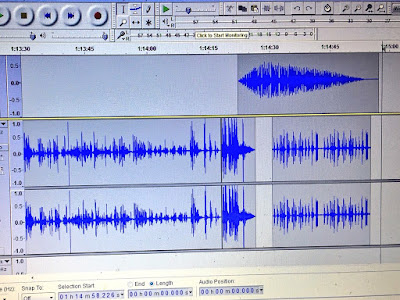 Here we are for episode 176 - which sees the return of two previous guests of the show - Beverley From Work and Toppie Smellie from The Smellcast. Beverley and I discuss some of her favourite music whilst enjoying the sunny weather - whilst Toppie and I get up early to chat about coffee and thinking back to a fictional summer picnic that they once didn't have. There are also poems and we catch up with the regulars. Thanks to Beverley and Toppie for their time - also GET WELL SOON, BEV!! In our next show, #177, we take part in the Pride48 Live Summer Streaming Event - there is a guest in the studio and Cuthbert asks random questions! Do join us, won't you?! Please email me at shyyeti@yahoo.co.uk if you want to say hi - you can even send me a sound-file and I'll include it on the show. The music is by Shy Yeti and Luca. Sound effects by Paul Chandler. All content of this episode is Copyright Paul Chandler, 2018.  Episode 176 was recorded between 7th - 19th June 2018. This show also includes a brief SUTTON PARK clip from Spring 1996, featuring a young Harry.

The next episode is from our second LIVE episode of June - this one for a very important Pride48 event...

Here we are for episode 177 - which was our show for the Pride48 Live Summer Streaming Event 2018! It's a busy show and Nick joins me in the studio to help me out! We discuss the event so far - hear from Ikk and Martin and also Dameus and Bettina and keep up with comments in the chat-room. Not only that but we revive The Vinyl Vault with some of Nick's retro single choices and Cuthbert The Robot asks random questions... All goes well - but Zap does attempt to make his presence known and Yeti Uncle John and Cromitty show up late, completely drunk. All this and for extra material we have a SUTTON PARK clip from 1994 involving Nick and Trowby. #178. Next time we speak to a podcaster who is new to our show - whilst Zap ups his game to try and intervene! Do join us, won't you?! Please email me at shyyeti@yahoo.co.uk if you have any comments - you can even send me a sound-file and I'll include it on the show. The music is by Shy Yeti and Luca. Sound effects by Paul Chandler. Many thanks to Nick Goodman for being my co-host for this special show and also to all those who were there in the chat-room. All content of this episode is Copyright Paul Chandler, 2018.  Episode 177 was recorded on Saturday 23rd June 2018 between 4-5pm (GMT). 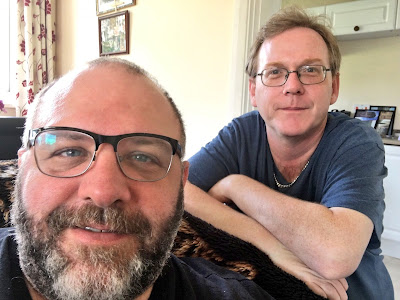 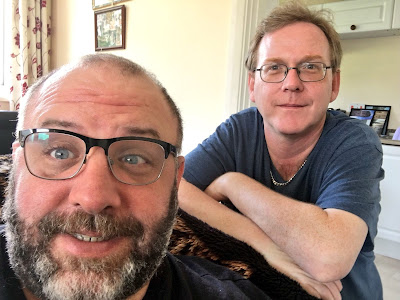 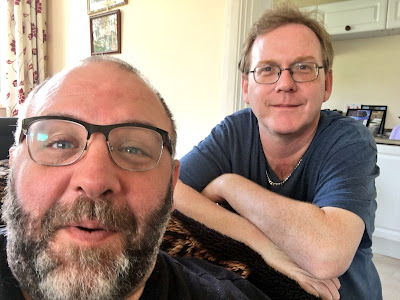 Next up - in a change to the scheduled episode we hand the show over to Yeti Uncle John as he undergoes training for his forthcoming role as an "Outer Space Tour Guide"...

Here we are for episode 178 of THE SHY LIFE PODCAST and in a change to the scheduled episode we hear from Yeti Uncle John who has recorded a diary during recent training for his new job as a tour guide in space. We hear from Paul, Cromitty, Martin, Bettina and Dameus - not to forget Ikk who plays a big part in events. There are also poems and SUTTON PARK clips - but it's all a tad different to the norm; however there is also a shadowy figure lurking in the wings! Our next episode, number 179 sees us returning to our originally scheduled episode with Leigh Robertson from the Chewing The Cud podcast where we talk about recent films and favourite music. Do join us, won't you?! Please email me at shyyeti@yahoo.co.uk if you have any comments - you can even send me a sound-file and I'll include it on the show. The music is by Shy Yeti and Luca. Sound effects by Paul Chandler and Soundbible. All content of this episode is Copyright Paul Chandler, 2018.  Episode 178 was recorded on 27th June 2018 and includes retro SUTTON PARK clips.

Before we finish this time I have some recent photos of Deeley to share with you all... 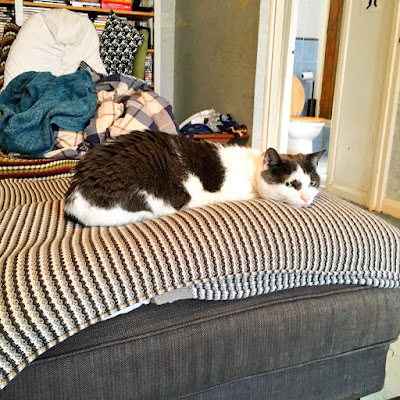 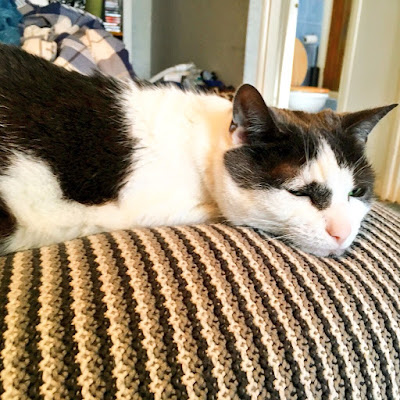 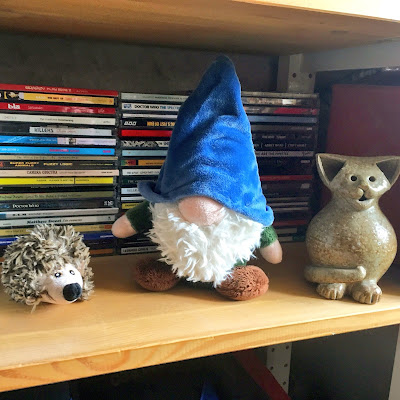 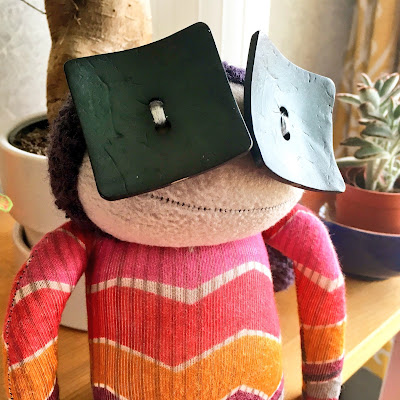 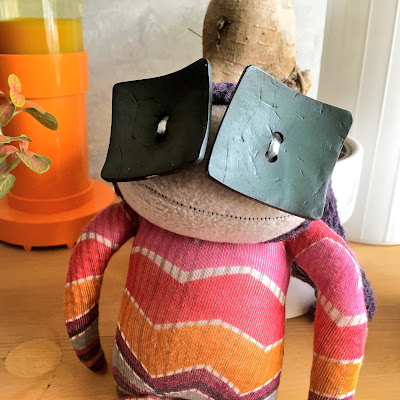 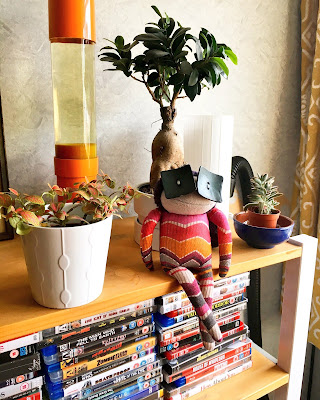 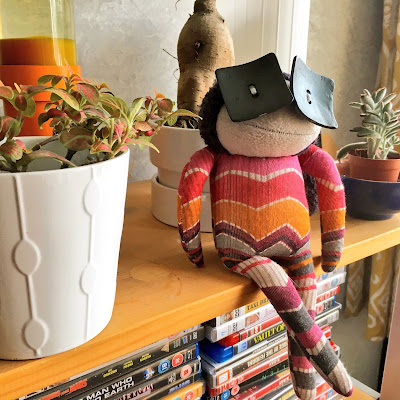 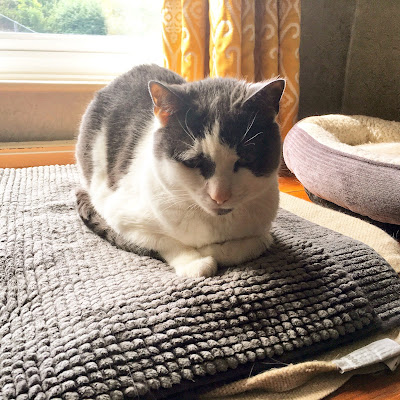 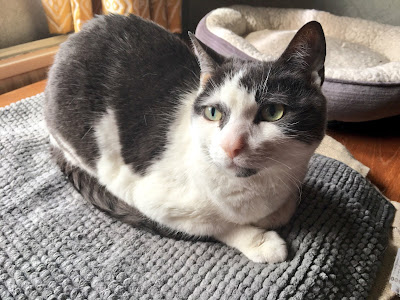 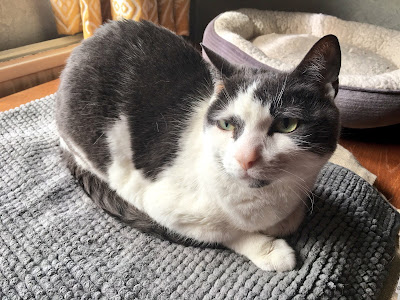 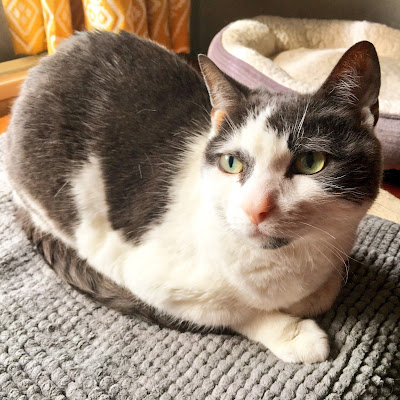 Next time I'll be telling you about my new books - I've been writing them for two or three years (maybe longer!) and, of course, they're all ready to fly at the same time! (Typical!!) Next time I will also be sharing links about new episodes of the podcast... 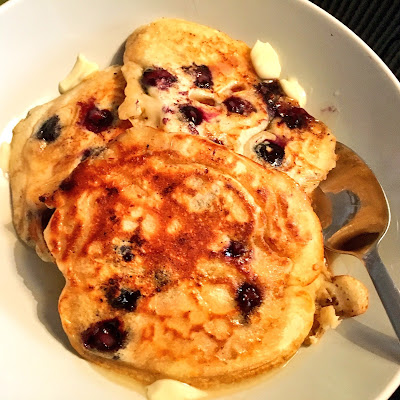 All of a sudden we're almost there in July - and THE SHY LIFE PODCAST is heading into summer with loads of new episodes - and the following shows are the ones that we're presenting next...

We chat with Leigh Robertson from the podcast, Chewing The Cud - only Zap continues to do his best to cause as much trouble as possible behind the scenes.

Find out what Mr Yeti got up to whilst in Copenhagen back in early May.

184. Digging Into Unheard Of Places

185. Return Of The Brompton Time Machine

188. The Return Of Dameus The Interviewer 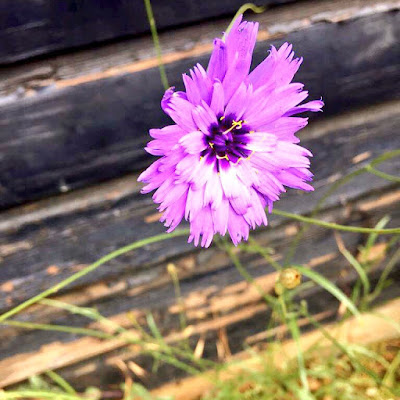 This post and all contents are Copyright Paul Chandler, 2018.
Posted by Paul Chandler at Friday, June 29, 2018