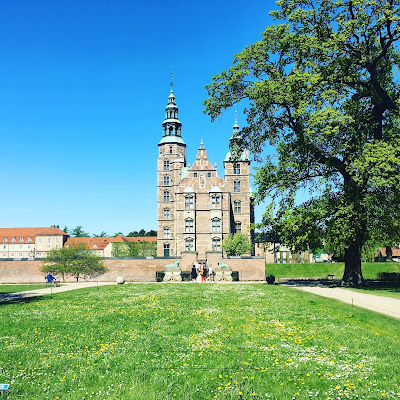 
This week I'll be sharing with you some snippets and photos from my recent trip to Copenhagen; however I won't be using all my pictures this time as I'll save a few for when that particular episode of the show is released... Talking about the podcast we reached a mini milestone on the 14th May 2018 which was two years since I began recording the pilot episode. This episode was released a few days later on Soundcloud and was available on iTunes, along with episode 1 by the end of the month. We did give a little shoutout about this during our Pride48 Live Show for May 2018...


Here we are for episode 168 - our LIVE Pride48 Show for May 2018! After a slight hiccup at the start we catch up with Toppie Smellie and Trowby and Lisa in the chat-room, hear about Mr Yeti's recent trip and speak briefly with both Cromitty and Yeti Uncle John. All this and we have extra material - some SUTTON PARK clips and further random questions with Nick G and Andy C. (We'll have more next month too!) Our next episode, number 169 finds Paul and Bettina chatting - and we also get closer to the truth behind what made Ikk unwell earlier in the year! Do join us, won't you?! Please email me at shyyeti@yahoo.co.uk if you have any comments - you can even send me a sound-file and I'll include it on the show. The music is by Shy Yeti and Luca. Sound effects by Paul Chandler and Soundbible. Many thanks to Nick G and Andy C for recording the extra material with me - also to Nick for digitizing the S.P. clips. Additional applause - to Adam Burns for saving the day and to The Chat-room Regulars for just showing up and being there LIVE!! All content of this episode is Copyright Paul Chandler, 2018.  Episode 168 was recorded live on Sunday 13th May 2018, with extra material recorded on 21st April 2018 and SUTTON PARK ep 100 clips from Summer 1993. 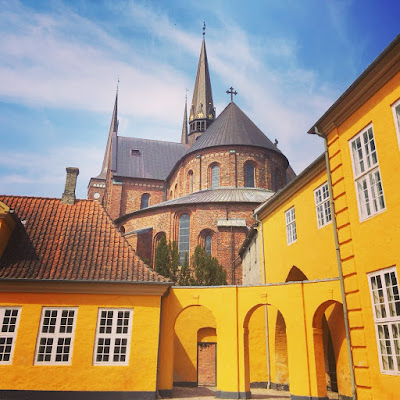 Next up - the second of our two episodes for this post...

Here we are for episode 169 - in which Paul and Bettina catch-up; Bettina also has questions for him from Jay The Hauntcub. Meanwhile Yeti Uncle John uncovers something weird in the Library Podcasting Studios and Martin has an unfortunate accident whilst presenting old SUTTON PARK clips. There are also poems and many various goings on from the regulars. Our next episode, number 170 sees Paul celebrating the 10th anniversary of his book SHY YETI'S INCREDIBLE PIE-CRUST COLLECTION by reading some of his favourite pieces from it. Do join us, won't you?! Please email me at shyyeti@yahoo.co.uk if you have any comments - you can even send me a sound-file and I'll include it on the show. The music is by Shy Yeti and Luca. Sound effects by Paul Chandler. Many thanks to Nick G for digitising the SUTTON PARK clips - and to all who feature in them! This time they come from Winter 1994 and... erm... somewhen later the same decade; apologies - Martin's notes got drenched in coffee. Clumsy!! All content of this episode is Copyright Paul Chandler, 2018.  Episode 169 was recorded on the 2nd May 2018, with an additional final scene recorded between the 16th and 17th May 2018.

Here are some photos from my recent trip to Copenhagen. I won't be doing a full diary as the podcast covers that and I'm expecting that episode to be released in the next couple of months... 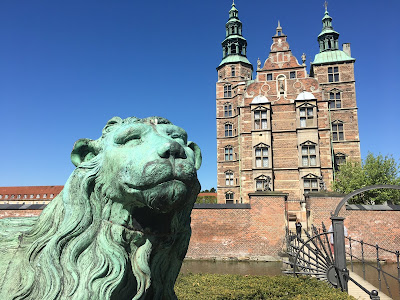 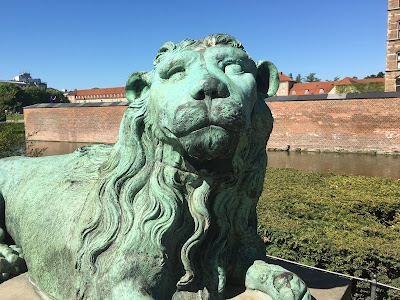 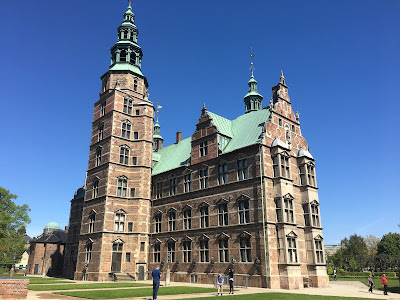 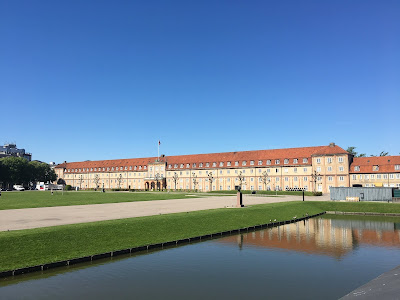 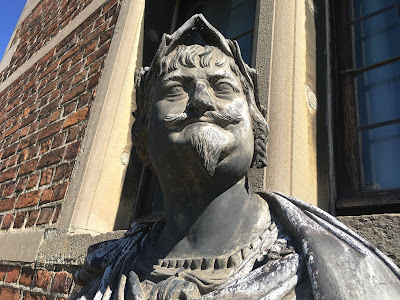 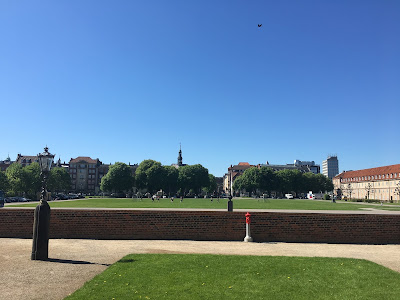 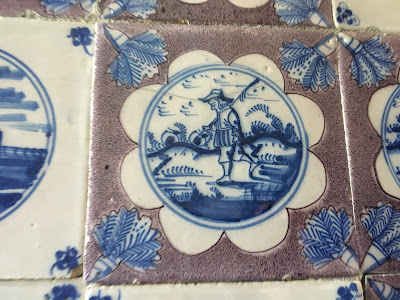 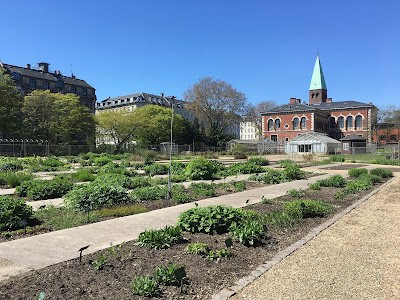 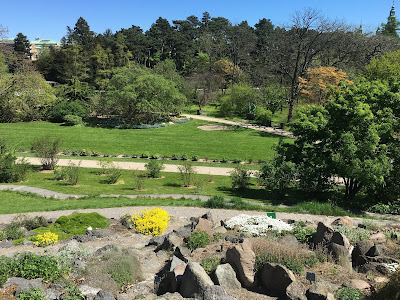 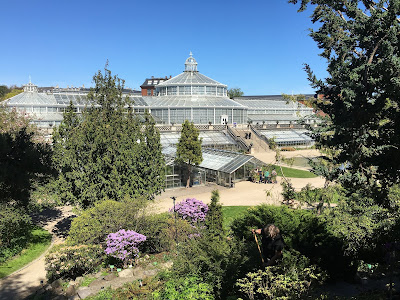 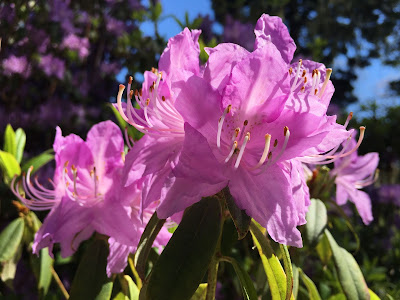 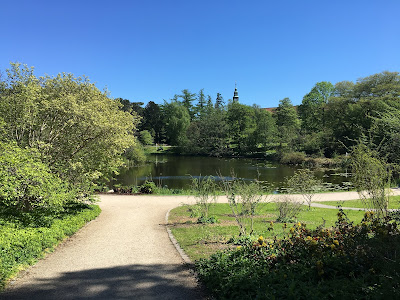 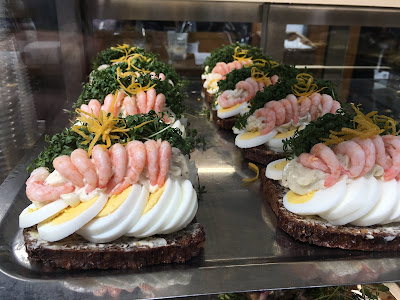 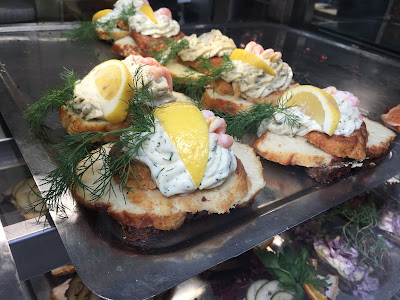 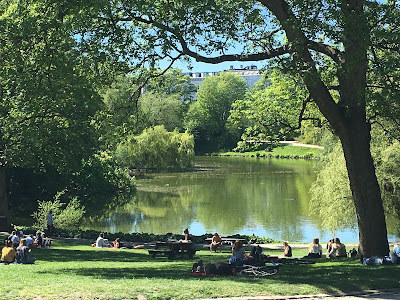 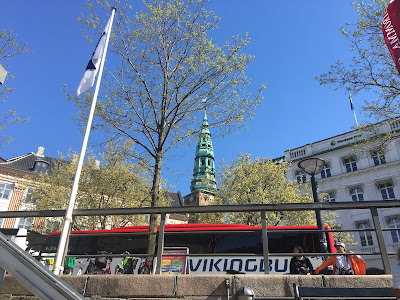 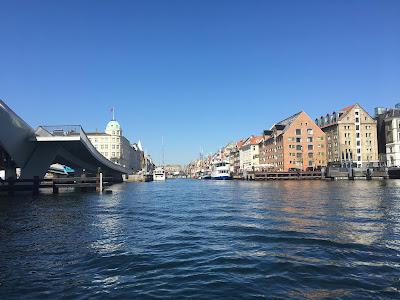 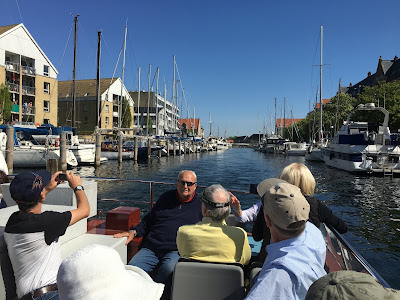 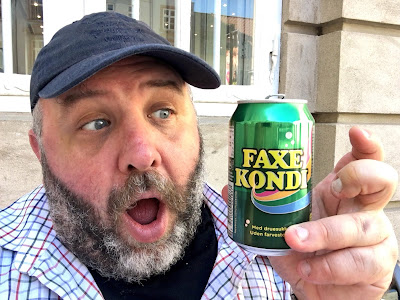 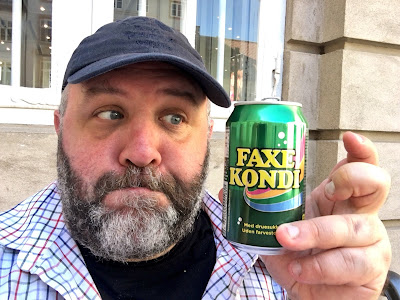 We travelled to Copenhagen on Monday 7th May 2018 - the journey went pretty well and once there we popped out for some wine and a bit of a picnic to have back at the hotel as we didn't really want to go too far... The hotel was close to the main railway station and the room was very comfortable - and surprisingly I managed to sleep pretty well the whole time we were away; I usually don't. On Tuesday 8th May we headed out - visiting a number of parks, including Rosenborg Castle Gardens (and the castle itself!) We also had a delicious meatloaf and potato salad open sandwich and did a little shopping - not to mention quite a bit of podcast recording. Dinner was from the supermarket again; no complaints there. On Wednesday 9th May we took a boat trip around the harbour and enjoyed a good lunch of bagels in a posh department store  before visiting a couple of museums in the afternoon; recording all the way... Thursday 10th May turned out to be a public holiday - we had considered going to Sweden over the big bridge - but instead we took the train to Roskilde and visited their local museum, contemporary art gallery, cathedral and rather unmanned tourist information centre! We also ate chocolate brioche - not to mention the Wagamamas that we had once we got back to Copenhagen! Friday 11th May we were heading home, although we would have had time for a random museum visit, but chose to just sit in the courtyard at the hotel and read - oh, plus a sneaky Wagamamas... (This was our third of the week. 1 at the airport and 1 the day before!) After this we headed to the airport and all very quickly were back home with our purring beauty, Mr Deeley. My only real regret was that I didn't make it into the Tivoli Gardens - it was a bit busy for Toby and every time we passed it I was hot and tired and couldn't be bothered. My bad. I didn't really want to go on any rides - my only reason for visiting was "podcast reasons"; so never-mind.

Next time we'll have been away again - this time in Marseille and I'll be discussing that, along with what ever other episodes of the podcast that I've managed to edit...

PS On Saturday 19th May (tonight!) I returned to RADIO WEY with Tim, Nathan and Nathan's mum, Patricia - I recorded events and hopefully they will be part of an episode coming soon! I read the following 100-word stories and one poem and Yeti Uncle John also made an appearance: 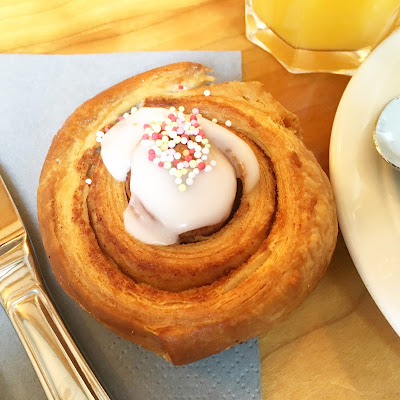 May is flying by - and THE SHY LIFE PODCAST just celebrated its 2nd birthday... We're just back from Denmark and are heading off to France any minute now - but meanwhile here are some of the shows that we'll be releasing over the next few weeks...

Find out what Mr Yeti got up to whilst in Copenhagen in early May.

178. Digging Into Unheard Of Places

179. Return Of The Brompton Time Machine

181. The Return Of Dameus The Interviewer


We learn a little more about The Alien Book which made Ikk so unwell at the start of the year - but, of course - things are never simple.


Paul and the gang find that celebrating Halloween is harder than usual in 2018. 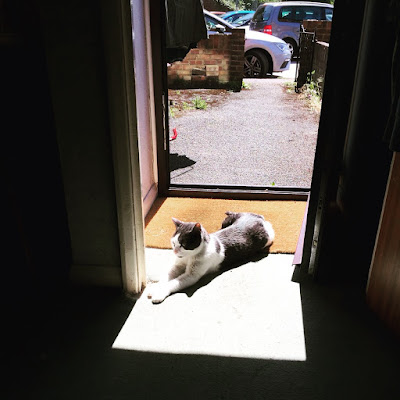 This post and all contents are Copyright Paul Chandler, 2018.
Posted by Paul Chandler at Saturday, May 19, 2018