OFF UP TO SCOTLAND... 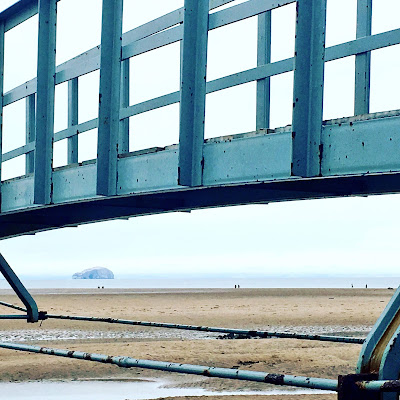 
This week I'm going to be sharing with you some of what I got up to during our holiday to Dunbar in Scotland, the other week. It's a place that I have spent many holidays in over the years as Calum's family have a lot of connections with the town... I haven't been there for a while - and certainly not since I started podcasting; so I have a lot of photos to share with you and have been busy recording the first part of a duo of episodes that will conclude during my trip to the Lake District in late August. These episodes will probably be released during September or early October.

Before we start discussing Dunbar - let me share with you another podcast episode that I release late last week:

Here we are for episode NINETY EIGHT and it's time for us to head to Germany - to the city of Hamburg for a lovely and well-deserved holiday! MORE! Our next episode, number 99 is all about Paul, Dameus and Yeti Uncle John going to Bettina's house for dinner! Will they finally get to meet Nathan after all this time? Do join us, won't you?! Please email me at shyyeti@yahoo.co.uk if you have any comments - you can even send me a sound-file and I'll include it on the show. The music is by Shy Yeti and Luca. All content of this episode is Copyright Paul Chandler, 2017.  Episode 98 was recorded between 18th May and the 3rd August 2017.

Before we continue - I thought I'd give you a brief breakdown of what episodes I expect to be releasing once episode 100 is out there... The order of these episodes may, of course, change...

All these episodes are already mostly recorded - save for the odd link or introduction...

In which Mr Yeti and the gang visit Bettina in her palatial home, for dinner. Will they finally get to meet Nathan?

In which Bettina and Aunt Tappie are finally reunited - but this is only the beginning of the excitement we have in store for this special episode!!

There will also be live episodes during the autumn and they will be fitted into this schedule. I expect these episodes to be released between late August and early October; the episode numbers listed are only provisional.

In which Mr Yeti catches up with friends and family back in his home-town...

In which Mr Yeti catches up with another awesome member of the Pride48 family...

In Bert and Gert get their own show - and we finally get to hear Cromitty's exclusive interview with Ikk!

In which Mr Yeti catches up with Toppie Smellie for another daft chat.

In which Mr Yeti relates a number of stories - but are any of them actually true!?

In which an apparently innocent visit to Kew Gardens becomes quite a nightmare for one Show Regular.

In which a casual remark on one of Mr Yeti's favourite shows triggers all manner of podcasting dilemmas!!

In which Paul travels to Scotland with Ikk with his search for the Loch Ness Monster.

In which Mr Yeti returns to help Ikk continue his hunt for Nessie - but this time they are searching beyond Scotland!!

In which Mr Yeti talks with friends and family about cats that have changed our lives...

The aliens produce a film all about some of the strange folk of Pride48 that they met back on Earth...

Bettina is having a bad day - whilst the rest of the team are busy elsewhere - and Dameus offers to take her out and about... It is his undeniable pleasure... An honour...

In which Yeti Uncle John takes a lead from Toby and considers a potential new career as a tour guide...

In which Mr Yeti explores the secret of the Brompton Time Machine in greater detail...

In addition to these episodes, Harry and I have a special show planned during our trip to Lille in late September - celebrating 30 years since we first met at school. Our Halloween episode is already recorded and I'll also be recording episodes overseas around the time of my birthday. All that and there are already one or two other episodes partially recorded that I don't have time to detail on this occasion; but watch this space - new episodes are being recorded every week and I have a list of special guests that I hope to speak to over the next few months! So it won't be ALL me and the regulars doing silly things... I promise!! 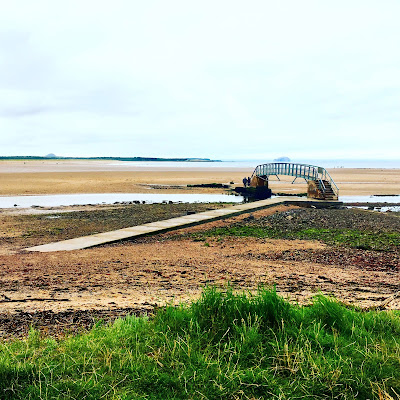 Right, time to move onto Dunbar and some of what I got up to...

Well, we made it to Dunbar - but not without problems! The long journey between London and Edinburgh was perfectly smooth - it was actually closer to home where I encountered delays and I had to travel in the wrong direction towards Woking to even get a train into London. Never mind. I left plenty of time and treated myself to a taxi at Waterloo; meeting up with Calum and his mum, Sheila, at Kings Cross with 45 minutes or so to spare. The actual main part of the trip I spent listening to podcasts and messing about with filters on Instagram. Once safely installed in our hotel - The Dunmuir Hotel we popped down the road to have dinner and drinks at a rival establishment, The Hillside where I managed to have haggis twice; once in breadcrumbs for a starter and once as the filling my main course, Chicken Balmoral. Sadly they were all out of haggis ice cream and so I had to make do with warm chocolate fudge cake.

Today, after a full Scottish breakfast we stayed local and explored some old haunts around Dunbar - starting at The Harbour before we worked our way down to Belhaven Bay. We had a lunchtime gin and tonic (well I did!) in The Mason's Arms and then had a toasted tea cake in a coffee shop on the High Street - not to mention a scoop of Irnbru-flavoured ice cream and then another, banana. Less of a lunch than a mid-afternoon sweet-treat! As we walked around I took plenty of photos and recorded for my Scottish podcast episode; although most of Ikk's communications were recorded back in our bedroom, every morning before breakfast. We had a nice meal at the hotel with Calum's Auntie Kate and her partner, David and family friends, Louise and David. My dinner consisted of relatively small portions and fishy ones too - but that's not a bad thing; very tasty too! Calum's steak was enormous though!!

Wednesday was wet and yet we headed for Edinburgh. Not a lot of recording took place - but I did pick up sound around one of the art galleries, with plans to add another Ikk chat to it later. Cake was eaten! Cups of coffee were drunk and alcoholic beverages pursued. I bought a handy bag, shortbread biscuits, birthday cards, new pants and... well, that was about it! In the evening we went out for curry and I very nearly lost my Venice baseball cap. Thankfully I realised in time and the hat was retrieved. Phew!

Thursday was a bit of adventure! After another of those tasty Scottish breakfasts we headed for the station and caught a train to Berwick Upon Tweed and we then went from there by bus to Holy Island, sometimes known as Lindisfarne. Getting there and back is rather dependent on the tides and so we had to pick our moment. Calum and I went there about 10 years ago, but this time the castle was covered by scaffolding - so it was rather less impressive; but it was still nice to be back. I did take some nice photos and enjoyed watching the boats come in, though and was able to buy a few trinkets from the National Trust shop - namely postcards, a calendar and some posh strawberry jam. I also had a nice cheese and piccalilli sandwich in the Crown And Anchor pub; so it was all good! Back in Berwick later we visited a restaurant called The Grill On The Hill and I had Cajun salmon! Very nice too. No starters or dessert; we were good. Ish.


Today we were travelling home - after our last Scottish breakfast of the holiday; we couldn't possibly have returned without one of those. It was a long journey, with a change at York and then a taxi back across from Kings Cross to Waterloo - but we made it without too much delay. Calum took his mum back to Camberley and I was back in the flat by mid-afternoon - in time to record the emergency episode (97) of the podcast, which I eventually posted on Saturday evening. A good holiday - and the first of two that I get to enjoy over the summer holidays... My next trip is to Keswick in a couple of weeks time - so more about that once I've been there!

Here are some photos that I took on our recent visit to Dunbar - including days out to Lindisfarne and Edinburgh; although most of these are from my trip to Holy Island... 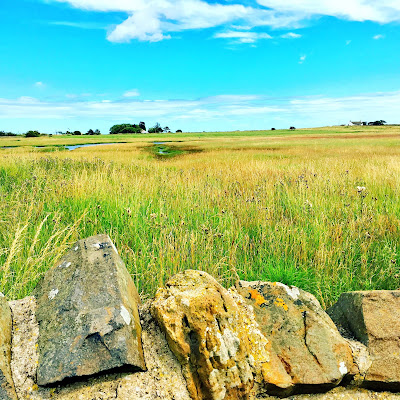 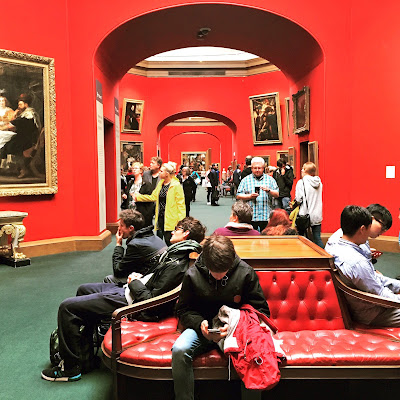 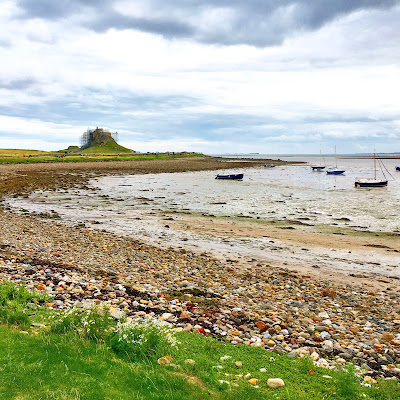 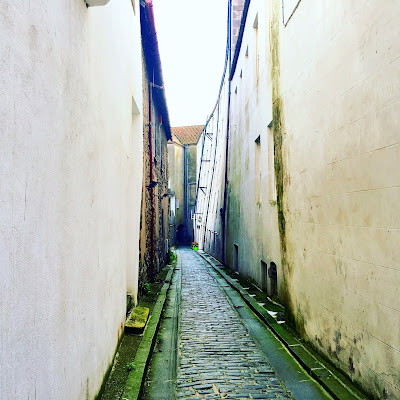 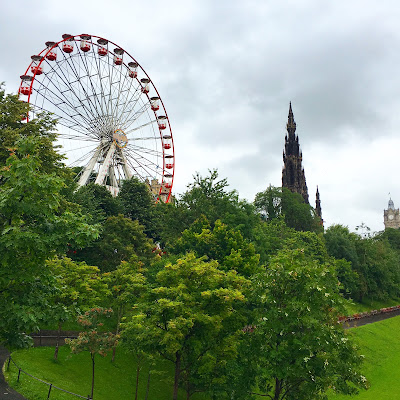 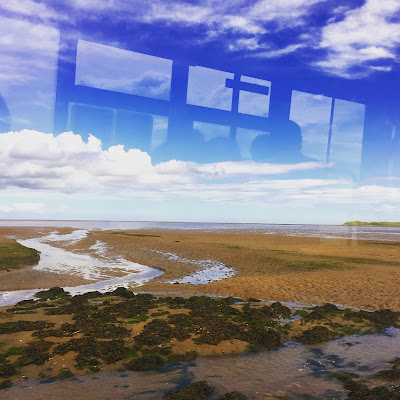 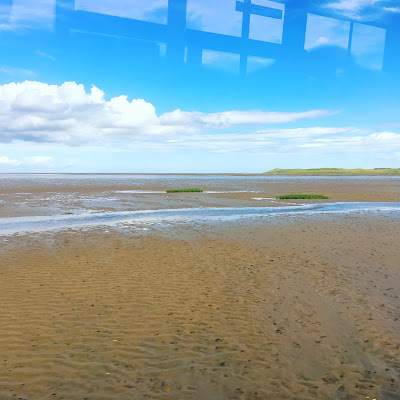 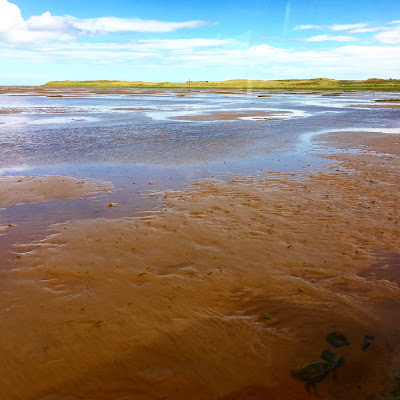 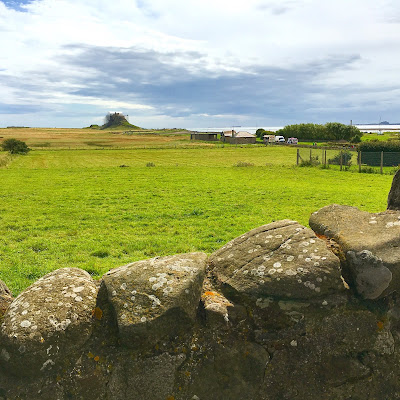 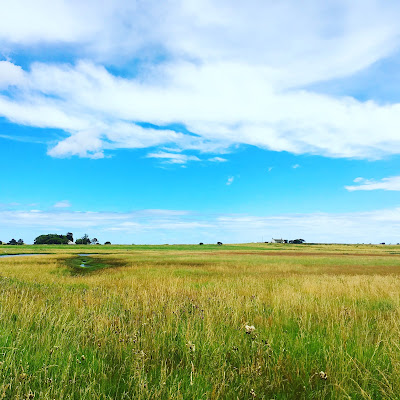 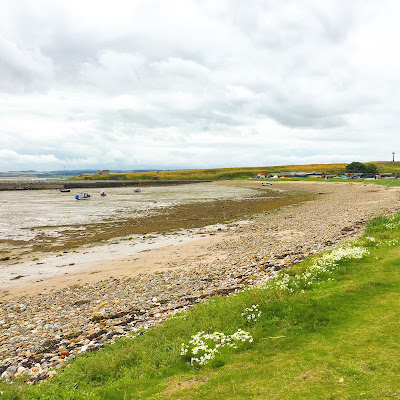 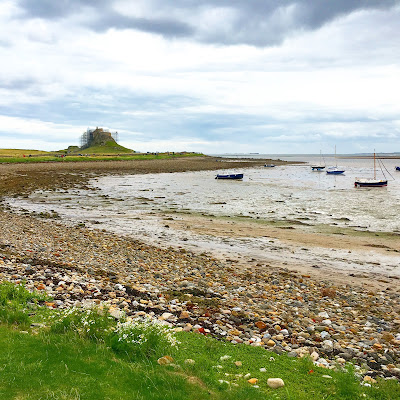 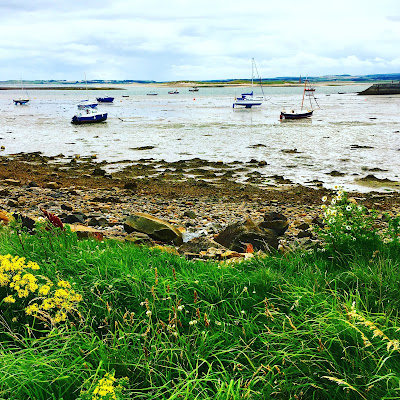 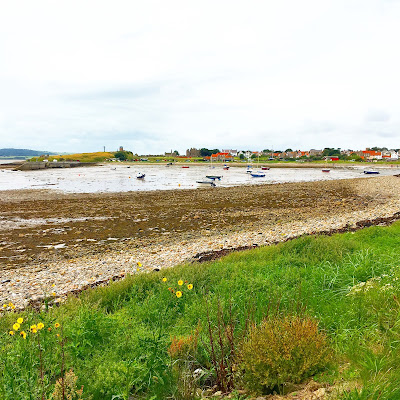 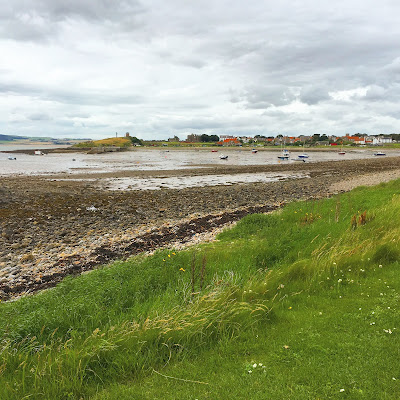 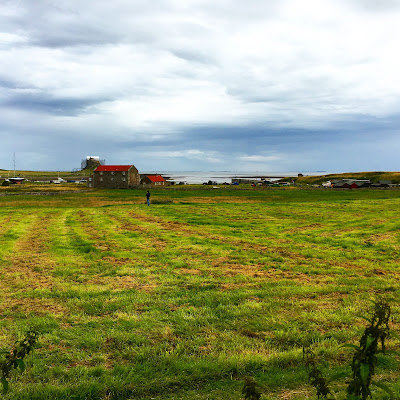 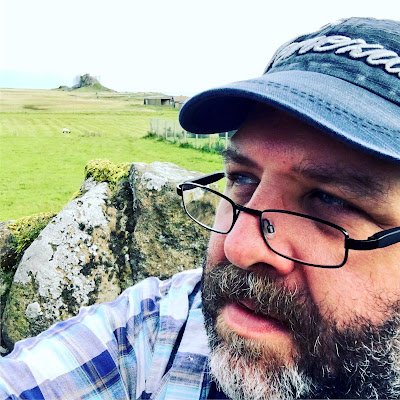 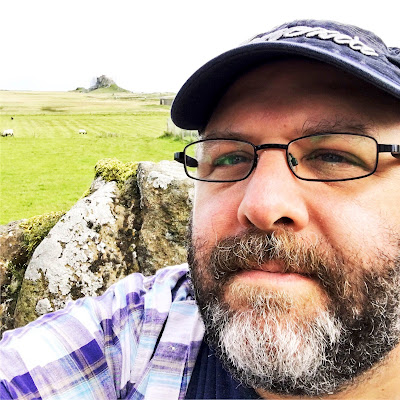 All in all I'm very happy with all the recording I did when I was away. We'll be back in Dunbar later in the year when the episodes are released and I've saved a number of photos from the trip to post when we do...

Next time we'll finally be releasing those new script-books... Honestly!

P.S. We finish with the rather disturbing sight of a one-handed chef chasing a distressed gnome; as spotted by myself in the back garden of Ship Inn, a pub on Holy Island!! Why does nobody report these shameful goings on!?! 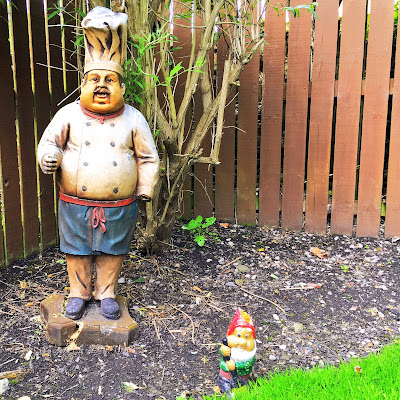 This post and all contents are Copyright Paul Chandler, 2017.
Posted by Paul Chandler at Tuesday, August 08, 2017